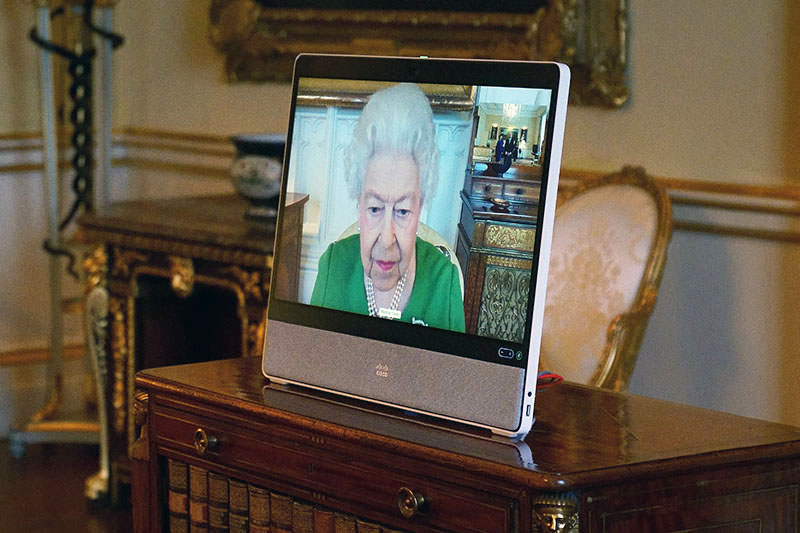 Queen Elizabeth II held virtual meetings with the ambassadors of Chad and Andorra after recovering from COVID.

The British monarch held meetings via videolink from Windsor Castle more than a week after testing positive for the coronavirus. The Queen, who is triple vaccinated, experienced mild flu-like symptoms. 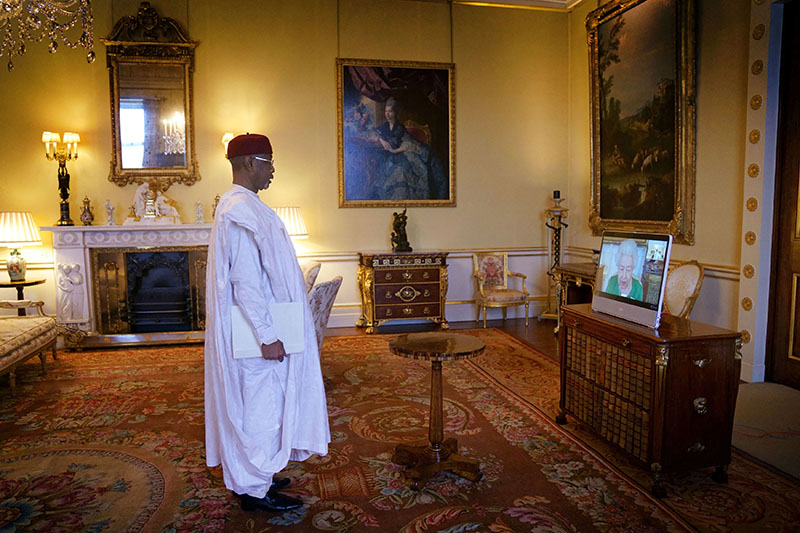 She spoke with Chad's ambassador to the United Kingdom, Kedella Younous Hamidi, and the Ambassador of Andorra, Carles Jordana Madero, at Buckingham Palace on Tuesday.

Even though she was on a monitor, the ambassadors still maintained a 6-foot distance from the screen in accordance with Britain's COVID restrictions.

In February, Instagram blogger Jason Lee reported the Queen was dead after he received a tip from a random person on social media.

Despite the Queen's appearance today, American conspiracy theorists still insist Her Majesty has a "body double".

If nothing else, Americans are persistent.