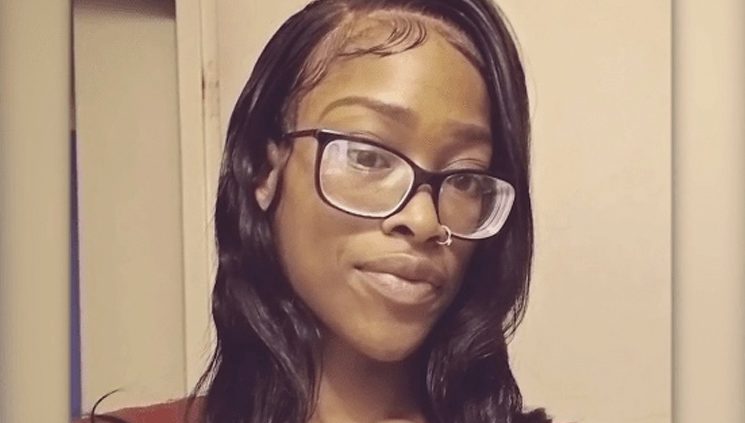 Missouri detectives are investigating the death of Asia Maynard, whose body was found in a man's home after they went on a date on Feb. 18.

Police questioned the man who reported Maynard's death, but he was not detained.

Authorities initially said there was no foul play in the death of the mother of four. Her body was found on Feb. 19 at a home in the 8200 block of East 57th Street in southeast Kansas City.

Police did not disclose the cause of death. Unofficially, Maynard died of a drug overdose.

Maynard's sister, Teara Maynard, called police to file a missing person's report on Feb. 20. She was later notified that Maynard was found dead.

Teara Maynard believes the man gave her sister drugs that caused her death.

"All we really want is answers of what really happened," Teara Maynard said.

Maynard's case is drawing similarities to Lauren Smith-Field (pictured), who was also found dead after going on a date with a white man.

The man told officers he woke up next to Lauren, and saw "blood was coming out of her right nostril," and "she was not breathing."

"When we asked about this guy, [the detective said] 'he was a nice guy, there was no need to investigate," Lauren's father, Everett Smith said.

Lauren's family announced a lawsuit against the city of Bridgeport, Connecticut over its investigation into her death. They said Lauren didn't do drugs.