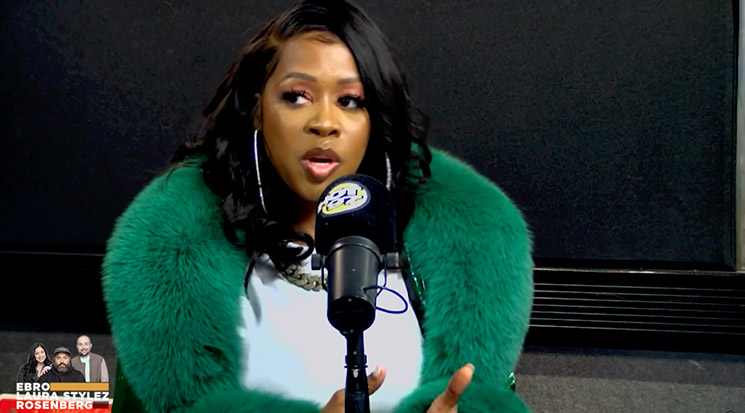 Remy Ma explained why she prefers male Uber drivers in a discussion about sexism across all industries.

In an interview with Ebro in the Morning, the 41-year-old rapper said she believes in traditional male/female roles.

While Remy praised independent working women, she also admitted there are things men do better than women.

"Unfortunately, whatever field you're in - if you're a woman - your gender is probably gonna be placed before your occupation," she said.

She also admitted she never chooses a female Uber driver because she believes women can't drive better than men.

"Female Uber drivers. I tell people all the time: that's, like, my biggest thing, if I see it I'm declining it," she said. "Because I don't want a woman driver, period. Because most women can't drive, I'm sorry."

However, Remy was quick to say she trusts her own driving.

"But, for the most part, one time I got into the car [with a women driver] and I was peeling the skin off my eyelids. She was stopping at yellow lights... I'm telling you I know it's a problem because I do it in certain instances, and I am a whole woman that is all for female empowerment, but I don't want a woman driver."