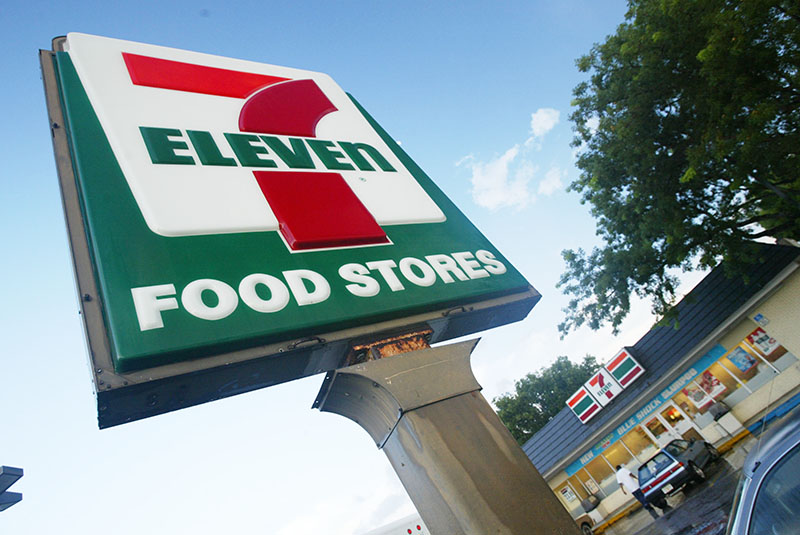 A viral video shows an illegal skimming overlay on a card reader at a 7-Eleven store on Shaw Avenue in Fresno, California.

The skimming device was discovered by Twitter user Joseph Harris who uploaded the video online. "Be careful, y'all," Harris says in the video as he lifts the illegal device from a card reader. 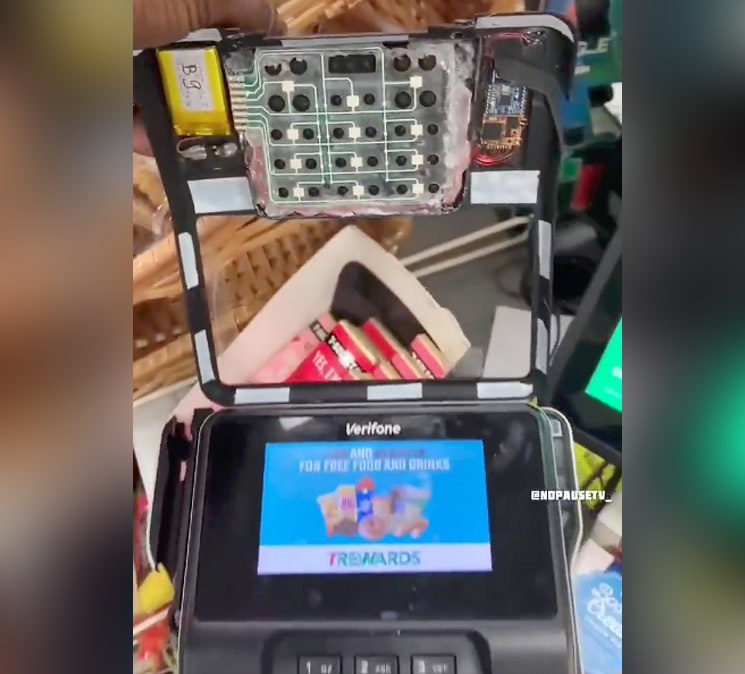 I remember working for a bank and somehow they got a skimmer on the ATM INSIDE one of the branch locations.

Sgt. Martin VanOverbeek with the Fresno Police Department's Financial Crimes Unit says some skimming devices "have the ability to store the info and connect via Bluetooth while parked outside to download the skimmed card info."

He said the skimming device at the 7-Eleven is "one of the more sophisticated overlay devices out there."

Once the criminals get your card and PIN numbers, they go on shopping sprees and drain your bank account.

The 7-Eleven employees told police they did not install the device over the card reader.

"Despite some of the negative comments on the business/employees, it is highly unlikely they knew the device was present," he tells Fox26 News. "What has happened in the past is the clerk is distracted by another suspect asking to see something behind the counter or in the back of the store while the overlay is installed on a functional Point Of Sale (POS) device by a second suspect."

He said it only takes seconds to install the devices when employees aren't looking. Later, they return to the store to remove the device and collect the data on it.

Oh they're slick asl.. This is in Fresno, Cali I think.. Gotta watch out for these skimming devices fr.. They put em on ATMs too pic.twitter.com/JH5ijhDyP4

Twitter users offered tips on how to detect a skimming device on a card reader. Some of the tips include tapping the device to see if it sounds like cheap plastic. And feel around the card reader for loose parts.

Feel around the sides of the machine, everything should be very flat and seams should be the same height and barely separated. Near num pad, also check seams to see if the buttons feel weird, or if the rubber can be pulled up. Buttons should be firm not squishy

Some have attachments like the ones ppl put at pumps have an additional black piece that attaches to where you insert your card. Also gas pumps have a seal on them. If the seals broken the pumps been tampered