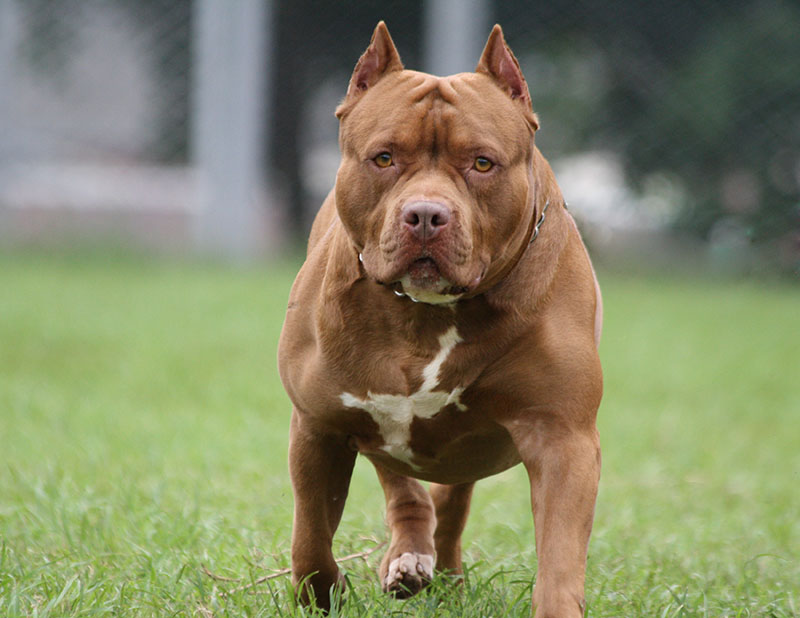 A 1-year-old girl was mauled by her family's pit bull dogs and will undergo a second surgical procedure, CBSLA reports.

The attack happened at Morales' home in Pico Rivera, California at approximately 10:15 p.m. on Sunday.

One-year-old Ruby is in the hospital this morning, after being attacked by her family’s pit bulls. Her mom stabbed the dogs to save her. @CBSLA pic.twitter.com/4FiyzPanUW

Morales said the 2 dogs were let inside the house and they immediately attacked Ruby. Morales watched in horror as the two Pitt bull dogs fought over little Ruby as if she was a chew toy.

Several family members tackled the 2 dogs to pry the baby from their jaws. However, the dogs became more aggressive and refused to let go.

That's when Morales grabbed a knife and stabbed the 2 dogs, killing one.

"It was very scary, I thought my daughter was going to die," Morales told CBSLA.

"I felt helpless. Me being helpless, and me not knowing what to do. The only thought in my mind was I had to kill him, I had to," she said.

Morales suffered bites to her face during the attack, but she was able to save her child.

Ruby's grandmother, Margaret Morales, was also injured when she tried to pry the dogs' jaws apart.

"My granddaughter's fine, she's in surgery right now... bit her ankle, her shoulder," Margaret told CBSLA outside the home.

The second pit bull was taken to Los Angeles County Animal Care and Control where it will be put down.