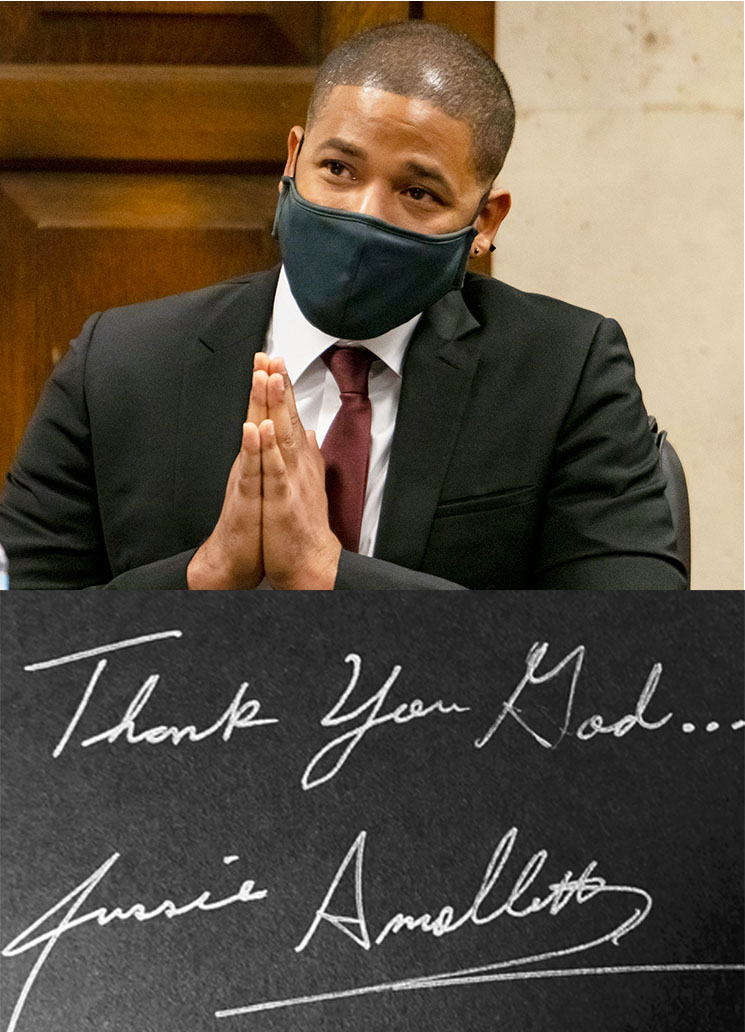 Jussie Smollett released a new single in which he declares his innocence and calls out his enemies who labeled him a pathological liar.

Smollett was convicted in March of lying to Chicago police about a hate crime hoax.

He was sentenced to 150 days in the Cook County Jail, but he only served 6 days. He was released from jail on March 16 while he appeals his conviction.

Smollett sings, "Thank you God for showing me my enemies." He also claimed his lies were corroborated.

"I never played the victim / Just trying to let y'all know / The truth about the distraction political show."

He also sings: "You think I'm stupid enough to kill my reputation?"

"It's like they're hell-bent on not solving the crime / Taking out the elements of race and trans and homophobia that's straight taking lives / But turn around and act like I’m the one that killed the strides."

Smollett said proceeds from the sales of the single will be donated to Rainbow Push Coalition, Secure the Bag Safety and the Illinois Innocence Project.