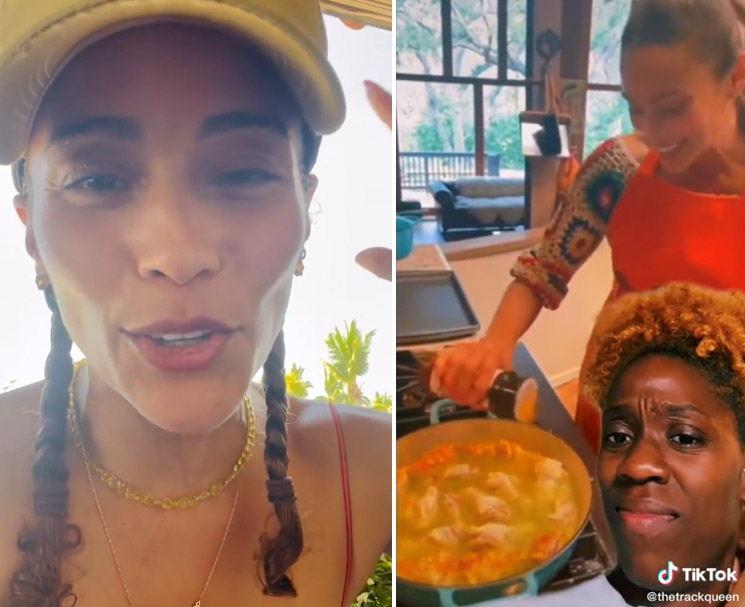 Paula Patton was vacationing in Mexico with her son, Julian, when her mom's original fried chicken recipe went viral on social media.

Paula was gracious and acknowledged the criticism in a video on her Instagram account. She didn't go in too hard on her critics.

"I just wanted to respond and say, listen, I get it. It might look crazy. It is the way we do it. My mom taught me. It is my mom's recipe," she said.

Paula also said, because of the way the video was edited, it may not look like she washed the chicken in water long enough. She said she did wash the chicken, because she fed the chicken to her son and his entire school.

There is no need to soak chicken in vinegar or lemon juice because bacteria can't survive in 425-degree temperatures in the oven.

"It's all good, because everybody's got their own way of making things," Paula said. "I'll take suggestions. I make a new kind of fried chicken, but I'm gonna always make my mom's chicken the way that she did it. We put the seasoning in the oil and all that. It's just the way we do it."