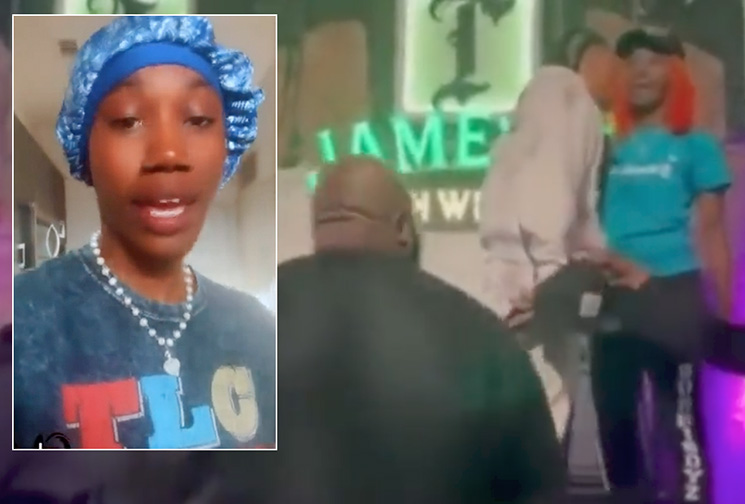 Will Smith's assault on comedian Chris Rock at the 2022 Oscars has already spawned a copycat incident in Atlanta.

Smith single-handedly destroyed his career when he walked onstage and slapped comedian Chris Rock for joking about his wife.

The incident happened at Our Bar ATL on Edgewood Avenue in southwest Atlanta.

The comedienne, Lauren K, held her own when an outraged T.I. told her to "stop playing wit me!"

She reminded him that "this is my sh*t!" just before he snatched her mic out of her hand. Security guards surrounded them while they talked it out onstage.

Afterwards, Lauren K said the incident unfolded after the "No Mercy" rapper heckled her from the audience and told her to take her wig off. She responded, "I'll take my wig off, when you address those allegations."

T.I., who had his own mic, began yelling at Lauren to stop talking about the allegations that he sexually assaulted multiple women. No charges were ever brought against him.

The enraged rapper verbally abused the aspiring comedienne. At one point he called her a b*tch and ni**a," as boos rained down on him from the crowd.

The 41-year-old Grammy-winning rapper has embarked on a new career as an aspiring comedian. He routinely hones his new craft at comedy shows around Atlanta.

T.I goes off on comedian for joking about his sexual assault allegations at a Comedy show pic.twitter.com/NLVXcS6Gpn

The comedian (@ShesLaurenK) says T.I was being a heckler telling her to take her wig off and got hit with a “I’ll take my wig off, when you address those allegations” response pic.twitter.com/3QCjZroicm