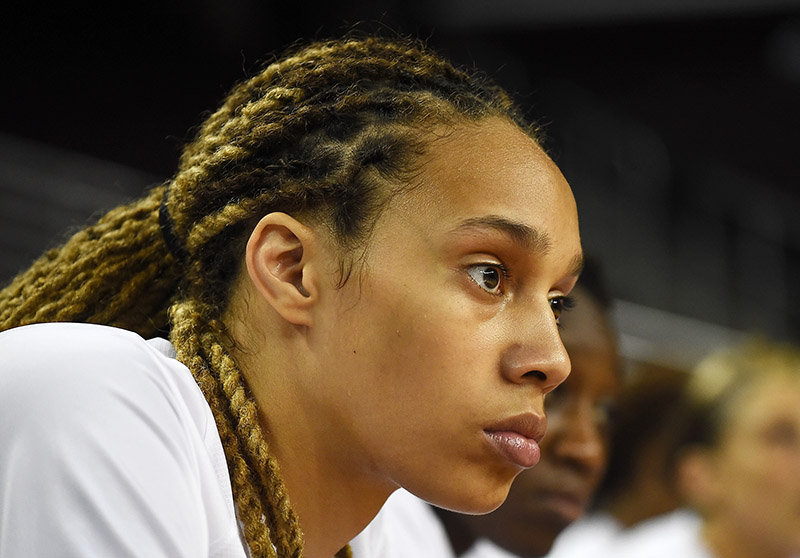 The WNBA Players Association believes seven-time WNBA All-Star Brittney Griner is imprisoned in Russia "because of a gender issue."

The Phoenix Mercury star has been detained in Russian for 56 days. The 31-year-old WNBA center was charged with smuggling hash oil or weed oil into Russia in February.

Griner's name was pushed out of the headlines after Will Smith assaulted comedian Chris Rock at the 2022 Oscars on March 27.

The WNBA draft on Monday put the focus back on Griner. 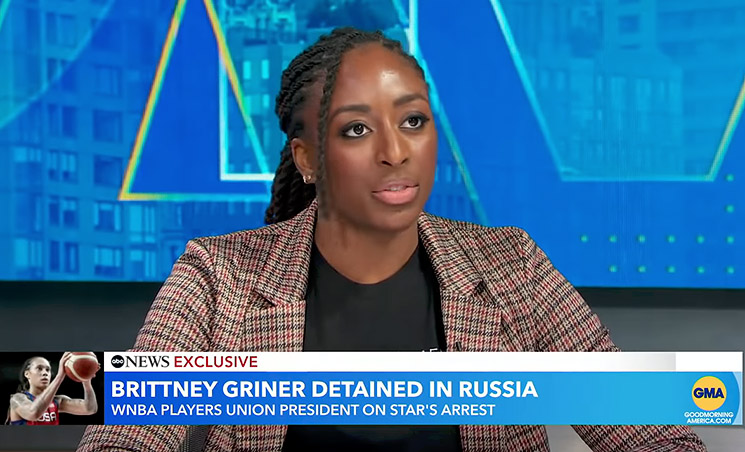 Ogwumike said the initial strategy was to remain silent to prevent the Russians from using Griner for political leverage. However, now that strategy has changed.

"We move intentionally and given the nature of Brittney's situation -- it was very important for us to be intentional about doing the best thing to ensure that we don't compromise her coming home," Ogwumike told Robin Roberts.

"A lot of that had to do with educating ourselves about the details of what was going on. As much as we could know. But then understanding how important it was for us to be strategic about when and how we speak about her."

Griner's request to be released on house arrest in Russia was denied last month. Ogwumike said Griner's gender is the reason why she's still in pretrial detention.

"When is it not? It's disappointing that the question of it being a gender issue is top of mind now when it comes to this type of circumstance and the reality is she's over there because of a gender issue, pay inequity," she said.

"I played in Russia for four years and played in Poland for one year and China for two years. We go over there to supplement our incomes and quite frankly to maintain our game. Our teams encourage us to keep up with our game by going over there and being more competitive. There's so much that's at play that, you know, we live politically intrinsically." 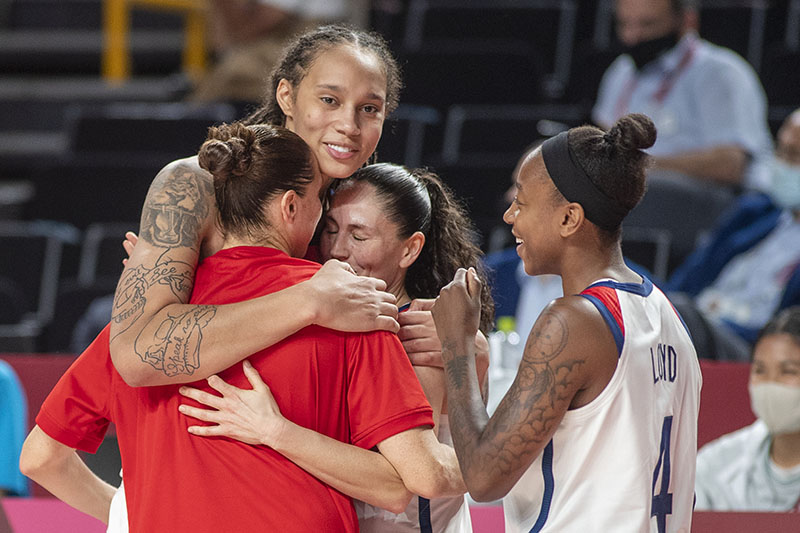 Griner earned $1.5 million per season playing for a Russian women's basketball team. Her salary with the Mercury was $228,000 a season.

"Before we get into tonight's events, I want to take a moment to reiterate the WNBA's support for Phoenix Mercury star Brittney Griner," she said. "Please know that getting her home safely continues to be our top priority."