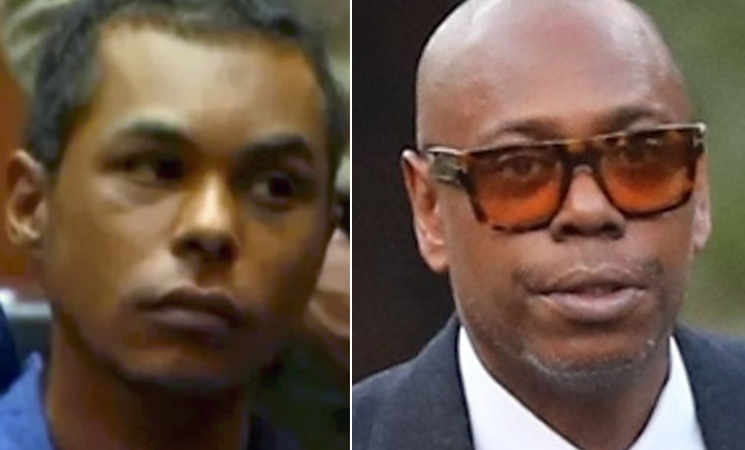 Dave Chappelle's attacker explained why he rushed onstage and body slammed the comedian during a "Netflix is a Joke" show at the Hollywood Bowl on May 3.

Police say Isaiah Lee jumped a barrier and rushed the comedian onstage during the show.

RELATED: No felony charges for man who attacked Dave Chappelle

In a jailhouse interview, Isaiah Lee said he was offended by Chappelle's LGBT+ jokes, which Lee said was "triggering."

"I identify as bisexual, and I wanted him to know what he said was triggering," Lee said Saturday.

"I wanted him to know that next time, he should consider first running his material by people it could affect."

Lee, who suffered a broken arm during the incident, said he grew angry and frustrated with Chappelle's prior controversies.

Lee is being held at the Twin Towers Correctional facility in Los Angles on $30,000 bond.

He was also charged with attempting to kill his roommate during an altercation earlier this year.

Lee was a ward of the state who was taken in by his grandma, Joy Chatel, who died when he was 14. He was diagnosed with "displacement anxieties," and other emotional problems, according to a court filing.

Lee is an aspiring rapper who dropped a track titled "Dave Chappelle" in 2020.