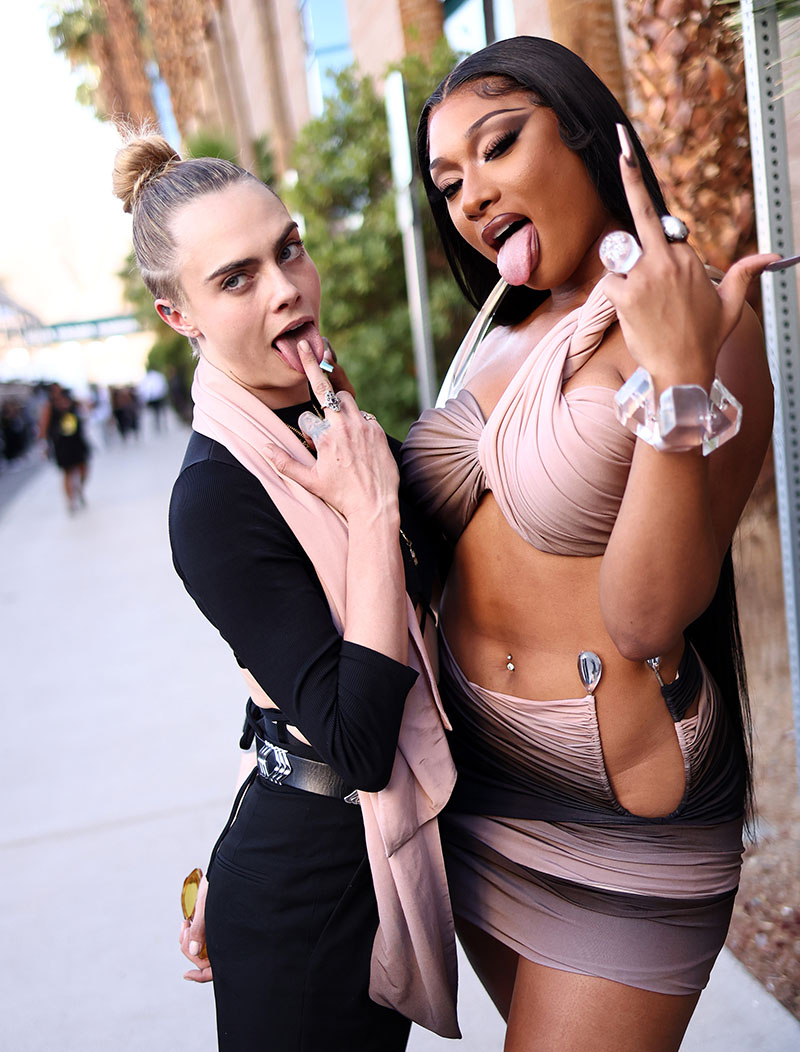 Cara, who is openly lesbian, has been linked to other female celebrities such as Rihanna, Miley Cyrus, Michelle Rodriguez, and Paris Jackson. And she once molested singer Azealia Banks onstage, according to Rhymeswithsnitch.

Cara and Megan trended on Twitter, as fans begged the model to leave Megan alone.

Fans were upset that Cara was Megan's +1 at the BBMAs. The two women were inseparable all night. Photos showed them together on the red carpet, in the audience, and at an after party. 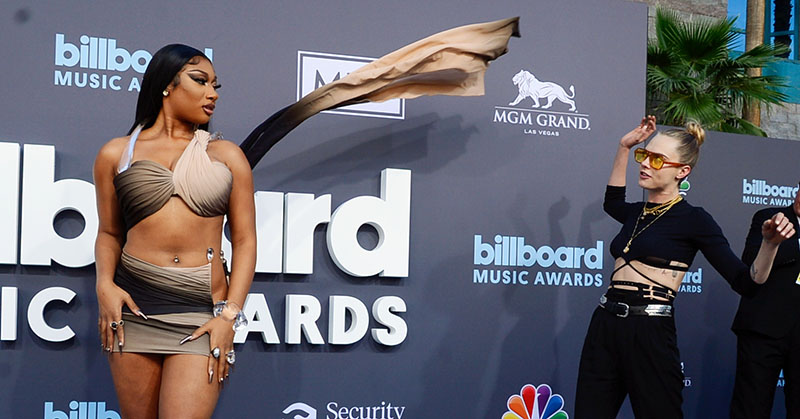 In one photo, Cara is seen flinging part of Megan's dress in the air. But fans were not impressed. They called Cara's devotion to Megan "embarrassing" and "cringe worthy."

One Twitter user wrote: "Can she leave Megan alone yo."

"I think we need to enforce a law that bans Cara Delevingne from being in the 10ft radius of any Black woman."

"Why in every piece of media I see of Megan at this awards I see Cara Delevingne 5 inches away from her."

"Cara Delevingne's behavior so greatly outweighs anything embarrassing I've ever done that I think she cured my anxiety."

"Cara Delevingne is simply desperate to f^ck a straight Black woman. First Azealia now Megan. She's in for a rude awakening when she finds out acting like the gross version of a cool girl only works on straight white women not Black women."

why is cara delevingne always present in megan’s photos like a new york city rat https://t.co/Zn8Ptj02Vu