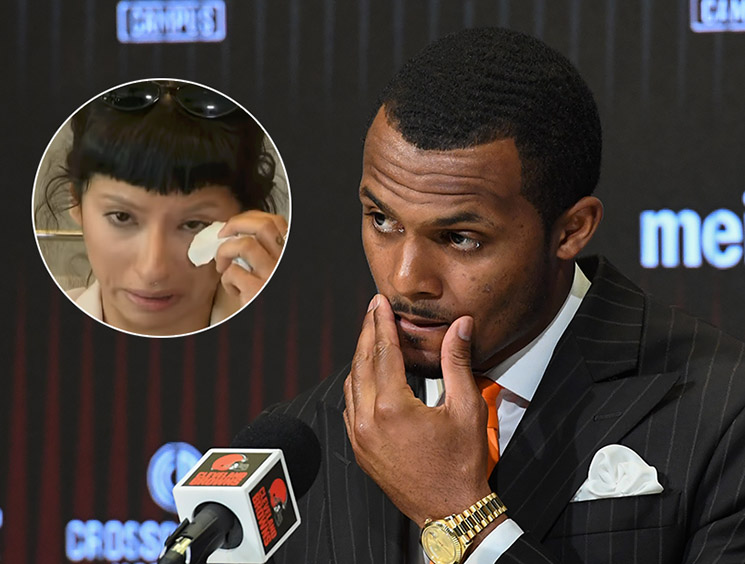 But his legal troubles aren't over yet.

Watson, 26, has been sitting for depositions in the many civil lawsuits filed against him. He also met with NFL executives who heard him admit that he made massage therapist Ashley Solis cry when he exposed himself during a massage session.

He also admitted to sending an apology text to Solis afterwards, according to her attorney, Tony Buzbee.

Buzbee said in the lawsuit that Watson exposed himself to Solis and purposely touched her with his penis after a massage. He allegedly told her to focus on his groin area during the massage. His actions made her cry and she abruptly ended the session.

Afterward, Watson sent a text to Solis, which is part of the lawsuit.

"Sorry about you feeling uncomfortable. Never were the intentions. [Let me know] if you want to work in the future. My apologies."

Solis was the first of 22 women to file a lawsuit against Watson alleging sexual misconduct during massage sessions in her home from early 2020 to 2021.

"I replay the incident over and over in my head as if I'm trying to wake up from some horrible nightmare, only this nightmare is real," Solis said during a press briefing in April 2021.

Geico Ordered to Pay $5.2M to Woman Who Said She Caught STD During Sex in Car