ET tweeted: “Ludacris is mourning the death of his longtime manager.” 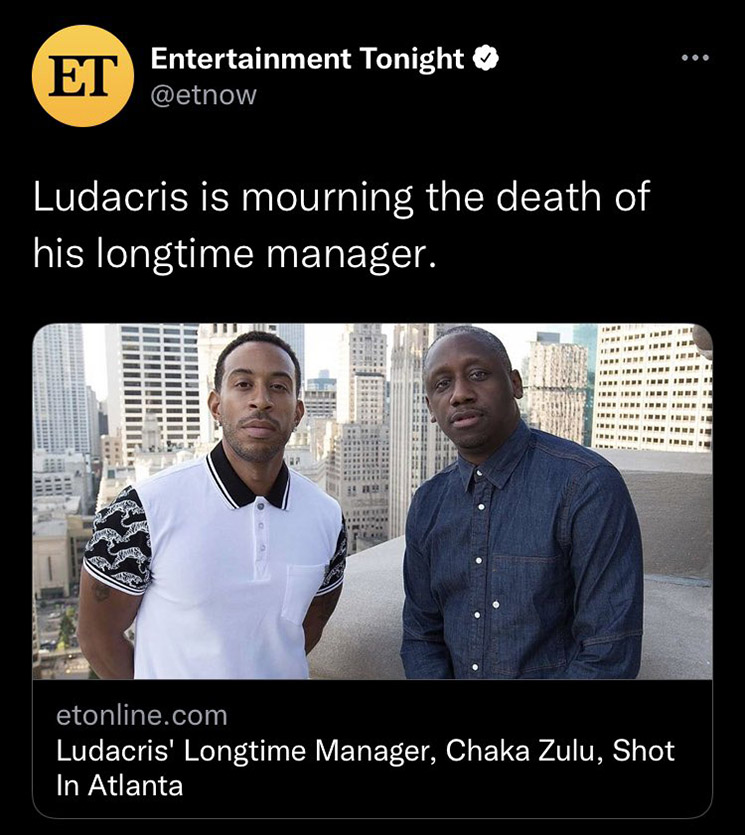 Chaka was one of three people shot on Sunday night in the parking lot outside Apt 4B, a Caribbean restaurant and bar owned by Zulu in Atlanta’s affluent Buckhead neighborhood.

According to sources, Zulu was breaking up a fight between a man and his girlfriend when the man pulled a gun and opened fire.

Atlanta police reported that one man died at the scene, while Zulu and another man were transported to a hospital.

Zulu, who was shot twice in the chest, underwent two surgeries and is recovering in critical but stable condition in an intensive care unit.

Cell phone video uploaded Monday by @ATLuncensored showed Zulu motionless on the ground after the shooting. A woman tends to him. The video has since been deleted.

In a statement to WSB-TV‘s Michael Seiden, former Atlanta Mayor Kasim Reed said, “We are fortunate to report that Chaka Zulu is in stable condition and recovering. The family thanks everyone for their well wishes and prayers, and asks for their privacy at this time.”

Investigators are reviewing surveillance footage to identify the suspect. No suspects are in custody. 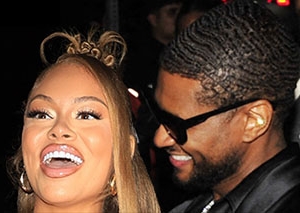