A lawyer representing Deshaun Watson says 20 0f 24 lawsuits filed against him by massage therapists have been settled. The 4 remaining lawsuits are expected to go to trial.

The Cleveland Browns quarterback has reached an agreement to settle 20 of the 24 civil lawsuits filed by women who claimed he sexually harassed them during massage therapy sessions, an attorney for the women said Tuesday.

“Today I announce that all cases against Deshaun Watson, with the exception of four, have settled. We are working through the paperwork related to those settlements,” said attorney Tony Buzbee, who is representing all 24 women. “Once we have done so, those particular cases will be dismissed. The terms and amounts of the settlements are confidential. We won’t comment further on the settlements or those cases.”

Buzbee said 4 of the lawsuits are not settled and will go to trial.

“I never assaulted anyone,” Watson said in his first public comments since signing with the Cleveland Browns in March. “I never harassed anyone or I never disrespected anyone. I never forced anyone to do anything.”

Watson previously settled lawsuits by women in Houston before departing for Ohio.

In March, two separate Texas grand juries declined to indict Watson on criminal charges. But the NFL is considering suspending the promiscuous quarterback for the entire season.

Watson signed a 5 year, $230 million contract with the Browns, including a $44.9 million signing bonus in March.

It isn’t clear what will happen to his contract if he is suspended for the entire year. 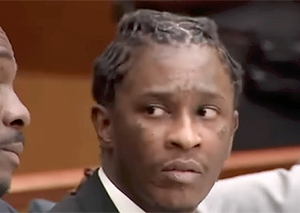