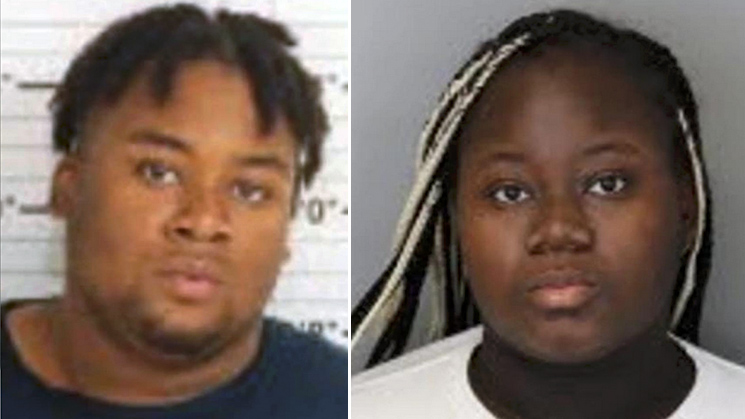 A Tennessee man apologized to his girlfriend's mother before his sister shot his girlfriend in the front yard of her Memphis home on June 16.

The victim's mother told police that she had just arrived home from work, and was talking to her daughter outside when her daughter's boyfriend, 20-year-old Anthony Taylor, arrived in a car driven by his sister, Antorya Perry, 23.

Perry allegedly tried to run over Taylor's girlfriend before Taylor got out of the passenger side of the car holding an assault rifle.

"I was outside when he and his sister pulled up and was trying to beg him not to shoot my house up, trying to talk to him," the mother said.

The girlfriend's mother said Taylor told her, "I'm sorry momma, I got to do it."

Then Perry snatched the rifle out of his hands and began shooting at Taylor's fleeing girlfriend.

The victim was shot once but managed to get inside the house. She was treated a local hospital for a gunshot wound. Her condition is unknown. Two others inside the house were also injured during the shooting. The extent of their injuries are unknown.

Police said Perry and Taylor then got back in the vehicle but continued shooting at the house as they drove away, WHBQ reported.

The mother knows the siblings well, WREG reports. She said her daughter and Taylor "have been dating since 8th grade."

On June 18, the victim's mother identified Perry in a photo lineup. Taylor and Perry were both arrested and face six counts of Aggravated Assault.