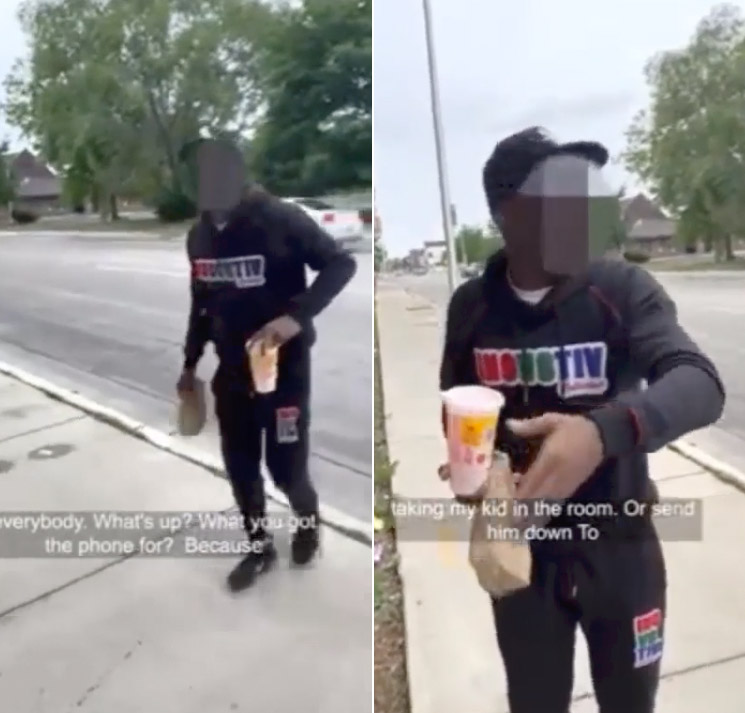 The Internet is debating a viral video that shows "Lisa," a mother-of-four, arguing with one of her baby daddies for bringing a McDonald's meal for his son, but nothing for her other 3 kids.

Rather than thank him for providing for his son, she threatens to "expose" him for not feeding her other kids.

"It ain't more than enough food in that bag for everybody," she yells, as he arrives with a McDonald's meal and a drink for his son.

"That don't look enough for all my kids!" she says. "What about my other kids?"

"What about your other kids? They ain't my kids," he responded.

"But them yo' kid's siblings though," she snaps back. "My other kids finna be left out..."

"You didn't feed them?" he asked her.

At some point, he asked Lisa to send his son downstairs to the car to eat his sandwich. He said the boy could eat in his room - away from the other children - or eat in his car.

He also told her that he is only responsible for his child, and she should call the other fathers to feed their own kids.

After some intense back and forth arguing, Lisa grabbed the bag and drink out of his hands and tossed them on the ground.

Her frustrated baby daddy got back in his car and left. Hopefully, he drove straight to the courthouse to file for custody of his son.

The video proves why Lisa is raising her four children as a single mother.