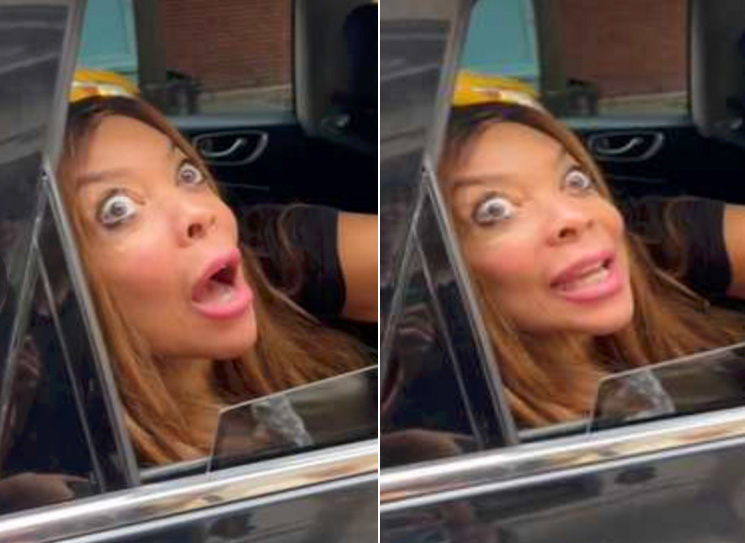 Wendy Williams entertained a pair of fans who began recording when they spotted her in a limo in NYC recently.

In the video, Wendy shows off her stunning diamond ring.

She seemed to misunderstand when a fan asked her to say something for the camera.

She responded, "Ah, he's out... getting stuff. I'm waiting for him to come back."

It isn't clear who she was referring to.

Wendy, 58, has opened up about her battle with Graves' disease in the past. Graves' disease is an autoimmune disorder that causes the immune system to attack the thyroid gland located at the front of the neck.

The disease can cause swelling around the eyes, causing the eyeballs to protrude.

Wendy was on hiatus from her daytime talk show when her production company replaced her with Sherri Shepherd, who said she was "truly concerned" for Wendy.

Shepherd paid tribute to Wendy in an emotional final episode of The Wendy Williams Show in June. "You are loved by so many," she said.