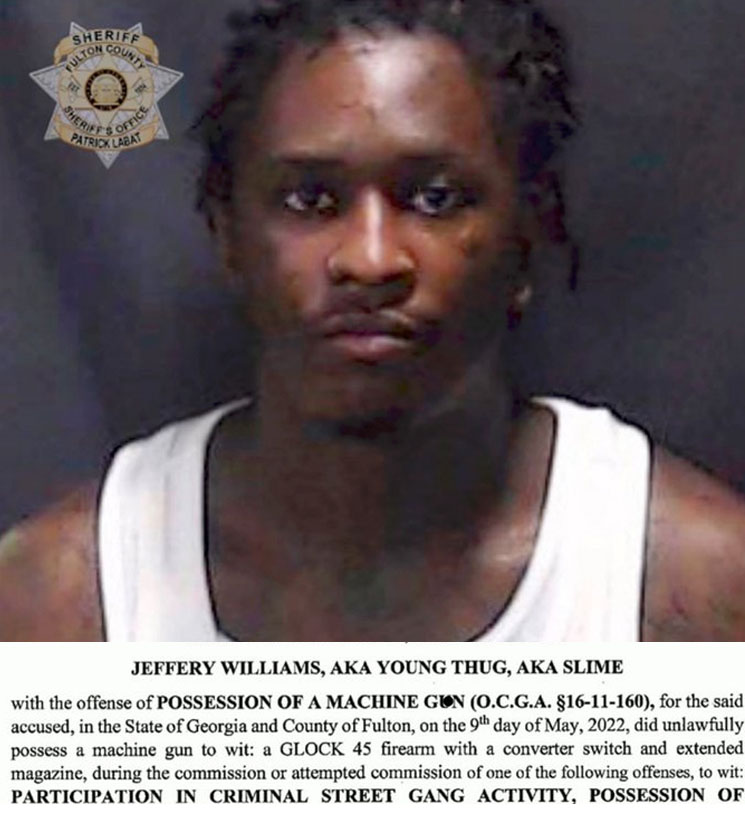 The new indictment charges Young Thug with possessing a Glock handgun equipped with a switch that converts it into a machine gun capable of firing 100 rounds of ammunition in less than 30 seconds.

The co-conspirators were employees of Young Stoner Life Records, Thugga's record label based in Atlanta.

They have all been jailed without bond since their arrests. 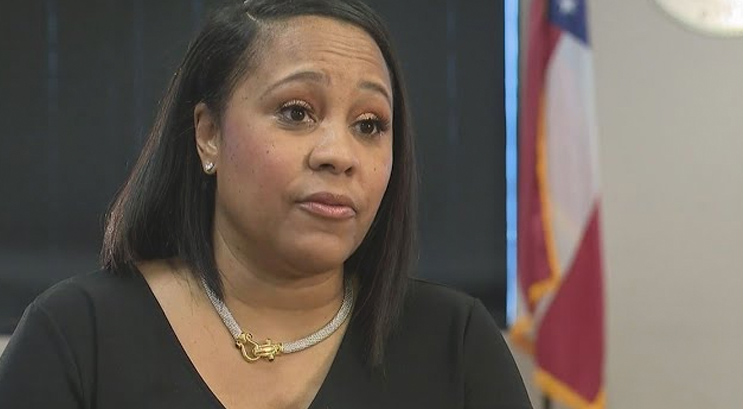 Fulton County District Attorney Fani Willis' office told WSB-TV the new indictment includes all 28 defendants and focuses on criminal activities committed by YSL, which was founded by Young Thug and two others. 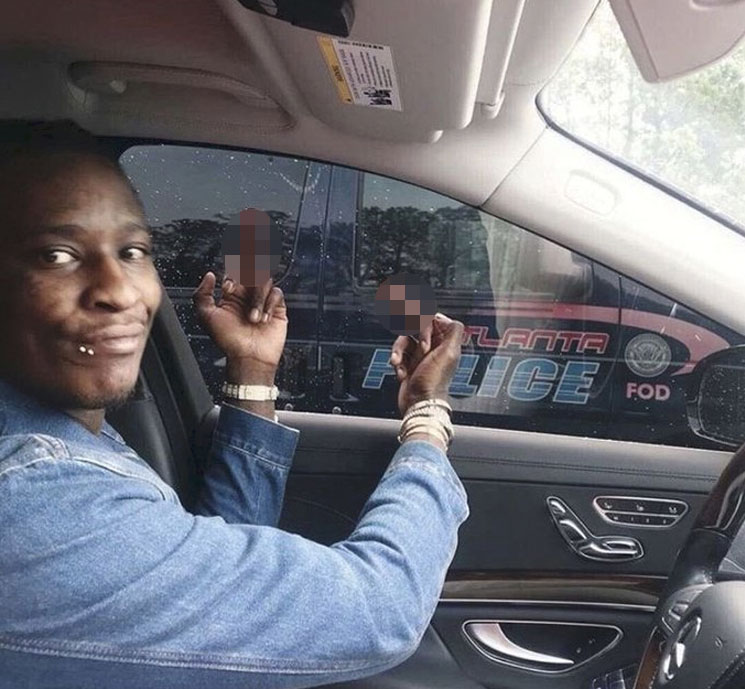 Willis called Young Thug's YSL "a hybrid gang that operates here in Atlanta and it's an affiliate of the Bloods gang."

She said the gang was responsible for 80% of the violent crimes and murders in the Atlanta area.