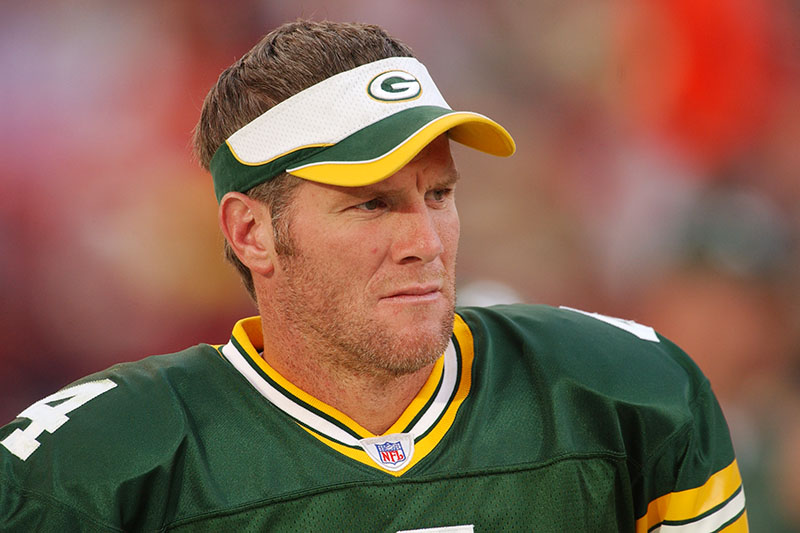 The former Packers quarterback is accused of accepting $5 million in welfare funds to build a volleyball stadium for his daughter at University of Southern Mississippi. 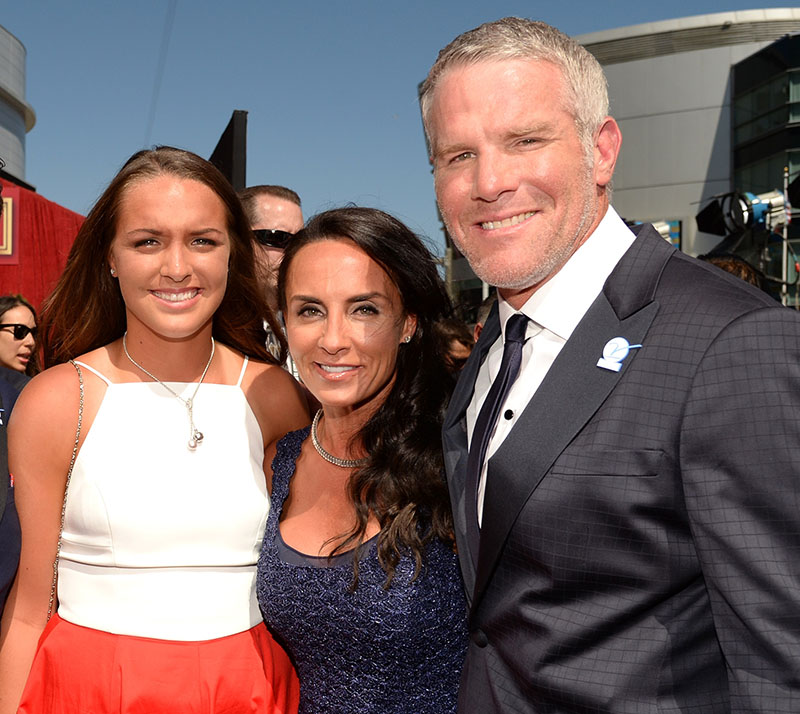 Favre is pictured in 2015 with his daughter, Breleigh, and wife, Deanna Favre.

The $5 million was part of $70 million in federal funds intended for the state's Temporary Assistance for Needy Families welfare program.

Favre, 52, has not been charged with a crime, but the pressure is mounting as critics accuse prosecutors of a cover up.enl

ESPN being too quiet about Brett Favre…. We saw Vick dogfighting coverage headlines for months, this is considerably worse.

"Just left Brett Favre. Can we help him with his project. We should meet soon to see how I can make sure we keep your projects on course," Bryant wrote in a text to Nancy New who ran the Mississippi Community Education Center with her son Zach New.

A text message from Favre shows he was concerned that the local media might find out about the secret payment.

"If you were to pay me is there anyway the media can find out where it came from and how much?" he asked.

Nancy New assured Favre that the media would be left in the dark.

"No, we never have had that information publicized. I understand you being uneasy about that though..."

In a follow-up message the next day, she wrote:

"Wow, just got off the phone with Bryant! He is on board with us! We will get this done!"

Favre and former Gov. Bryant have not been charged with any crimes. Favre's attorneys deny any wrongdoing.