Update: The search for a missing 5-month-old boy who was abducted from a pizza shop in Columbus, Ohio has ended with the suspect’s capture.

Nalah Jackson, a 24-year-old homeless woman. was arrested on Thursday in Indianapolis, according to the Columbus Division of Police.

5-month-old twin Kason Thomas was found safe with Jackson when she was arrested. Police initially said the child was still missing.

Columbus police are heading to Indianapolis to take custody of the suspect.

Police said Kason is safe and in good health after being checked out at an Indianapolis hospital.

Kason was found near a Papa John’s inside his mom’s car that Jackson stole from a Columbus parking lot on Monday. Police said he was found wearing the same clothes he was wearing when he and his twin brother were abducted on Monday.

Kason and his twin brother, Kyair Thomas, were left in a 2010 Honda Accord while their mother, Wilhelmina Barnett went inside a Donatos Pizza to pick up a DoorDash order, around 9:45 p.m. on Monday. In a desperate call to 911, Barnett said she left her car running with her 5-month-old babies inside.

When she returned, her car was gone.

“I was just right here and all I was doing was just grabbing this pizza. I was right here, I didn’t even go inside the building,” she said.

Surveillance footage from the pizza shop shows Jackson, a “know child abuser,” leaving the restaurant when Barnett walked in.

Kyair was found the next day in a parking lot at Dayton International Airport. A passerby found him in his car seat between two parked cars. He was cold and hungry.

Jackson has a lengthy criminal record and was previously charged with abusing her own child, according to Columbus Police Chief Elaine Bryant.

In June 2021, Jackson pled guilty to child endangerment charges after her 11-month-old baby fell down a staircase, the Columbus Dispatch reported.

She was sentenced to 13 days in prison and placed on probation for two years. During a supervised visit with her baby at the National Youth Advocacy Center in Sept. 2021, Jackson, who has a history of mental health problems, ran out of the building and flagged down a stranger’s car, police reported. 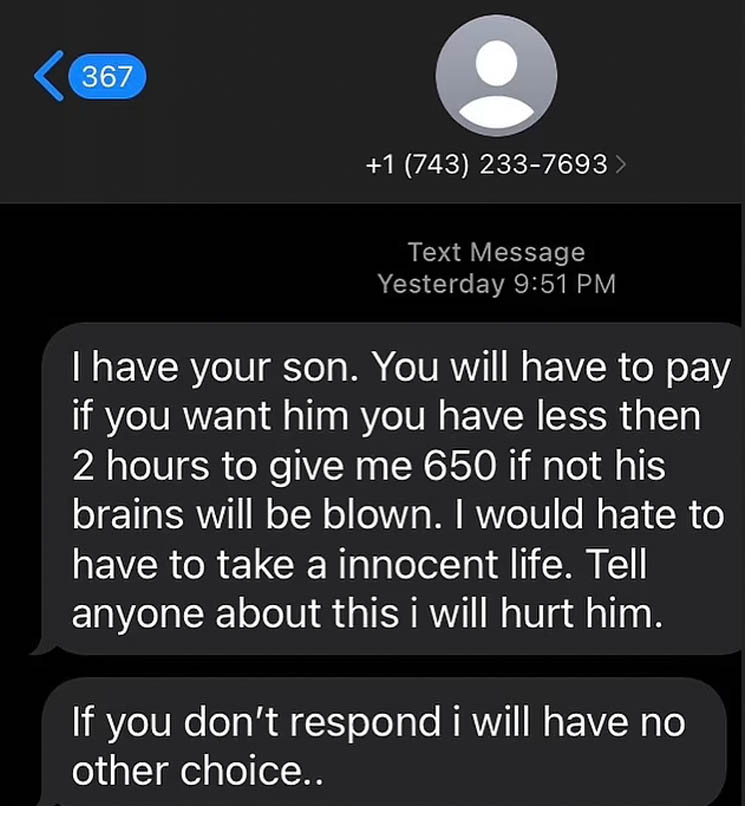 A text message sent to Barnett, demanding $650 for the return of the child was a scam, according to police.

GoFundMe shut down a page created by Barnett to pay the ransom. The site does not allow crowdfunding to pay ransoms.