Usher was spotted in Paris, France wearing a fiery red hairdo that is causing concern among his fans. In an Instagram Live video, the 44-year-old R&B singer said, “Just touch down in Paris, here we go, baby. Watch this.”

Fans were shocked by the father-of-four’s vibrant hair dye. Some compared him to a “flaming Cheeto.” While others wondered if he’s going through a midlife crisis at 44.

What is Midlife Crisis?

A midlife crisis occurs when some people (mostly men) transition to middle age and have difficulty letting go of their youth. Some men may believe their “best years” are behind them and they dress younger than their stated age.

Midlife crisis generally occurs between the ages of 40 to 60. That’s when men feel uneasy about growing older and believe they lack accomplishments in life.

Sometimes mental issues like early onset Alzheimer’s and dementia are mistaken for a midlife crisis.

Signs and Symptoms of Midlife Crisis

How Long Does Midlife Crisis Last?

Midlife crisis lasts until you accept you are aging and begin to enjoy your twilight years. 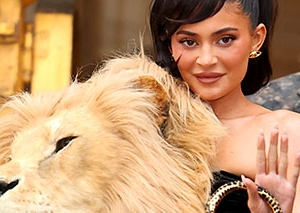