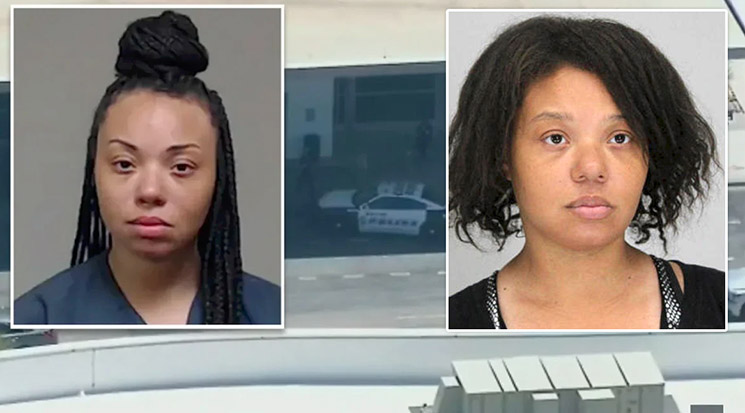 A Dallas woman who was shot by police after she fired into the air in Dallas Love Field Airport told cops she was singer Chris Brown's wife.

Portia Odufuwa, 37, was dropped off at the airport and proceeded to walk into a restroom where she changed clothes, NBCDFW reported.

Odufuwa walked out of the restroom wearing a hoodie and began shooting a firearm into the ceiling.

She was shot in the lower extremities by Dallas police.

A witness told police that Odufuwa was upset because her husband was fired from his job. When police asked Odufuwa for her husband's name, she replied "Chris Brown."

She also said she was "God's prophet."

"The woman came and was like making an announcement saying somebody failed her husband or something and said, 'I'm about to blow this place up,'" the witness told Fox 4 Dallas Fort-Worth. "All of a sudden, she brandished the gun and started 'Pop, pop' in the air. All I can do is run. I'm thinking I'm not from moving fast enough because I keep hearing shots like I'm gonna die in here."

Odufuwa is known to local law enforcement. She has a lengthy criminal history that includes a bank robbery.

She has been charged with aggravated assault against a public servant, according to online jail records.

She is currently under arrest on the prison ward at Parkland Hospital. 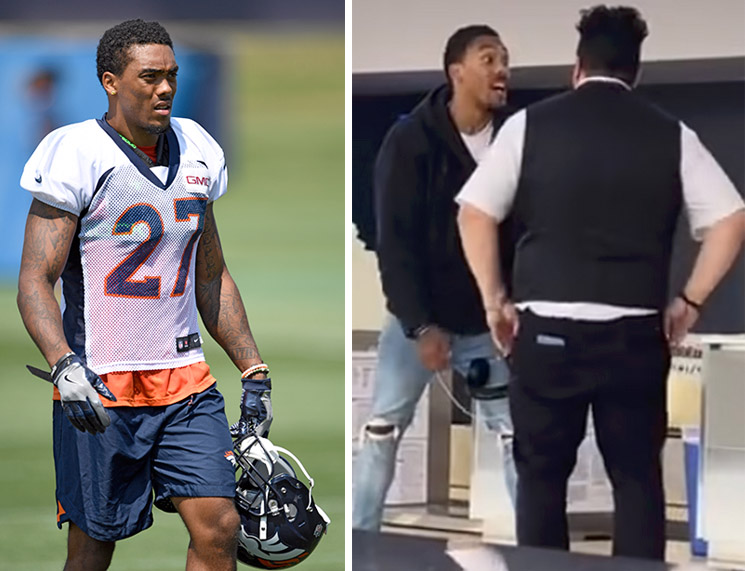 Ex-NFL player Brendan Langley spoke out about his viral fight with an airport worker in Newark, NJ on May 19.

An attorney for the ex Denver Broncos cornerback told TMZ that the United Airlines worker provoked him into a fight.

The worker objected to Langley using a wheelchair to transport his designer luggage rather than use a $5 luggage cart.

"Brendan Langley was minding his business walking through the airport with his bags when he was accosted by a United Airlines employee who claimed to 'run the airport,'" his attorney Alan Jackson said in a statement.

"When Brendan tried to ignore him, the assailant followed and harassed Brendan, calling him a 'd— and a 'p---y' and challenging him to fight," Jackson said.

Jackson said Langley yelled for help, but no one stepped forward.

"Footage from the airport security cameras establishes without question that Brendan was in reasonable fear of physical harm, and reasonably and lawfully defended himself," Jackson said in the statement. 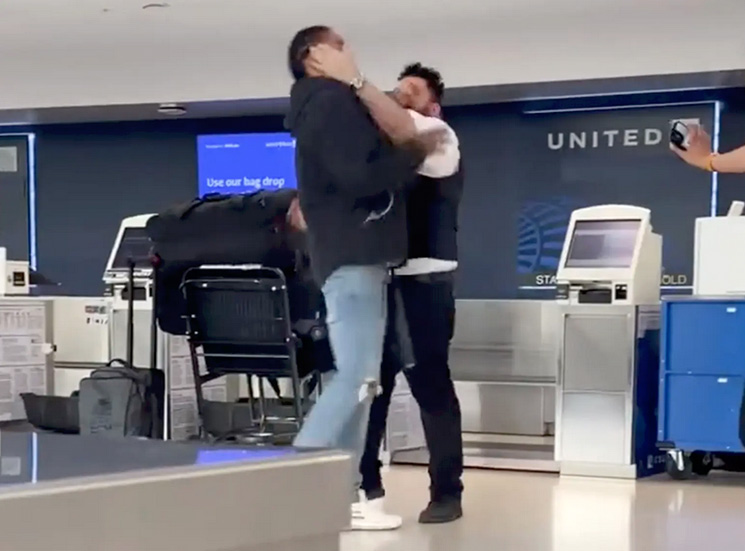 When the employee slapped Langley again, the shocked athlete asked a bystander, "Did you see that sh*t?" Before throwing a flurry of punches that sent the employee sprawling behind a counter.

Langley was arrested, charged with simple assault and released. He was suspended indefinitely by the Calgary Stampeders pro team of the Canadian football League, according to CTV News.

"After learning details of the incident including the filing of a criminal charge, we are indefinitely suspending Brendan Langley," Stampeders President and GM John Hufnagel told CTV News in a statement.

"[M]y only real comment is that we live in a world that everybody's got cameras and we're trying to represent our city, we take it very seriously," he said, according to CTV News.

The employee wasn't charged, but United Airlines fired him and issued a statement, saying the airline "does not tolerate violence of any kind at our airports or on board our planes and we are working with local authorities to further investigate this matter."

An airline employee tried to put hands on a customer...And the brotha took flight with them hands