Last week it was announced that this season of CW's Black Lightning would be the last.

The show's star China McClain announced she found out she was already leaving the show.

In a long, rambling video on Instagram, she said, "There's something I want to tell you. For those of you who haven't heard... This season that we're filming of Black Lightning now is gonna be the last season."

McClain tearfully said she already found out she was leaving the show, but she declined to say why for personal reasons.

"I only agreed to do a certain number of episodes. I'm not in the whole season."

Her revelation came as news to fans of the show because she is a main character who appeared in every episode in the past 3 seasons.

"There's only one truth and I'm going to live in that truth until I die," she said in a cryptic message.

She said she wasn't built for the entertainment industry and her steps will be ordered by God. 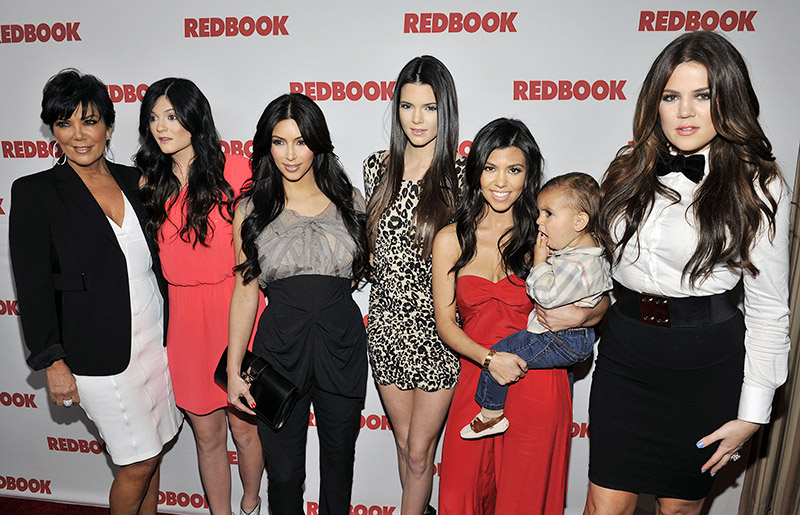 The internet is celebrating the news that reality show Keeping Up with the Kardashians will end in 2021.

Kim Kardashian made the announcement via Instagram on Tuesday, revealing the show, which debuted on E! in 2007, will shut down after 2 more seasons in 2021.

Addressing fans, Kim said, "It is with heavy hearts that we've made the difficult decision as a family to say goodbye to Keeping Up With the Kardashians. After what will be 14 years, 20 seasons, hundreds of episodes and numerous spin-off shows, we are beyond grateful to all of you who’ve watched us for all of these years..."

Reports are that the poorly-rated reality show got the ax because manager Kris Jenner got greedy.

According to OK! magazine, E! network refused to pay another $150 million to keep Kim Kardashian and her sisters dipped in diamonds and furs for another five years. 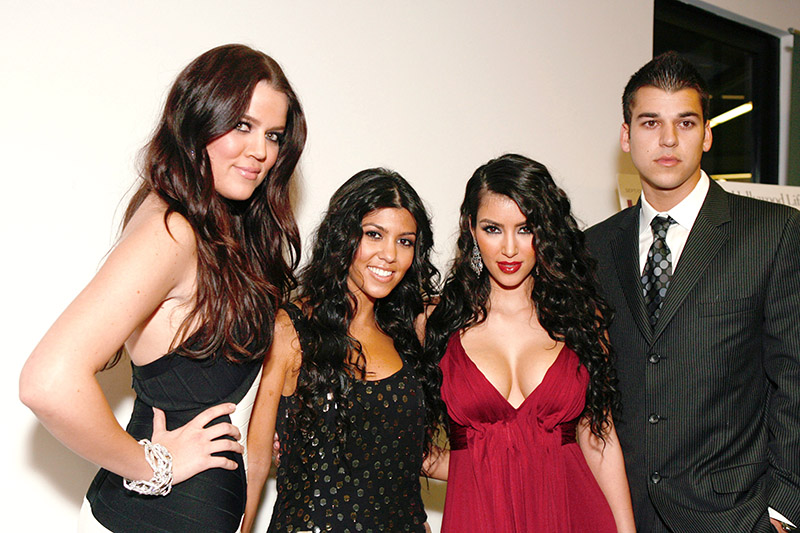 "The last deal Kris Jenner signed was in 2017 giving her and the family $30 million per season. That deal has expired, and greedy Kris wanted at least $40 million per season to continue even though ratings have been declining dramatically," a source tells OK! exclusively.

KUWTK averaged less than 1 million viewers per episode despite hundreds of millions of social media followers.

"The negotiations were going nowhere. E! was interested in keeping the show on the air, but there was no way the network could continue paying the family the same amount of money for almost half as many viewers. In the end it was better for everyone to say goodbye," the insider adds.

"Although Kris isn't giving up just yet, she is busy on the phone shopping the show around to other networks. But not at a discounted price." 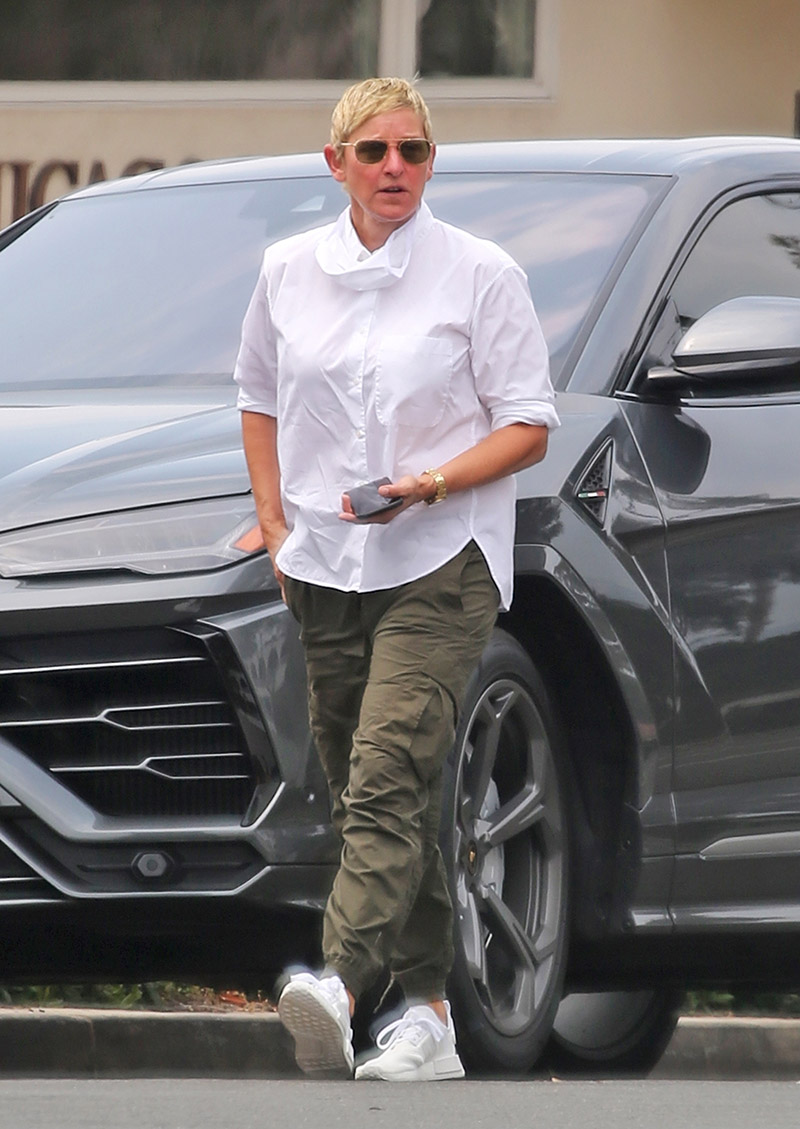 The hammer dropped on repeats of Ellen DeGeneres's daytime talk show in Australia.

A Channel Nine spox told Daily Mail Australia the channel will no longer air repeats of the talk show as of Monday, amid reports of racism and sexual harassment on Ellen's set in the U.S.

"We are resting Ellen repeats on Nine and have replaced with Desperate Housewives," the spokesman said.

The Ellen DeGeneres Show has been in repeats in the U.S. since Buzzfeed News broke the story earlier this year.

The news comes after Ellen made a tearful appearance during a Zoom video conferencing call with her staff on Aug. 17.
a
Staffers were reportedly "upbeat" after they learned three executive producers were fired. But two other troublesome producers -- close friends of Ellen's - were not let go. 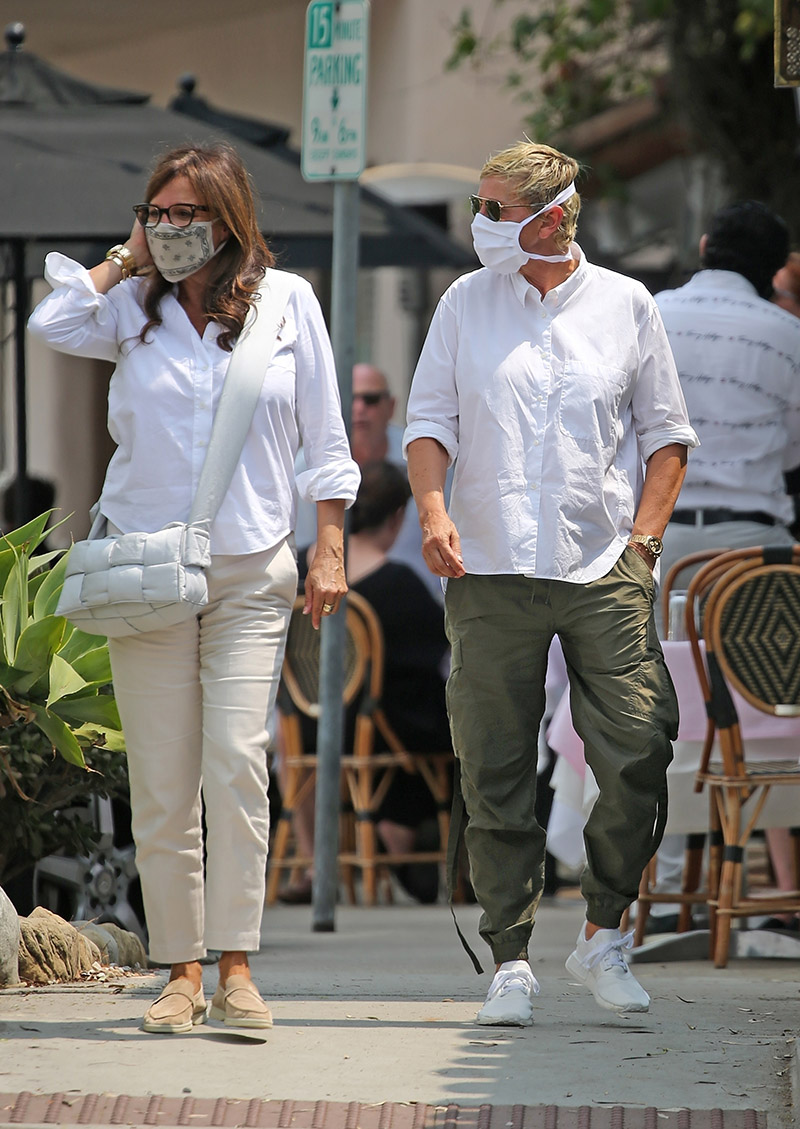 The 62-year-old talk show host was seen leaving lunch with a friend in Santa Barbara on Saturday.

Warner Bros. is currently investigating numerous complaints of the "toxic" environment on the Ellen set.

Former employees complained that Ellen contributed to the toxic environment by ordering staffers not to make eye contact with her.

According to sources, execs asked Ellen to make a graceful exit, as the show cannot be salvaged with her at the helm.

A search is currently underway for her replacement. James Corden and Kevin Hart are reportedly being considered for the TV gig. 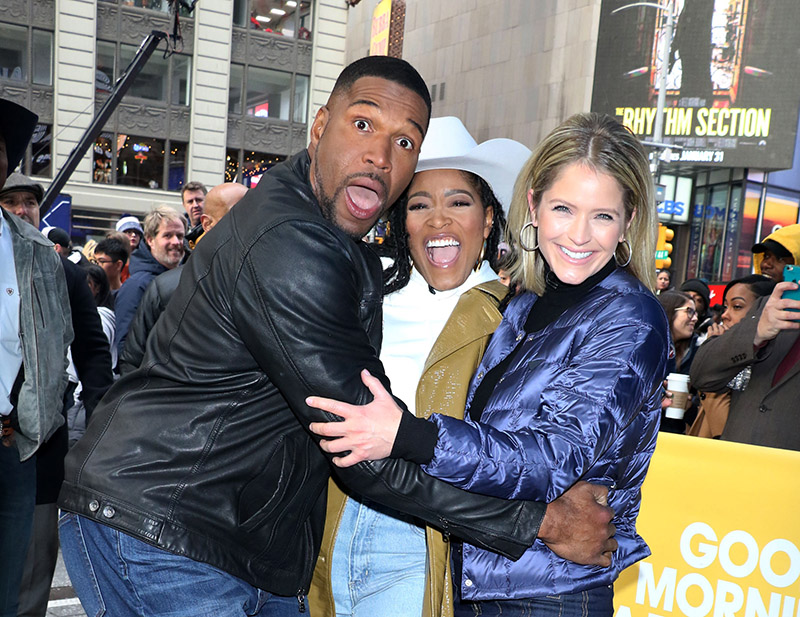 "'Strahan, Sara and Keke' is put on hiatus and it doesn't look like it's going to come off," a source told Page Six.

ABC News took the talk show off the air in March and replaced it with
"Pandemic: What you Need to Know," a daily coronavirus report by Amy Robach, Dr. Jen Ashton and TJ Holmes.

"It was initially supposed to be a 2-week experiment and the show did really well," a spokesperson told Page Six. 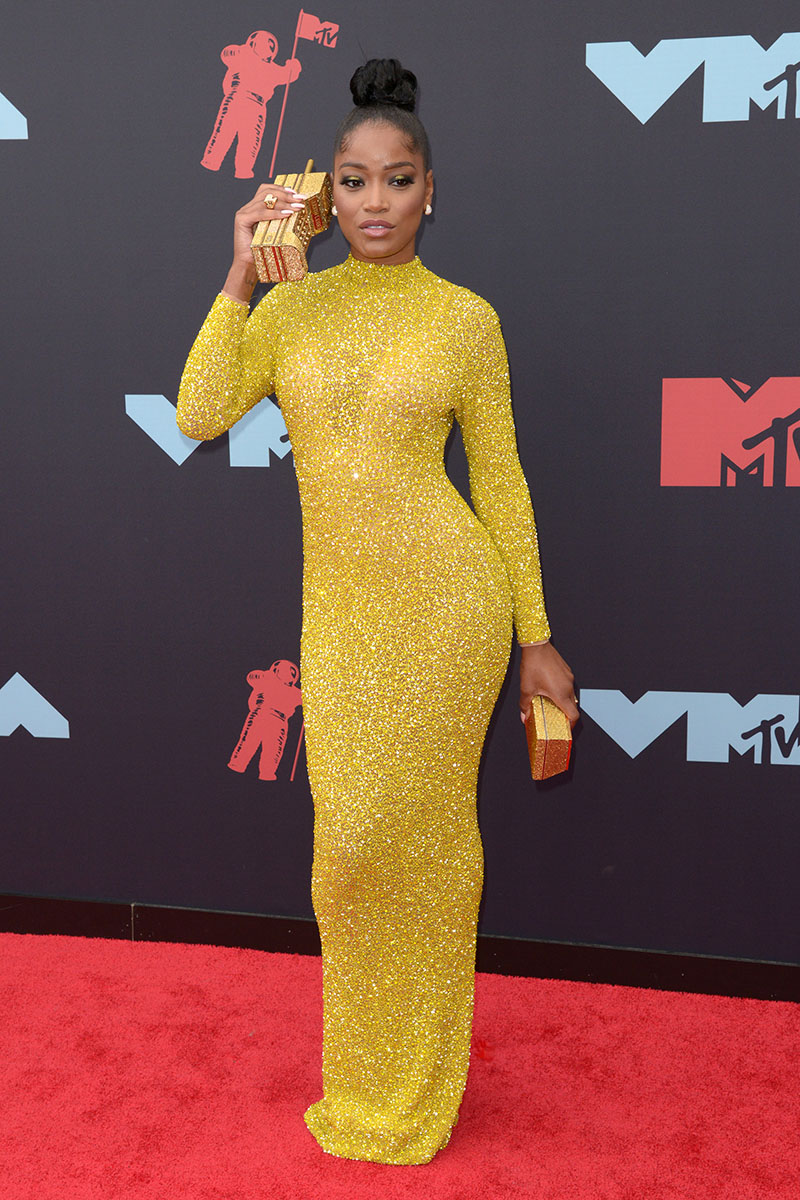 Keke Palmer joined the show a year ago after she impressed ABC execs following her appearance on "Strahan and Sara," starring co-hosts Michael Strahan and Sara Haines.

Strahan and Haines won't be on the unemployment line. Strahan still hosts "GMA."

"Everyone is still getting paid. There's space for everyone. They're actively in contact... They're figuring out what the future will look like," a source said.

Atlanta-based TV talk show Sister Circle has been cancelled after three seasons. The production company, Tegna, announced the cancellation in a press release, according to the AJC.com's Radio & TV Talk.

The talk show will air its final episode on April 24. The company explained that "while there are many loyal fans of the show, the show has not grown its audience enough to continue." 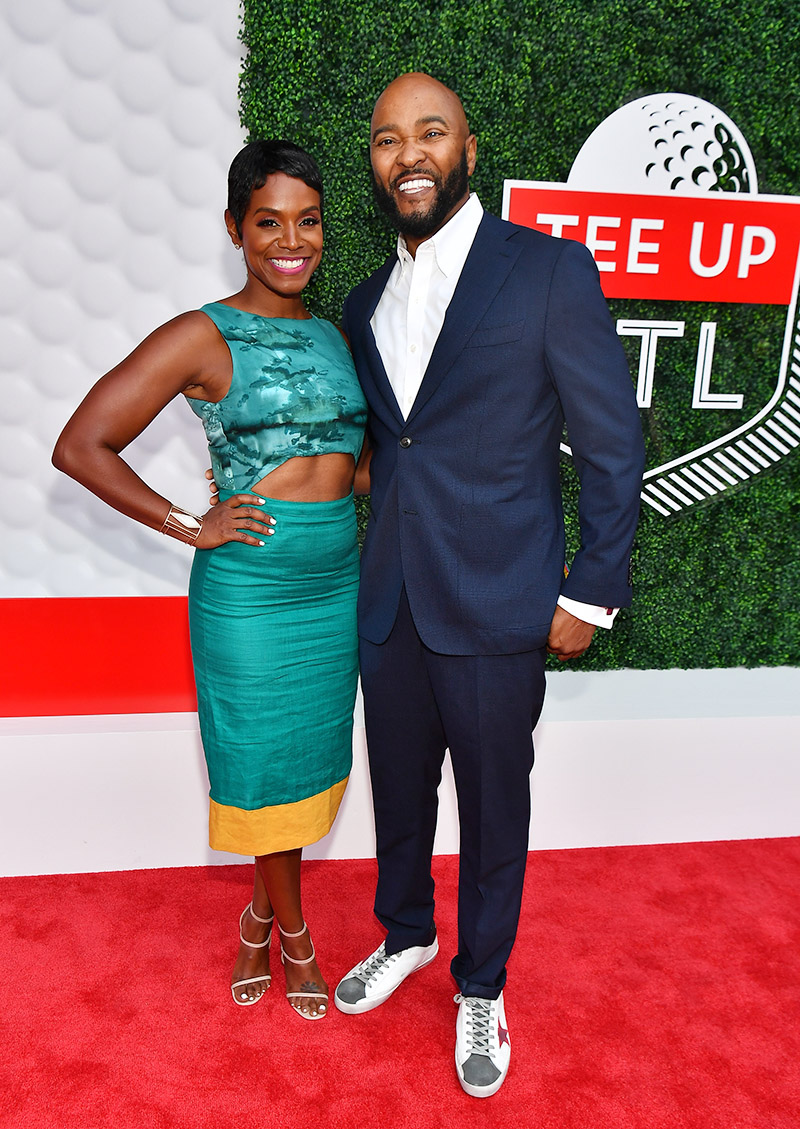 Sister Circle was helmed by TV and radio personality Rashan Ali. Ali got her start working alongside Atlanta radio legend Ryan Cameron (who recently underwent emergency open heart surgery and is recovering in an ICU).

In a text message to Radio & TV Talk's Rodney Ho, Ali said: "it was a privilege to have this opportunity. I am so proud of the show and want to thank my co-hosts, our production team and our 'Sister Circle' family for making an indelible impact in media."

She added: "Right now, however, my thoughts and prayers are with Ryan Cameron who played an integral role in my career."

Sister Circle got off to a rocky start in 2017 when the panel included woman-hating blogger Funky Dineva. The TV ratings picked up slightly after Dineva was let go in 2018.

Popular courtroom TV show Judge Judy is set to end after 25 seasons. Judge Judy Sheindlin has presided over the courtroom reality series since 1996, overseeing civil cases with maximum damages of $5,000.

Speaking during an appearance on The Ellen DeGeneres Show that aired on Monday, the star confirmed the Daytime Emmy award-winning show had been canceled, and will end after its 2020-2021 season.

Judy hinted that CBS thought she was too old to continue paying $47 million a year.

"CBS (which syndicates the show) sort of felt, I think, they wanted to optimally utilize the repeats of my program," said the retired 77-year-old judge. "Now they have 25 years of my reruns. What they decided to do is sell a couple of years' worth of reruns." 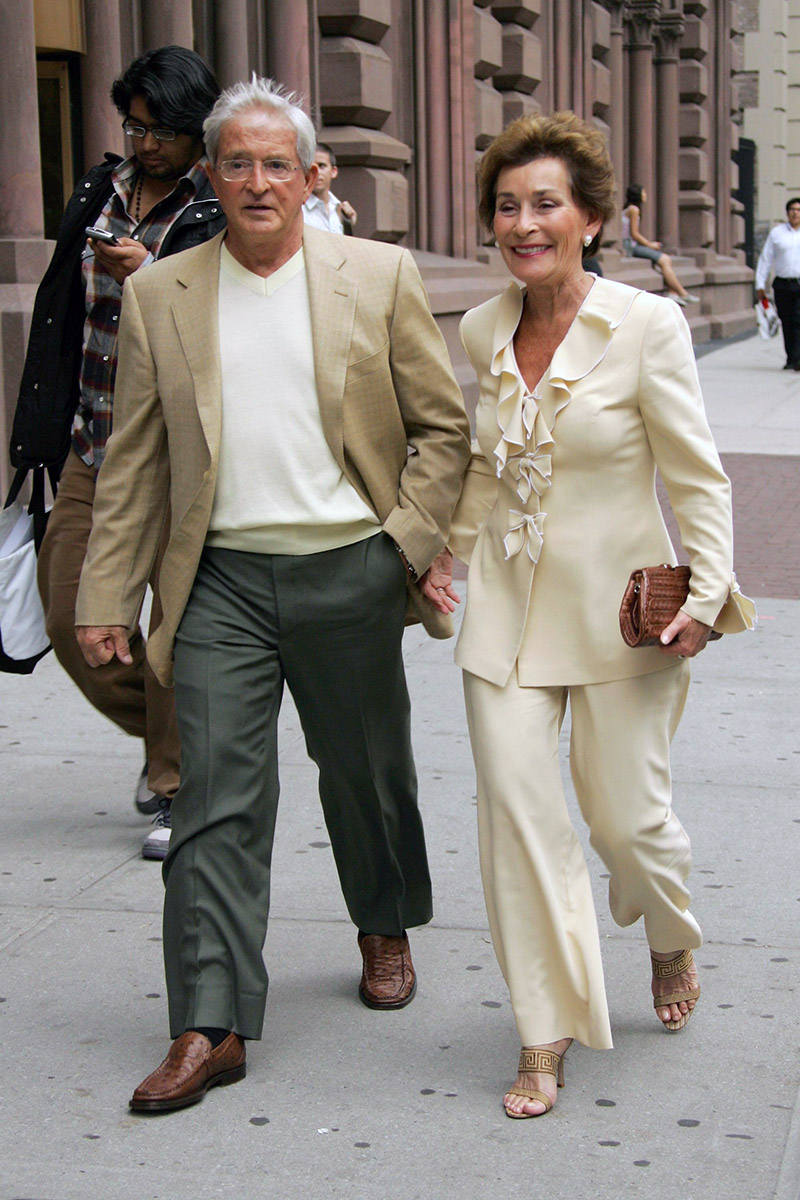 But Judy, who is married to Judge Jerry Sheindlin, isn't ready for the retirement home just yet. She announced she has a new show in the works, Judy Justice, which "will be coming out a year later".

"Judge Judy, you'll be able to see next year — a full year, all new shows. The following couple of years, you should be able to get all the reruns that CBS has sold on the stations currently carrying Judge Judy, and Judy Justice will be going elsewhere," she confirmed, adding, "Isn't that fun?" 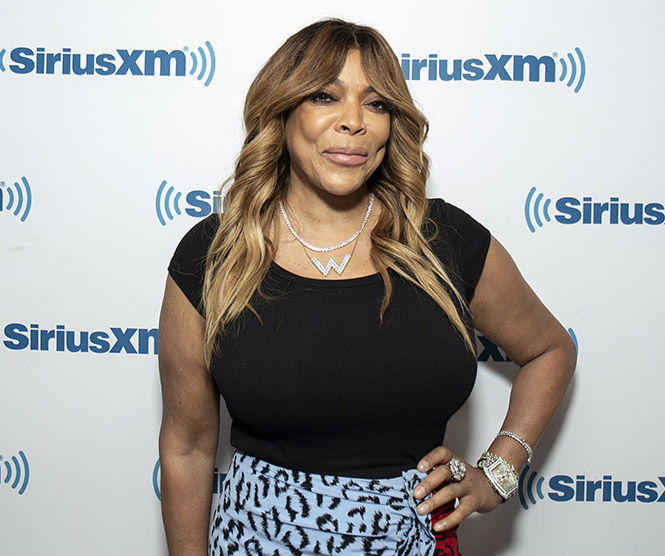