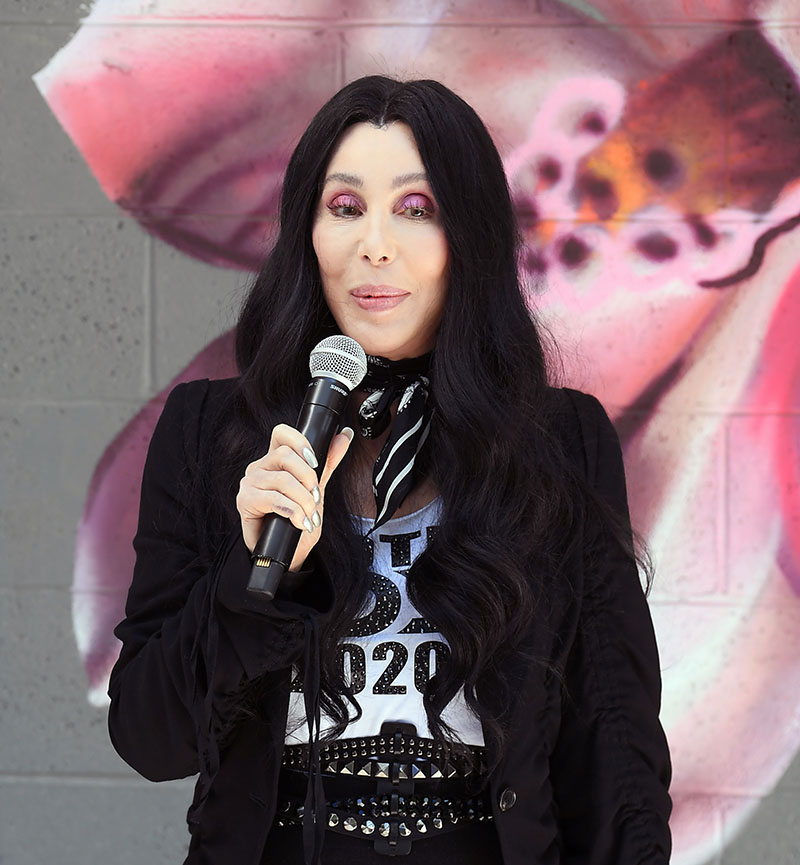 Cher apologized for offending others when she suggested she could have saved George Floyd if only she'd been there to stop former cop Derek Chauvin from kneeling on him.

On Friday, April 2, she tweeted:

"Was talking With Mom & She Said 'I Watched Trial Of Policeman Who Killed George Floyd, & Cried'. I Said 'Mom, I Know This Is Gonna Sound CRAZY, But.. I Kept Thinking ... Maybe If I'd Been There ... I Could've Helped."

Aside from the weird capitalization of every first letter, Cher's assertion that she could've saved Floyd from dying was not well received.

The social media response was brutal. Twitter users taunted Cher and accused her of having a Savior Complex.

One user wrote: "Oh yay another white person centering themselves around [Black] [people] pain. I wish I was there to stop you from tweeting this... [sic]"

Another user wrote: "This might not be your intent, but you basically just called every bystander a coward in positioning yourself as the superhero who could have prevented this tragedy."

Another user advised the 74-year-old pop singer to learn from the dragging she received on social media.

She responded to the backlash by apologizing profusely.

"Wrestled With This Twt, Because I Thought some ppl wouldn't understand, Or Believe an Entertainer Could have Honest emotions about a human Being, suffering & Dying, even if It's Only Shown On tv. You Don't Know What I've Done, Who I Am, Or What I Believe. I CAN, I HAVE, & I WILL.. HELP."

Cher couldn't understand why social media users didn't see how emotional she was about Floyd's death.

"I Just got off phone With Friend Karen. Told her what Happened, & Realized, You Can Piss Ppl Off, & Hurt Them By Not Knowing Everything That’s "NOT Appropriate" To Say. I know Ppl Apologize When They're In a Jam, BUT TO GOD, IM TRULY SORRY If I Upset AnyOne In Blk Community. I Know My [heart]."

Legendary pop singer Cher has a type: she likes young bad boys. Cher's 23-year-old live-in boytoy was arrested during a raid on the singer's mansion on Thursday.

END_OF_DOCUMENT_TOKEN_TO_BE_REPLACED

1970s pop star Cher made a memorable comeback at the 2017 Billboard Music Awards, held at the T-Mobile Arena in Las Vegas on Sunday.

After winning the BMAs Icon Award for lifetime achievement, the statuesque 71-year-old took to the stage wearing pasties for her first live awards show performance in 15 years.

END_OF_DOCUMENT_TOKEN_TO_BE_REPLACED

Cher didn't mean it when she called out twerking Miley Cyrus; she was just trying to promote her new album. At least that's how Cher explained it on her Twitter account yesterday -- after her followers dragged her unmercifully for telling told USA Today Miley "can't dance," and "her body looked like hell."

Cher's fans took offense to the senior citizen ripping a troubled young lady who just lost the finest man in all the land to another woman.