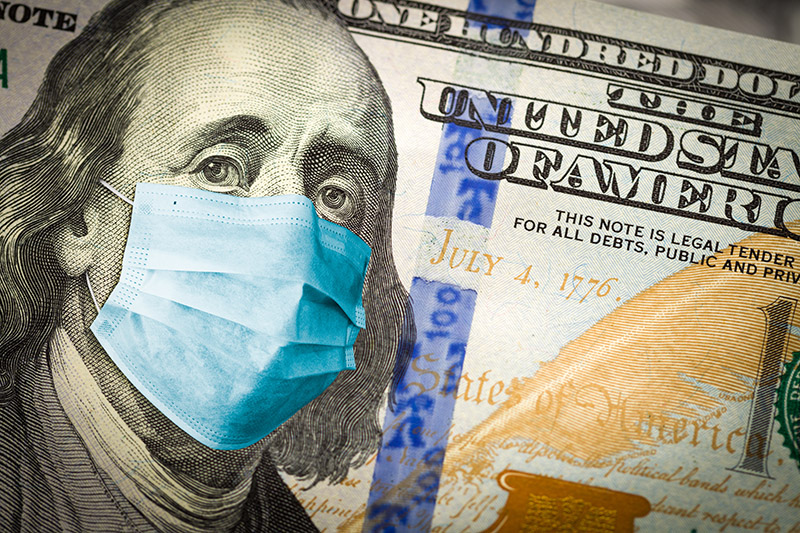 Congress is close to making a Covid relief deal that could include $600 checks for Americans who face hardship if their unemployment benefits expire on Dec. 26.

Congressional leaders were close to making a $900 billion Covid relief deal on Wednesday morning. Negotiations include a new round of stimulus checks.

Sen. John Thune told reporters he believed stimulus checks of $600 or $700 were part of discussions. He said the amount of the checks would be "double that for family and kids."

He added that the extra unemployment benefit under discussion was about $300 per week -- half of the $600 per week sent out earlier this year.

Lawmakers say the Corona relief package could "hitch a ride" on the government spending bill that must pass by Friday to avoid a government shutdown.

The $600 stimulus checks could arrive in the mail or via direct deposit by Dec. 31 if lawmakers can make a deal this week.

Depending on which side of the aisle you're on, Robert Mueller is either a frail old man or a shrewd prosecutor who testified for hours without saying much of anything on Capitol Hill yesterday.

END_OF_DOCUMENT_TOKEN_TO_BE_REPLACED

In sworn testimony before Congress on Wednesday, Michael Cohen called his former boss, President Trump, a conman and racist. To back up his claims that the President is a racist, Cohen recalled a statement Trump made about Black Chicago residents.

END_OF_DOCUMENT_TOKEN_TO_BE_REPLACED

As expected, Michael Cohen threw his former boss, President Donald Trump, under the bus during Congressional testimony on Wednesday. The former attorney provided the House Oversight Committee with copies of Trump's financial statements.

END_OF_DOCUMENT_TOKEN_TO_BE_REPLACED

Michael Cohen is throwing his former boss, President Donald Trump, under the bus wheels before he turns himself in to begin serving a three-year sentence at a federal prison in March. President Trump's former consigliere will testify before Congress on Tuesday that Trump engaged in criminal and racist conduct while in office.