Ye, the artist formerly known as Kanye West, ended his decade-long beef with rapper Drake. The two superstars have been feuding for years.

On Tuesday, Ye shared a photo of himself posing with Drake at a party at Drake's Toronto mansion.

Ye captioned the image with an emoji of a dove with a leaf in its beak - typically a symbol of death - to indicate their beef is dead.

"You have reached your destination," Drake wrote in the caption of a video that shows comedian Dave Chappelle speaking at the same party.

According to Yahoo! News, their decade-long beef began when Ye cut Drake's verses from his hit song song, "All Of The Lights" in 2010.

In 2011, Drake shaded Ye and Jay-Z's joint album Watch The Throne. "I heard some other guys are coming out with an album, too," he said on Westwood.

"There's two other rappers that are coming out with an album together. I don't know where they got that idea." 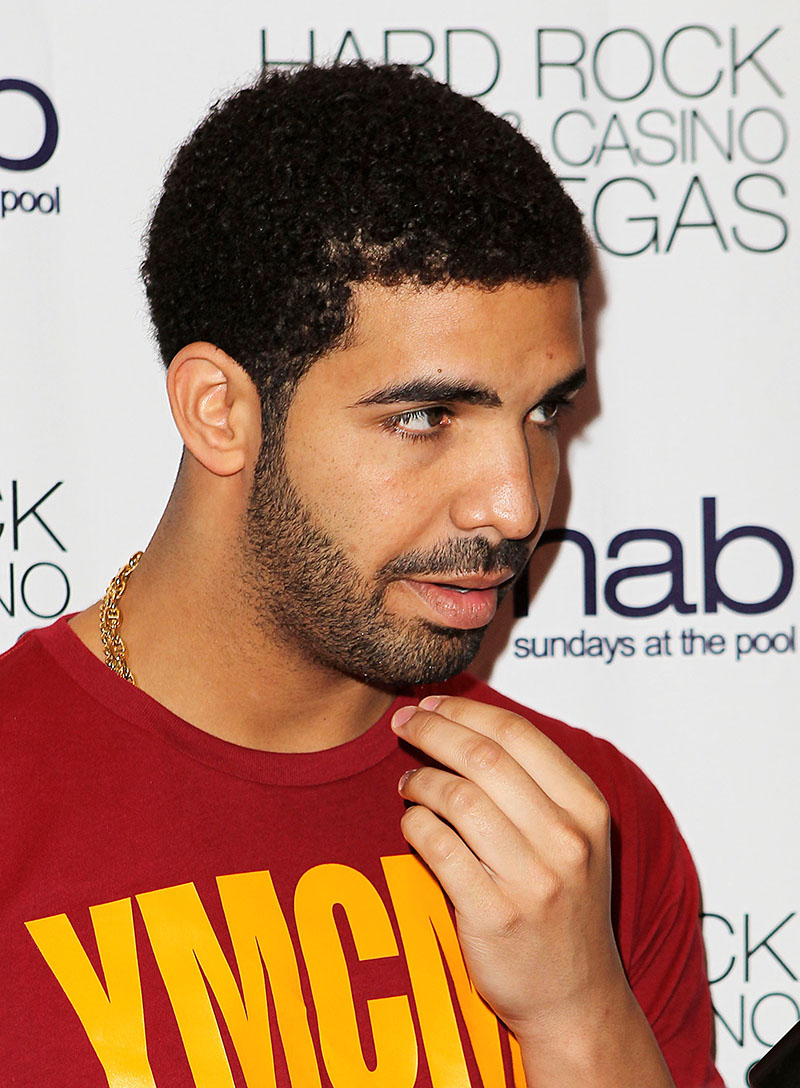 Also in 2011, Drake told the Source magazine he wanted to be "better" than Ye.

"when I was a kid trying to figure out what I liked, it was Ye who I related to the most. He was an artist, in every sense, from his cover art to his music. Now, I would say, he is [a] really great competitor... and friend, at the same time... My goal is to surpass everything he's accomplished. I don't want to be as good as Kanye, I want to be better." 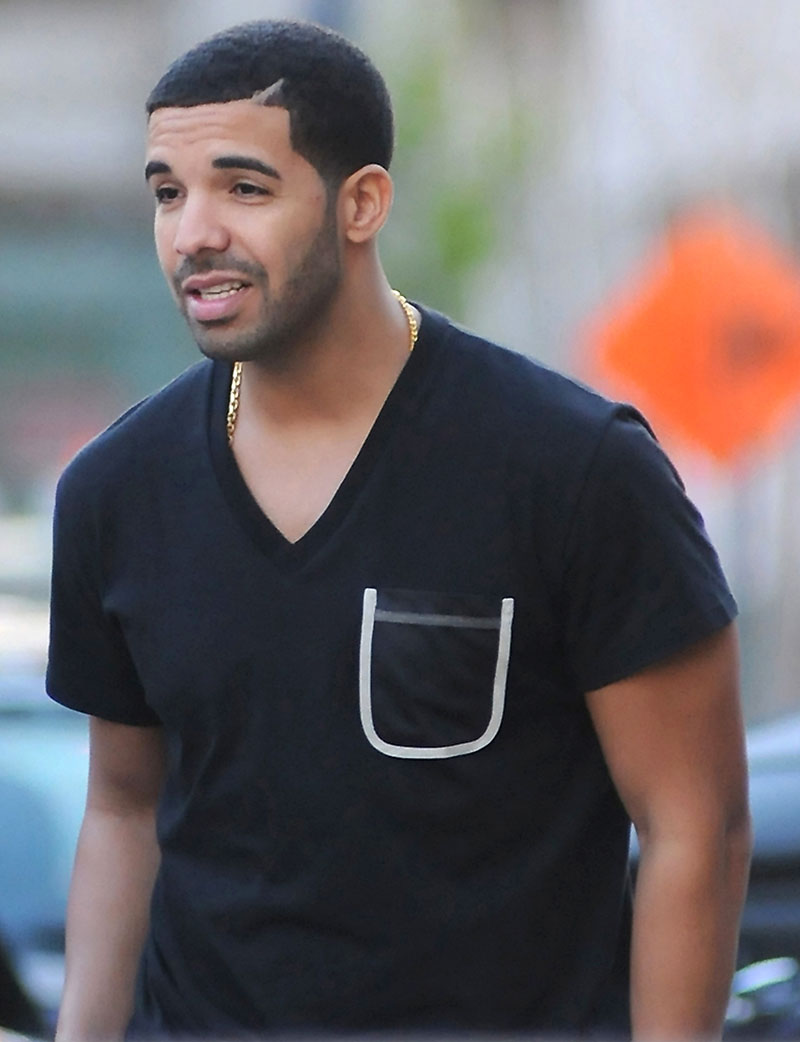 In 2014, Drake dissed Kanye's album Yeezus in an interview with Rolling Stone. "There were some real questionable bars on there," he said.

Ye reportedly responded to the interview during a concert, saying:

"They always be trying to pit ****** against each other and it ain't going down no more. So, tonight, it ain't none of that. We love Drake."

In 2015, Ye called out Drake's collaboration with Nike in the song "Facts", while Drake mocked Ye about the size of his pool in "Summer Sixteen", with the lyrics, "Ye's pool is nice, mine's just bigger's what I'm saying."

In 2018, rapper Pusha T - who is signed to Ye's record label - released a Drake diss track, "The Story of Adidon", in which he alleges that Drake has a secret son. Drake later confirmed he was a father, with lyrics on his number one album Scorpion in June 2018. 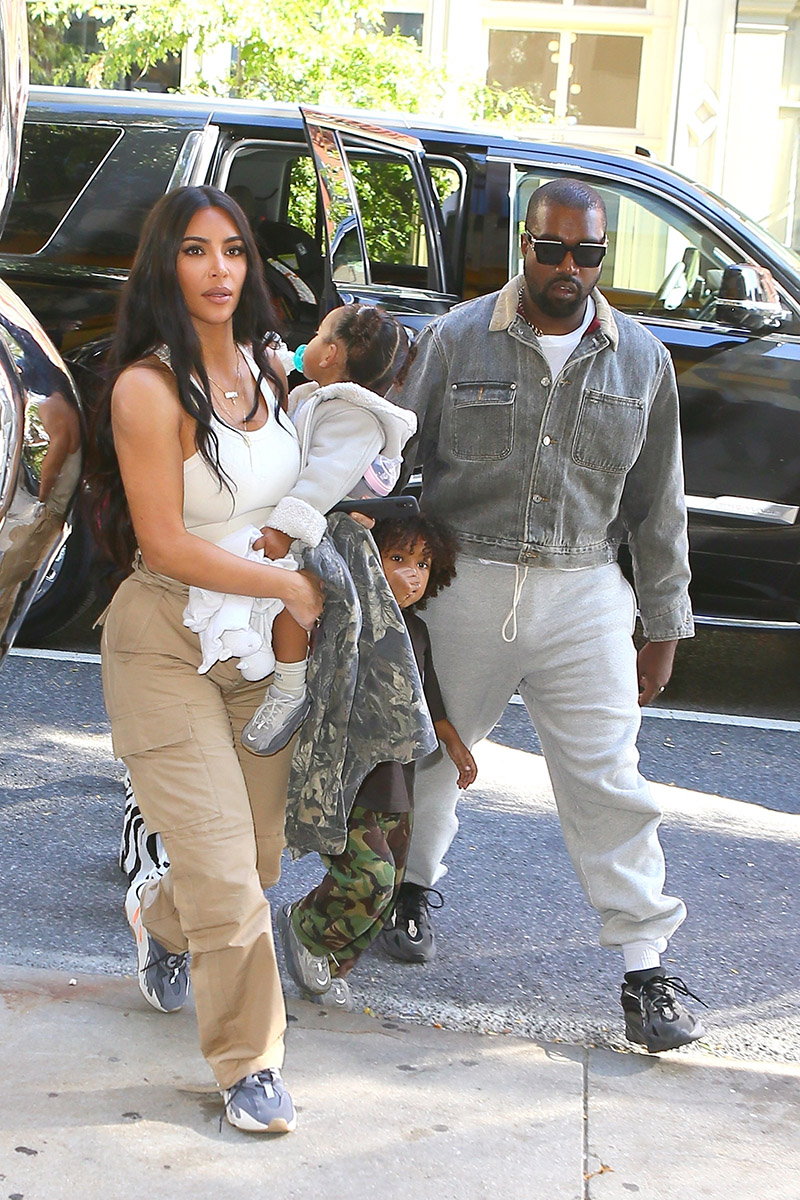 Kanye -- a father of 4 -- tweeted: "I did not have any conversations about your child with Pusha. I don't play with the idea of people's children after I spoke to Wiz a few years earlier."

I did not have any conversations about your child with Pusha. I don’t play with the idea of people’s children after I spoke to Wiz a few years earlier. 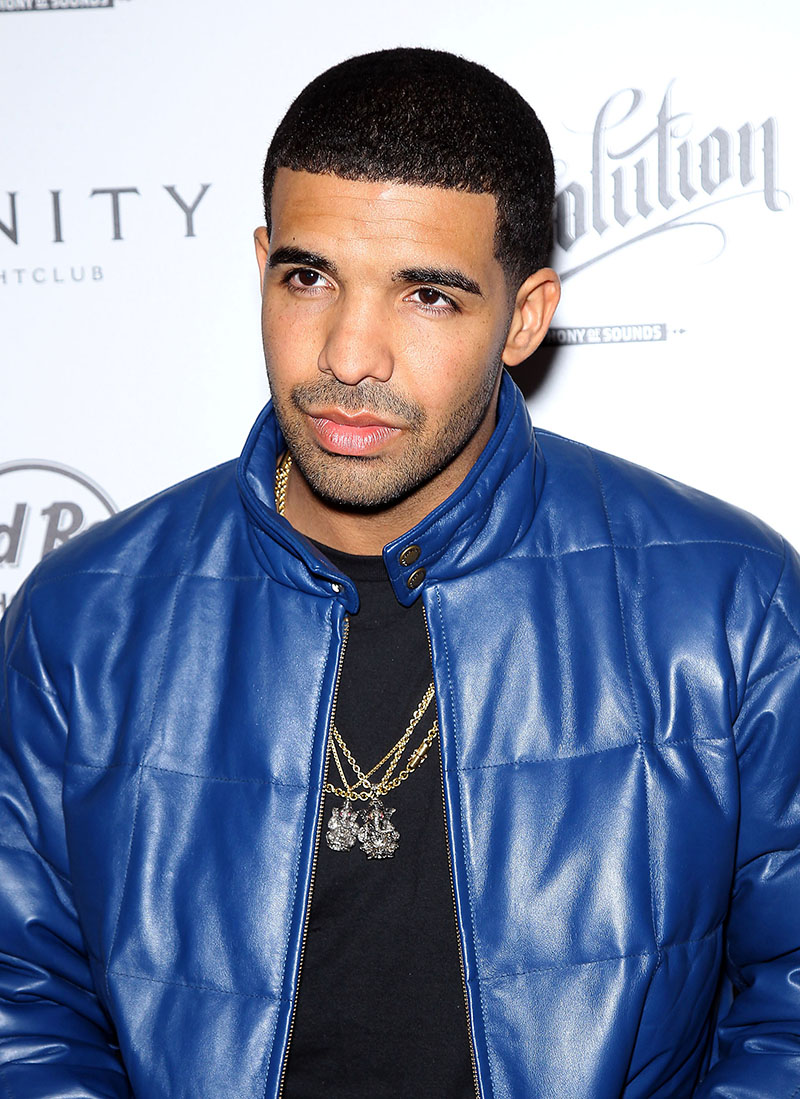 In September 2018, a fan tweeted a theory that Drake slept with Ye's estranged wife, Kim Kardashian. "Drake's been telling us for months now he slept with Kim K, we just haven't been listening".

Kim denied the rumors and Ye lashed out at Drake on Twitter, posting 18 tweets in a row.

Ye also took to Instagram to slam Drake for not denying the rumors.

"People making rumors or thinking you f****** my wife and you're not saying nothing... that don't sit well with my spirit. You know, if I had a girlfriend from Chicago, her name was Renita, and you was married to Rihanna, I wouldn't make no song called 'Riri.' So when you're like, 'I don't know where it came,' you too smart for that bro." 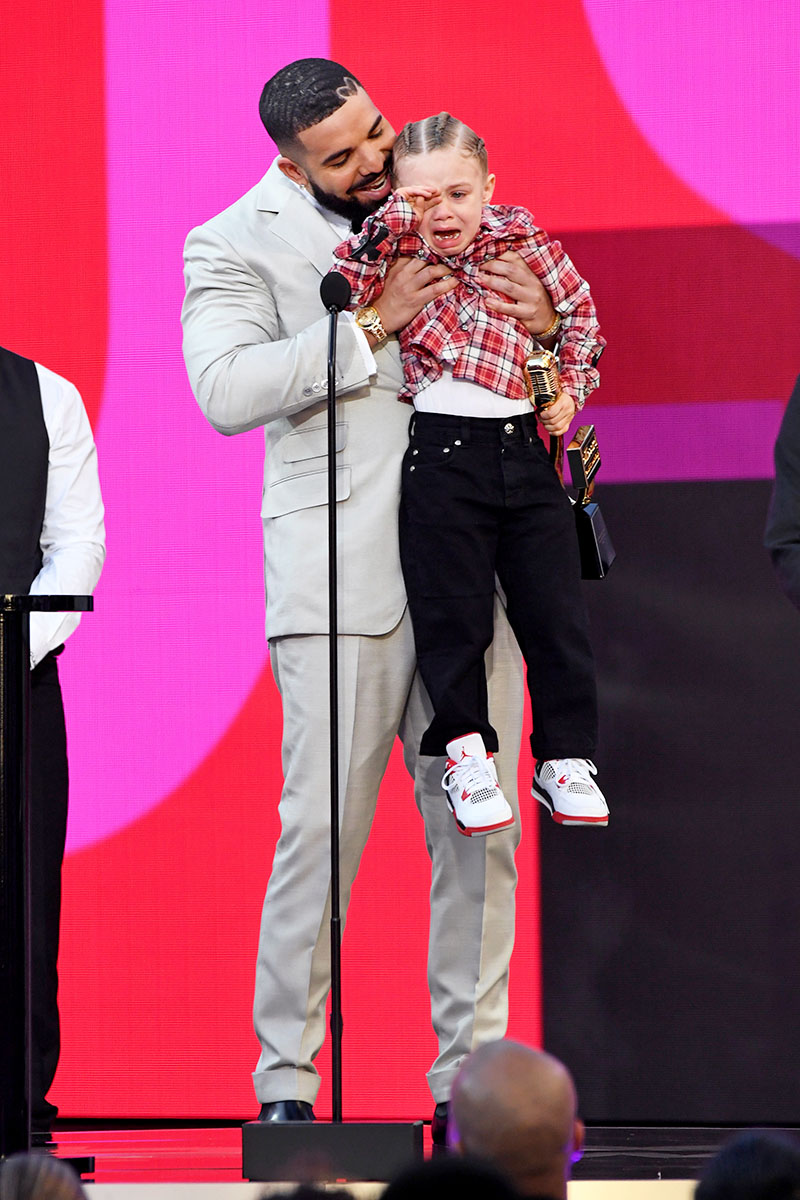 In December 2019, Drake told the Rap Radar podcast he had no interest in squashing his beef with Pusha T.

"That's where all of this stems from," he said.

"It's all rooted in that situation, yes. I think that he definitely recruited a guy with a similar dislike for me no matter what he says in interviews... I could never ever ever ever turn my back on the things that I've said about Ye in a positive light, and I still feel all those same things." 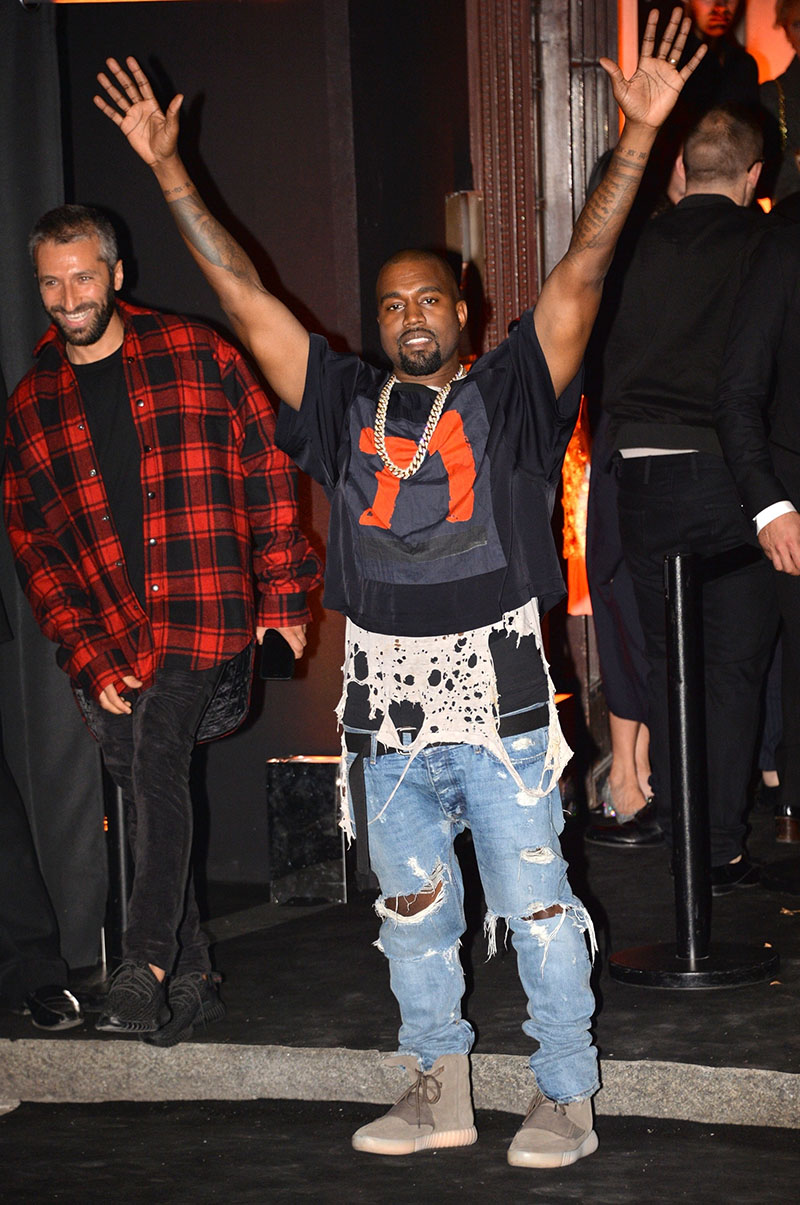 In November 2021, Kanye changed his name to "Ye," -- an apparent nod to Drake who always refers to him by that name.

"I'm making this video to address the ongoing back and forth between myself and Drake. Both me and Drake have taken shots at each other and it's time to put it to rest."

Broward County (Fla) police and possibly the FBI are investigating who leaked video footage of Fort Lauderdale airport gunman Esteban Santiago firing at passengers. The video footage was published over the weekend by a gossip tabloid.

END_OF_DOCUMENT_TOKEN_TO_BE_REPLACED

According to the National Enquirer, media Guru Steve Harvey is entangled in a shocking racist scandal that could ruin his nice guy image and jeopardize his lucrative endorsements.

END_OF_DOCUMENT_TOKEN_TO_BE_REPLACED

Socialite Kim Kardashian filed a federal lawsuit against gossip website MediaTakeOut.com for insinuating that she faked her infamous Paris robbery.

END_OF_DOCUMENT_TOKEN_TO_BE_REPLACED

Melania Trump filed a $150 million dollar defamation lawsuit against London's The Daily Mail tabloid and the American blog Tarpley after they reported that she worked for an escort agency servicing wealthy clients in her native Slovenia.

END_OF_DOCUMENT_TOKEN_TO_BE_REPLACED

Once again the blogs were duped by gossip tabloid TMZ.com.

END_OF_DOCUMENT_TOKEN_TO_BE_REPLACED

The New Yorker magazine is readying a yearlong "aggressive exposé" on the shady tactics of gossip tabloid TMZ.com. The article by writer Nicholas Schmidle has Levin and his bosses at Warner Brothers very nervous, according to The Hollywood Reporter.

END_OF_DOCUMENT_TOKEN_TO_BE_REPLACED

It's shameful when greedy people seek to profit from tragic situations.

As you know, the homegoing ceremony for Whitney Houston and Bobby Brown's22-year-old daughter Bobbi Kristina was interrupted on Saturday when Brown's unstable sister, Leolah, started heckling Bobbi's aunt Pat Houston as she spoke during the funeral in Alpharetta.

END_OF_DOCUMENT_TOKEN_TO_BE_REPLACED

Former 'The View' co-host Sherri Shepherd is not at all happy with the way she is being portrayed in the media. Shepherd's soon-to-be-ex-husband Lamar Sally aired her dirty laundry in a recent interview (for which he was paid an undisclosed sum of cash).