The sociopath, Anika, already killed Rhonda's baby to secure her unborn baby's rightful spot as heir to the Lyon empire.

Click the link to see which one of these ladies will haunt your dreams this season on Empire.

END_OF_DOCUMENT_TOKEN_TO_BE_REPLACED

A debutante and daughter of a doctor, Anika "Boo Boo Kitty" Calhoun (Grace Gealey) is the definition of success. Calhoun is an independent businesswoman who is driven to succeed at any cost. Personally appointed as artist development by her ex-fiance Lucious Lyon, Anika has launched the careers of Empire Records artists like 187 Kevin and Elle Dallas.

END_OF_DOCUMENT_TOKEN_TO_BE_REPLACED

Heavily pregnant talk show host Tamera Mowry (The Real) rode a scooter at Disneyland in California, as she enjoyed the day with her family. She was seen sitting and riding on the scooter the entire day while her family rode rides and strolled behind her. At times she was also seen walking around with her son Aden Houseley, who probably thinks pregnant women are handicapped. Tamera is 7 months pregnant according to her Twitter feed.
Photos: Fern / Splash News

END_OF_DOCUMENT_TOKEN_TO_BE_REPLACED 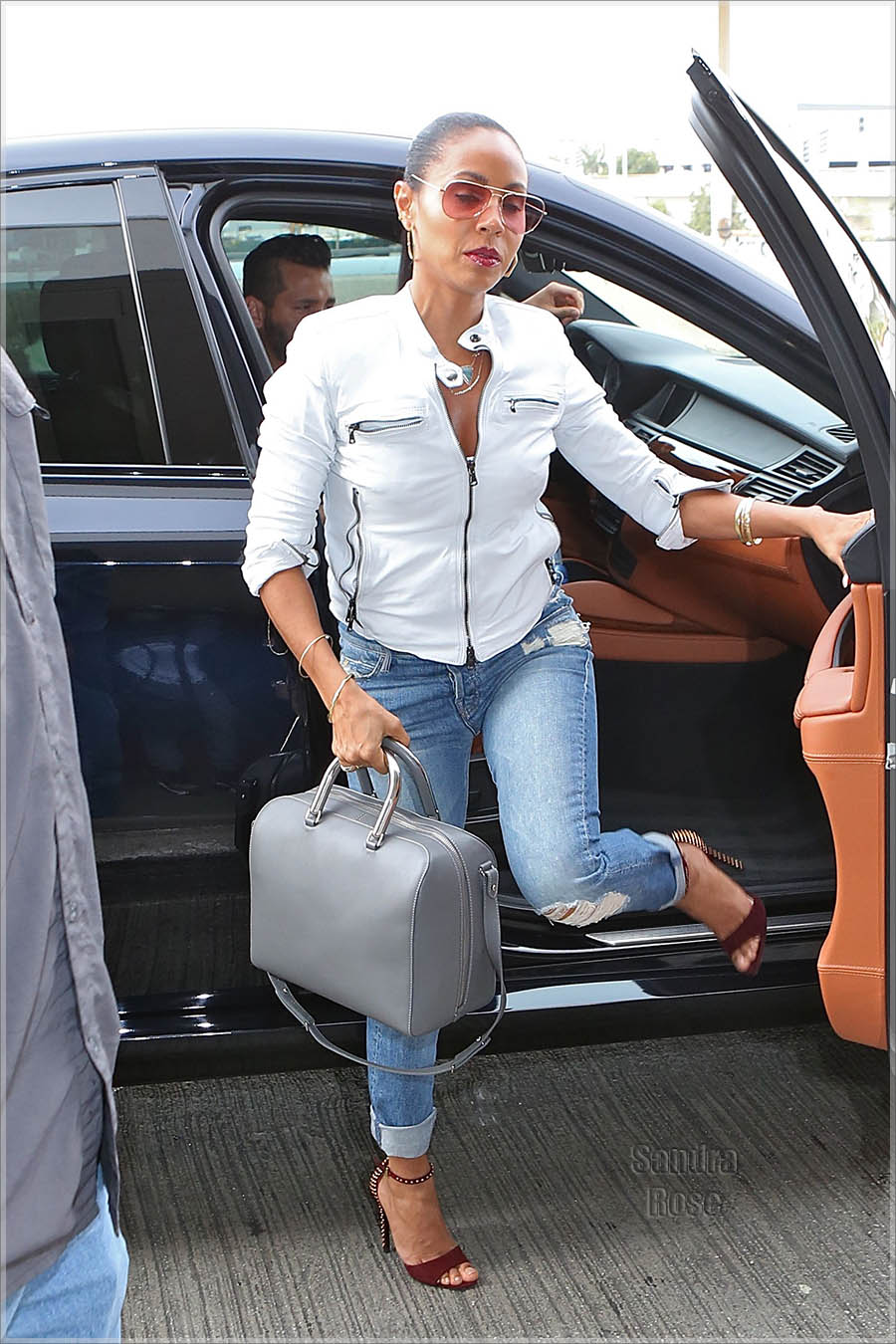 Actress Jada Pinkett Smith departed from Los Angeles International Airport (LAX) in LA on Tuesday, March 10. Smith, 43, announced she is leaving the TV show 'Gotham' after completing 1 season. "I signed for a year and the year is up,” she said in a recent interview. In a different interview, Smith said she got so hot and bothered by her hunky co-stars during the filming of 'Magic Mike XXL' that she wanted to "procreate" right there on the set. Smith, who plays a club owner in the movie, said "So I walked onto my set for the first time -- my club. At my club it's just... ten, eleven, twelve chocolate men getting greased down by the make-up department and literally I walked onto the set and my knee buckled. And for the first time in my life, that other head below started talking to me, 'Procreate, procreate, procreate.'" She continued: "And my top head was like, 'Jada, there is not a Will Smith on this set. You can't procreate with nobody,'"
Photos: WENN.com