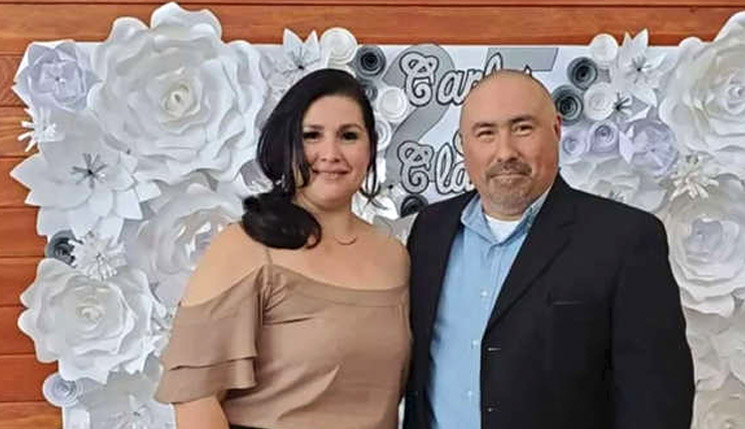 Donations poured in to two fundraisers for the four children of Joe and Irma Garcia who died within 48 hours of each other.

$2.5 million was raised for the children of Irma Garcia, one of two teachers killed by an 18-year-old gunman at Robb Elementary School in Uvalde, Texas on Tuesday, May 24.

Irma was killed alongside her co-teacher Eva Mireles, 44, and 19 of their students by a crazed gunman who was then shot dead by an elite Border Patrol agent.

Garcia's husband, Joe Garcia died within hours of placing a bouquet of roses at a memorial for his wife and the other victims.

KHOU aired video that shows Joe, 48, and his four children - Cristian, 23; Jose, 19; Lyliana, 16; and Alysandra, 12 - visiting a memorial to his wife and their mother on Thursday. Two hours later, Joe died of a "broken heart," according to his family members.

Joe Garcia visited his wife's memorial this morning to place flowers on a cross with her name on it. Joe is the husband to Irma Garcia. Not long after Joe visited Irma's memorial, he suffered a heart attack and died.

On Thursday evening three of the four Garcia children sobbed at a mass for their parents, as the town gathered to pay tribute.

Father Eduardo Morales blessed the three siblings who attended the service and told them: "We are your family. Your mother and father will always find a way to take care of you."

Father Eduardo Morales blessed these children tonight during Mass telling them “We are your family. Your mother and father will always find a way to take care of you.”

The children of Irma and Joe Garcia. She was one of 2 teachers killed Tuesday

He died today of a heart attack. pic.twitter.com/wFgnUUBajV

The couple were high school sweethearts who were married for 24 years. Joe was a teacher, while Irma was a fourth grade teacher at Robb Elementary for 24 years.

Two GoFundMe pages set up to help the Garcia children had collected more than $2.5 million in donations by Thursday night.

Parents of the deceased students are outraged by officers who stood around for an hour while the gunman shot 38 people inside the school. 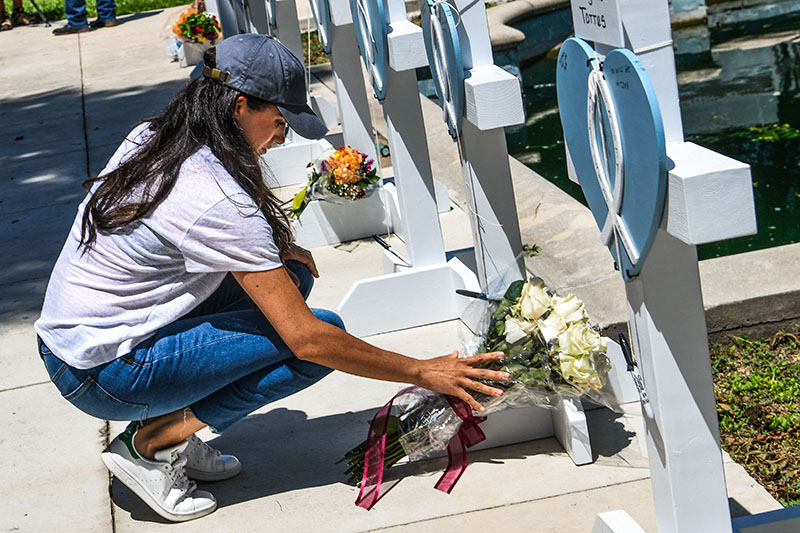 Meghan, Duchess of Sussex, made a surprise appearance in Uvalde, Texas on Thursday, May 26.

19 children and 2 teachers were killed in a mass shooting at an elementary school in Uvalde on Tuesday.

The Duchess placed flowers at a makeshift memorial outside Uvalde County Courthouse. She dressed casually in a white top, blue jeans, white Adidas sneakers and a denim ball cap. 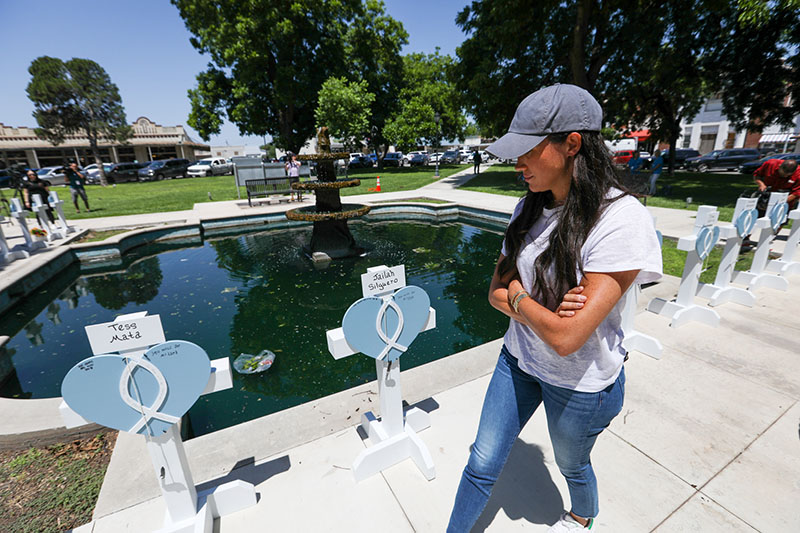 Meghan and her husband, Prince Harry, are civilians living in California. In 2020 they announced that they were stepping back from their roles as senior members of the royal family in England.

Meghan visited Texas, as parents of the deceased children questioned the time the gunman spent inside the school.

Law enforcement officers confirm that the gunman was inside Robb Elementary School for at least an hour before an elite Border Patrol agent made entry and neutralized the threat.

The shooter had time to gun down 32 people inside 2 adjoining classrooms. 17 people were injured.

Many wonder whether this latest tragedy could have been prevented. Uvalde became the site of the worst school shooting in Texas history.