The same giddy women who helped catapult YouTuber Kevin Samuels to stardom now want him gone from the Internet.

Samuels - a self-described relationship expert - made a name for himself by making degrading comments about Black women.

Now his critics want him gone for galvanizing "men of all races and nationalities in the outspoken hatred of women."

Over 12,000 people signed a petition on Change.org calling for Samuels' removal from social media platforms.

The petition claims Samuels' rhetoric has inspired men to commit "Acts of violence, sexually predatory behavior and even death" against women.

"Women feel unsafe in the presence of men who identify with his ideology and have even been berated while going about their daily lives, (yes, even while at work), with criticisms that have been spoken directly from Mr. Samuels’ mouth. The very words that were spoken on social media platforms have permeated every facet of daily life for unsuspecting women." 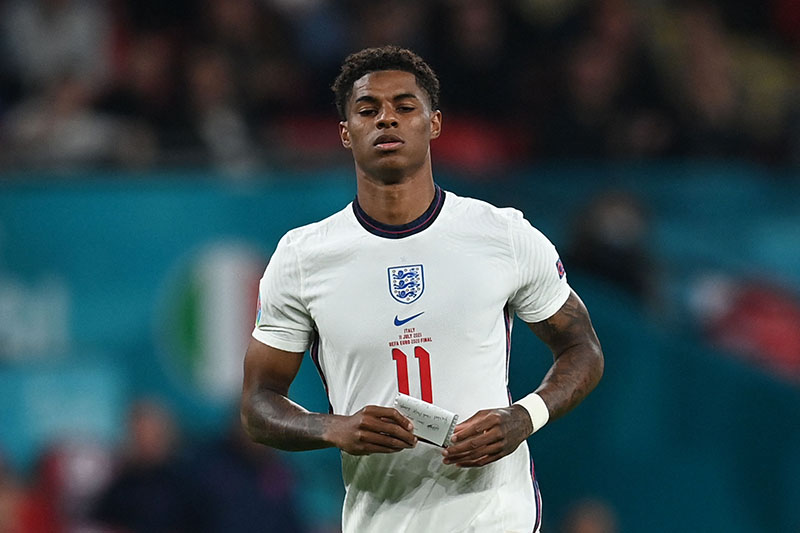 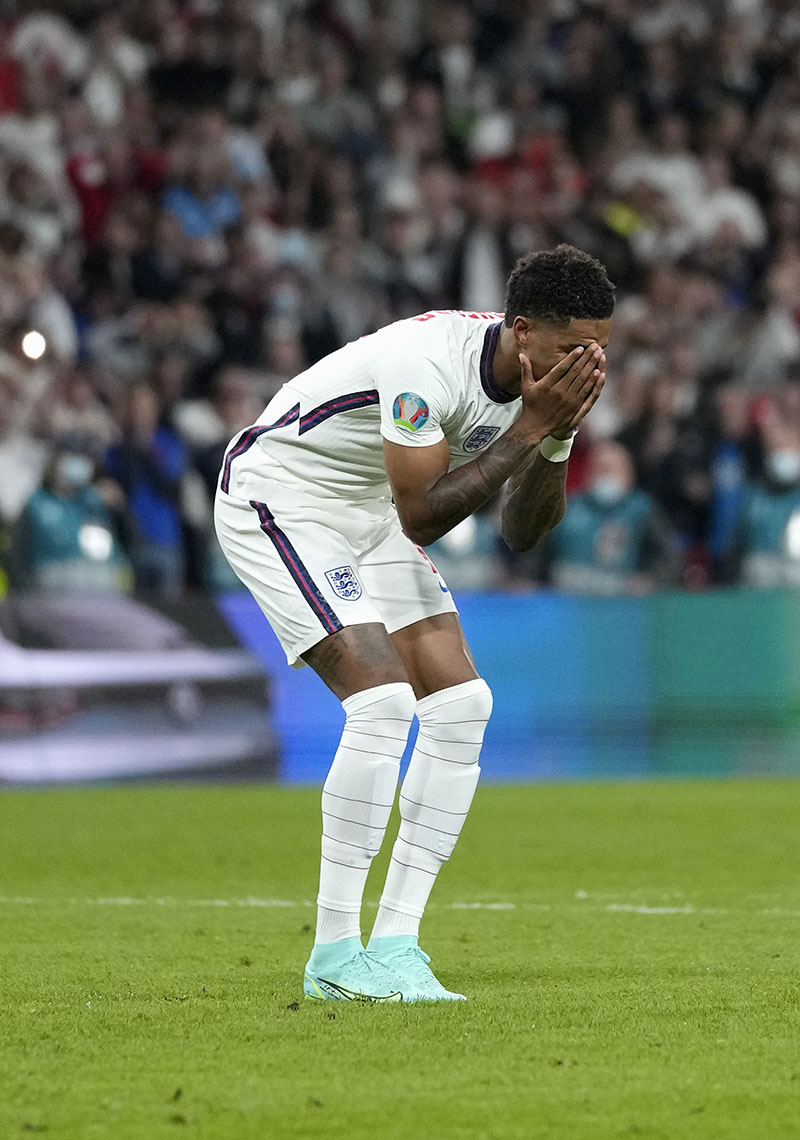 A photo of Rashford reacting to his missed penalty kick went viral on social media.

The overwhelming racist abuse on social media generated headlines around the world. Celebrities and politicians in America condemned the racism.

Sean Combs shared a B&W photo of England's Black players on his Instagram account. He captioned the image:

"We stand with you Kings. Proud of all your efforts on and off the field and we will always support you. Continue to inspire. Love

And to the racists… F*CK YOU!"

Dozens of fans repaired a defaced mural of Marcus Rashford by taping cards, flowers and banners over it.

Thanks to a petition that garnered over 600,000 signatures, UK parliament is debating a new law that would make it mandatory to provide verified identification to create a social media account.

The petition states that the account of a person under 18 must be verified with the ID of a parent or guardian.

The new law makes it easier to trace young hoodlums who post racist or hateful comments on social media.

England had reached the Euro Cup 2020 final for the first time in history on Sunday. Fans took to the streets to celebrate the country's first-ever appearance in the final. 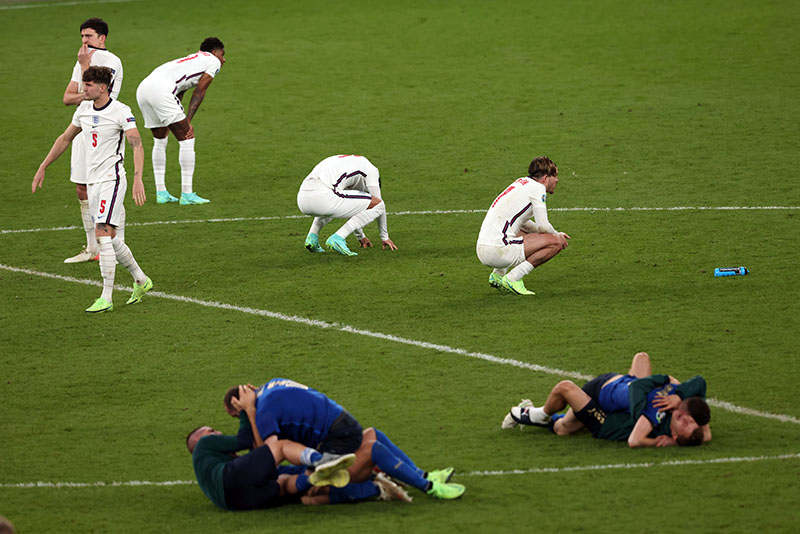 Dejected England players react to a missed penalty kick while Italy players celebrate in the foreground.

England was the odds on favorite to win. But the three players missed their penalty kicks and Italy won the shootout.

British reality star Katie Price got the ball rolling by asking fans to sign the petition.

THE VILE RACIST ABUSE ENGLAND PLAYERS ARE NOW FACING, PROVES WHY THIS PETITION IS MORE IMPORTANT THAN EVER @rioferdy5 @England https://t.co/XCXj9J6sde pic.twitter.com/dYsKzGHXuJ

They have inspired us, played their part in taking us to the final and stepped up when their country needed them most. They deserve our admiration not hate. We proudly stand with these brave lions.
#SayNoToRacism #HopeUnited pic.twitter.com/z3slAgRKFq 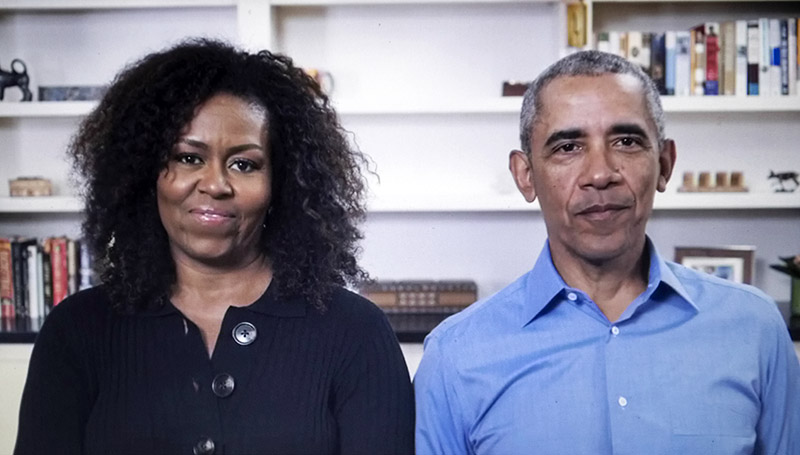 Cardi B has defended Kylie Jenner's cameo appearance as a whore in her "WAP" video featuring Megan Thee Stallion. Cardi issued a statement after angry fans launched petition to have the reality star's cameo removed from the music video.

Cardi and Megan Thee Stallion dropped the video for their collaboration on Thursday, Aug. 6, featuring a variety of dancers including Normani, Mulatto, and Suki.

Jenner's appearance riled Cardi's fans, who demanded her removal in a Change.org petition that was launched over the weekend, labeling Jenner a "culture vulture".

But the "Bodak Yellow" star hit back on Twitter, insisting, "Not everything is about race."

Fans were tight that Normani and the other dancers were depicted as strippers while Jenner strolls down a hallway opening a door.

"Normani did ALL this and Kylie walked down the hall and opened a door. If that's not a perfect visual indication of Black women having to do the most..." wrote one fan, prompting the hitmaker's response.

"Normani is one of the best female artist that dances like she dances her f**kin ass off!" Cardi wrote. "Why would she open a door? Please tell me how that would make sense? The best part of the song is the beat and hook, it what makes you want to shake your ass."

She continued: "Not everything is about race. Theres issues out here in the world that is about race and I preach all the time about. This is not about f**kin race."

"Why did I put Kylie on my music video? She treated my sister and daughter so lovely at her kid's bday party," Cardi insisted in a final tweet. "Travis (Scott, Kylie's ex) and Set (Offset, Cardi's husband) are real close and Kris Jenner have given me advice on certain things I ask for and her husband real cool with mine."

Sandrarose.com gave the music video 2.5 roses, but my readers gave it 0.5 roses -- usually reserved for music videos that belong in a dumpster.

A petition urging members of Equinox Fitness Centers to cancel their memberships is gaining momentum on Change.org. The controversy began when Equinox parent owner Stephen Ross announced he was planning a $100K/plate fundraiser for President Donald Trump's re-election campaign.

END_OF_DOCUMENT_TOKEN_TO_BE_REPLACED 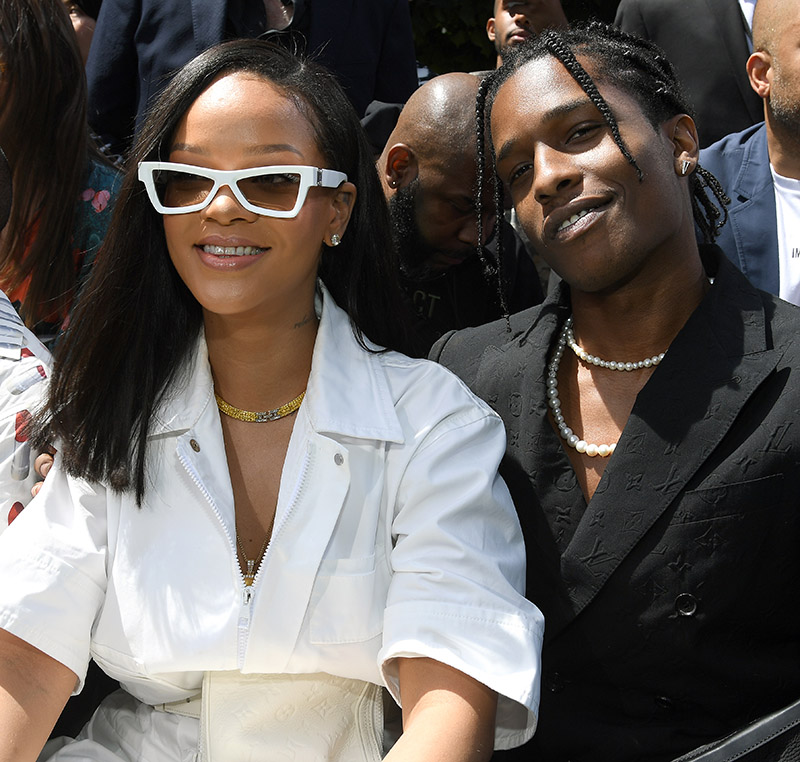 END_OF_DOCUMENT_TOKEN_TO_BE_REPLACED

A petition asking Disney/Marvel to rehire 'Guardians of the Galaxy' director James Gunn has generated over 270,000 signatures.

END_OF_DOCUMENT_TOKEN_TO_BE_REPLACED

Embattled Power 105.1 host Charlamagne Tha God finally commented Monday about a disturbing Podcast dialogue he had with co-host Andrew Schultz about drugging and raping a woman.