The drama unfolded when another user paid tribute to the late LGBT+ icon Luther Vandross.

Kola retweeted his post and commented: "I got to meet Luther Vandross & even hung out with him when he was on a date with Randy Jackson (of the Jacksons) at CATCH ONE in Los Angeles."

In response to a flurry of comments on her timeline, Kola expressed regret for outing Randy before he was ready to leave his comfort zone.

Randy, 59, joined the famed Jacksons when his older brother, Jermaine Jackson, left the group to remain with Motown Records in the 1970s.

Janet Jackson heaped praise on Ciara's "too cute" children for dressing as her and big brother Randy Jackson for Halloween.

Ciara shared a snap of 5-year-old son Future Zahir Wilburn and 2-year-old daughter Sienna Princess as they rocked out in matching pink costumes on her Instagram page.

Ciara, 34, captioned the shot "The Jacksons", and the picture quickly caught the attention of Janet, 53, who commented with a sweet and simple: "Too cute," WENN.com reports.

While many fans assumed Future was dressed as Janet's late brother Michael, others were quick to point out that he was actually dressed as Randy, now 57. 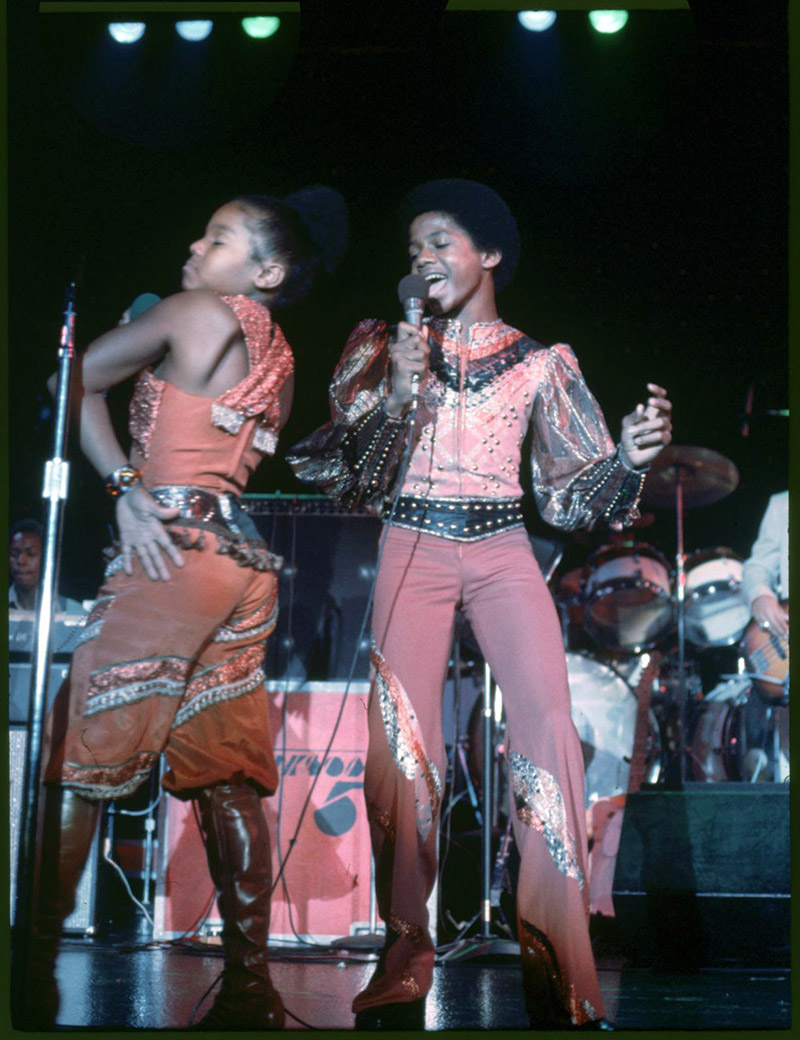 Janet and her brother Randy were the youngest members of the musical Jackson family from Gary, Indiana. The two siblings joined their famous brothers - Michael, Marlon, Jermaine, Tito and Jackie - when they performed on the road during summer breaks.

Janet and Randy were popular for their grown up skits during the Jacksons' dinner & show tours. Little Janet brought the house down when she delivered Mae West's famous line to Randy: "Why don't you come up and see me sometime?"

Randy became an official member of the Jacksons in 1976 when he replaced older brother Jermaine, who left the group to pursue a solo career with Motown after contract negotiations fell through. Motown kept the "Jackson 5" name.

Future and Sienna's costumes were created by designer Michael Costello, who told E! News that Ciara was "very hands on" during the process of designing the outfits. Future's tuxedo and Sienna's dress both took between three to four days to complete, and cost between $1,200 and $1,400 apiece.

"I think the costumes are just super special because they're fun, they're youthful, they're a timeless classic," he explained. "I like that Ciara wanted to do something vintage-inspired and super adorable. I love the thought and creative process behind it. It's just fun! And it's refreshing because I'm kind of sick and tired of seeing superheroes and zombies everywhere."

Ciara and husband Russell Wilson's costumes weren't as original or as cute as their kids' costumes. CiCi and Russ dressed up as Beyonce and Jay-Z visiting the Louvre Museum in Paris, France.

"I dont like that Paris is still in this facility. It's not right. She's been there much too long," Randy tweeted on Tuesday.

"She is not psychotic. There is no reason for her to be in a psychiatric hospital this long away from her family," Randy fumed in a series of tweets.