Fans are mourning the loss of Black K. Michelle. The 35-year-old R&B singer is best known for her hit singles "Fakin' It" and "Can't Do This."

Fans protested when the singer unveiled her new look after she apparently bleached her skin. But now she has apparently undergone a series of facial reconstruction surgeries that rendered her unrecognizable.

One fan wrote to Sandrarose.com:

"I was wondering, have you seen Kimberly Michelle Pate lately? I would love to get your take on her new look."

A fan on IG wrote: "K Michelle is that You forreal?"

"The fact that she cried on live about not getting work done...clearly them lips are bigger..."

A third fan wrote: "Hey where did Kmichelle go. Has Anyone seen Kmichelle."

K. Michelle made headlines in 2018 when she announced she had undergone reconstructive surgery to remove the hydrogel butt implants that distorted her body.

Michelle said she was done with plastic surgery for good, and she vowed to Love herself more. She seemed sincere at the time.

See K. Michelle before the surgeries below. 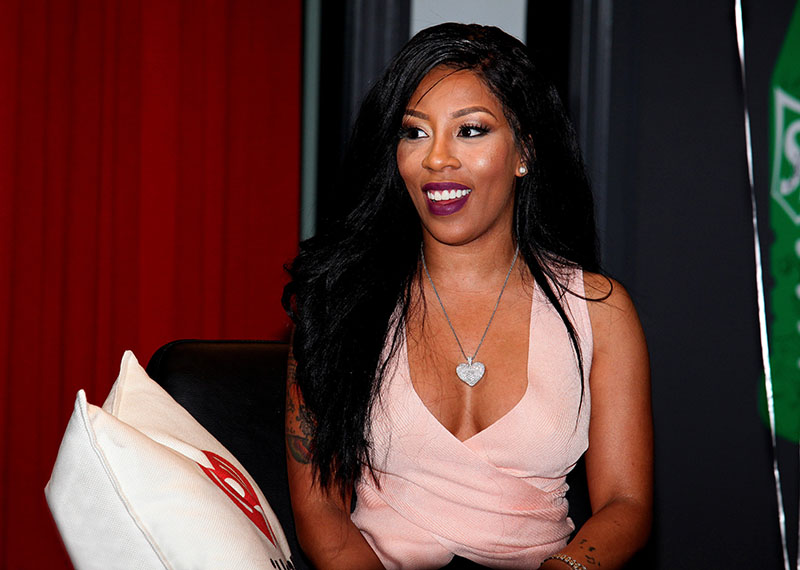 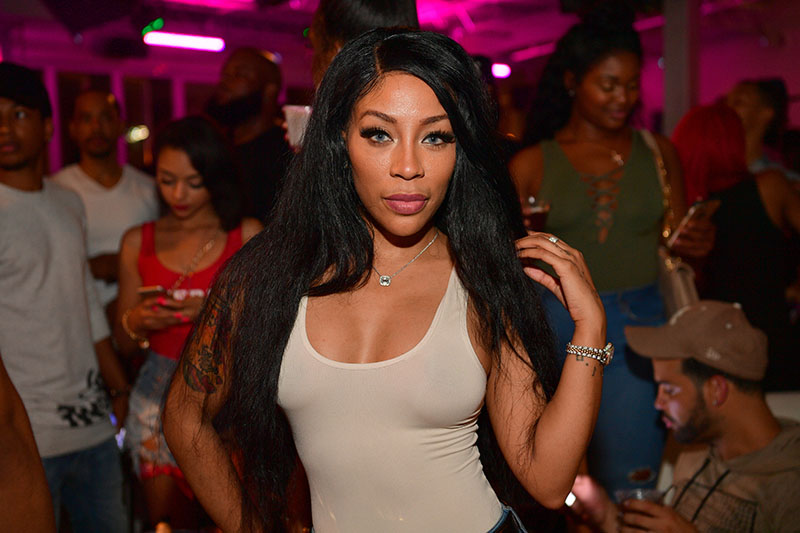 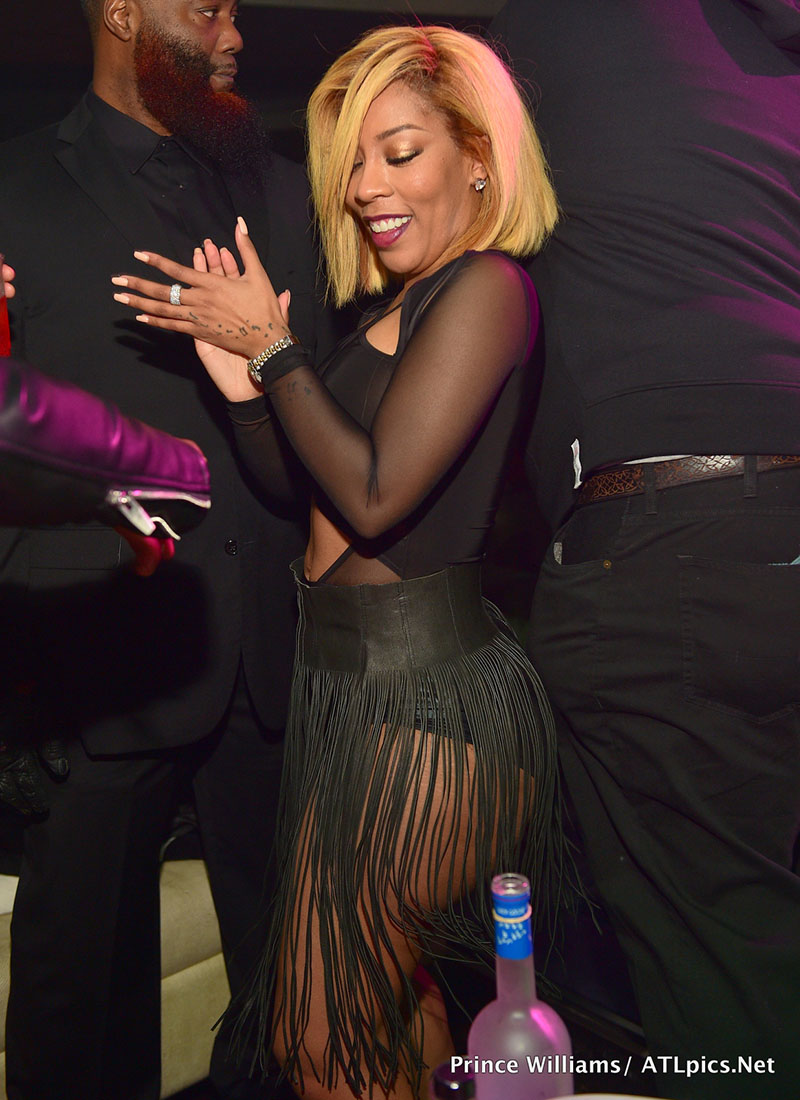 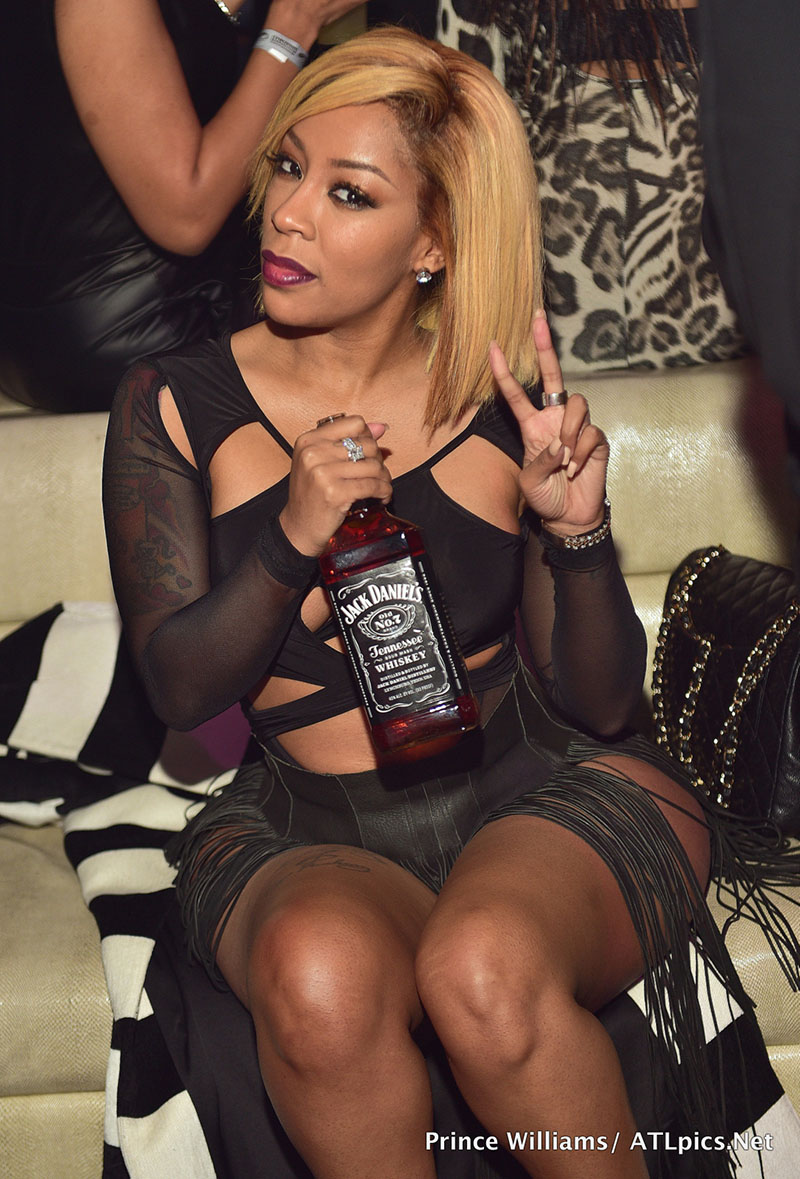 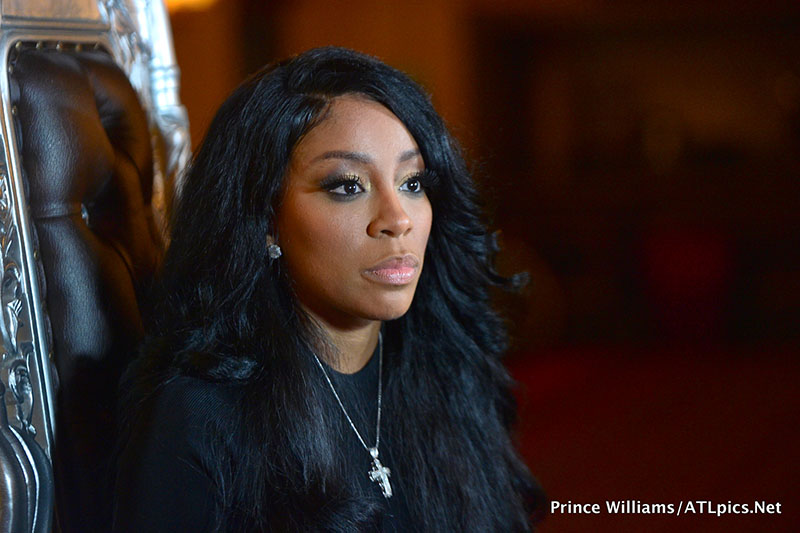 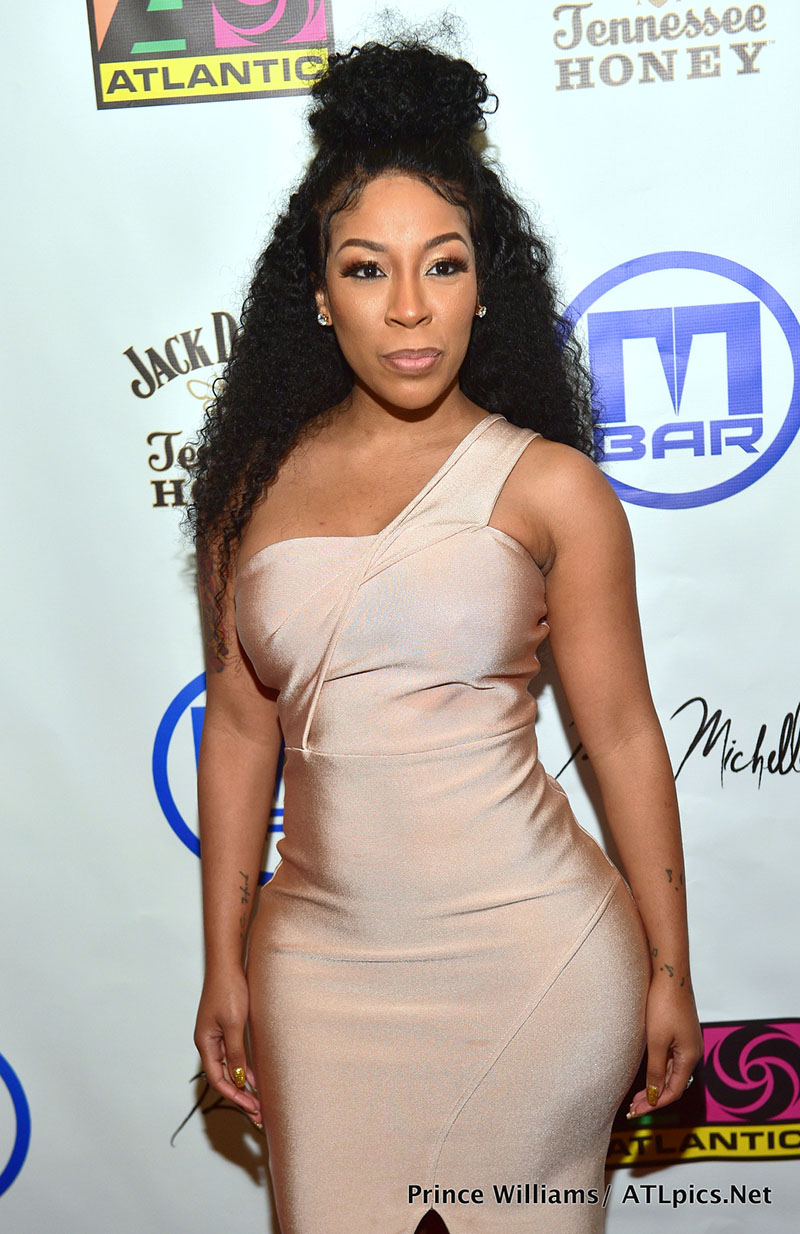 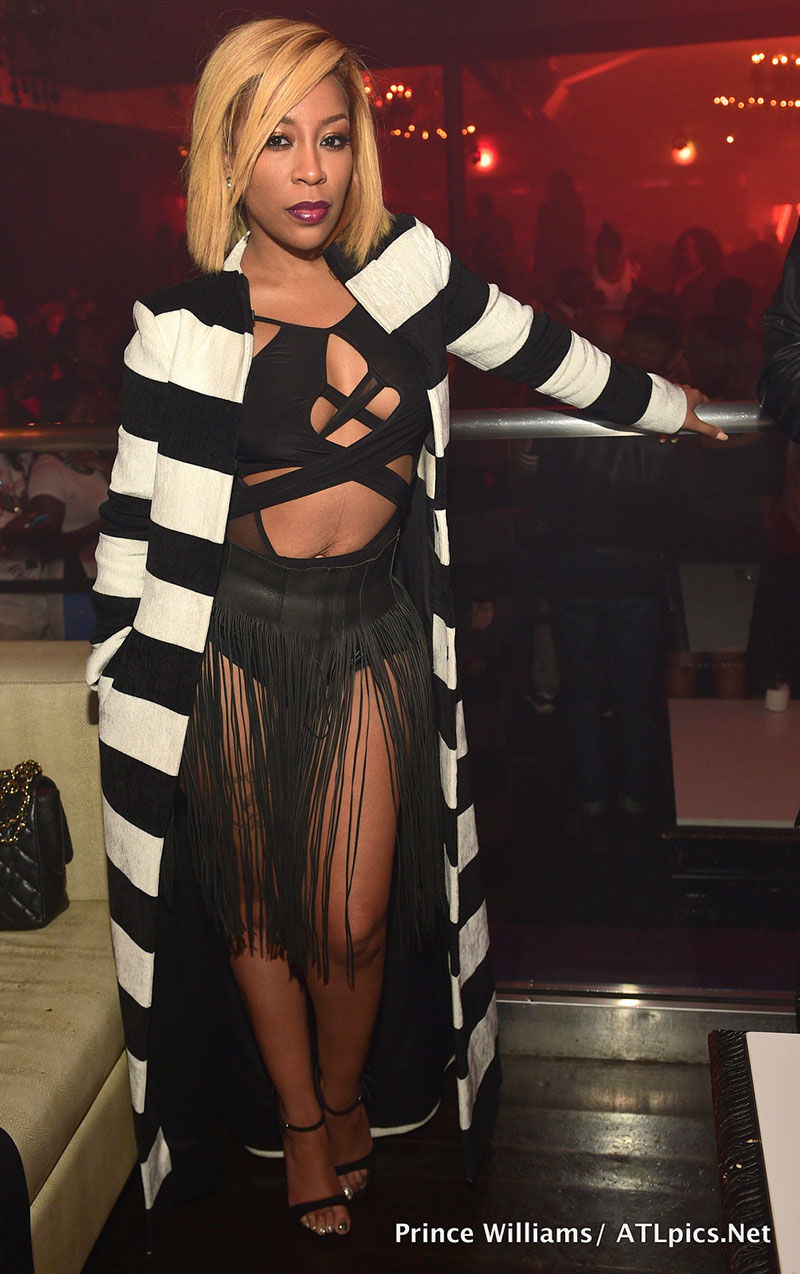 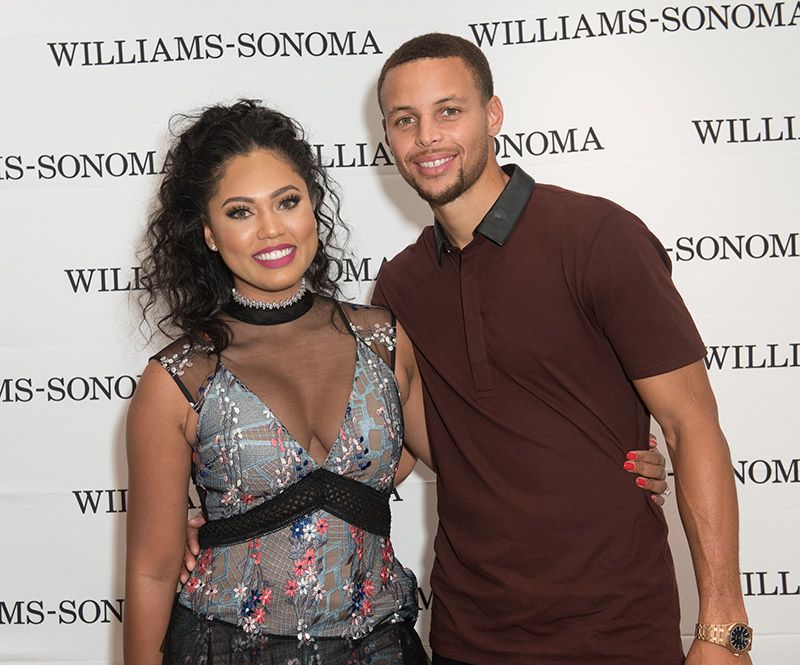 Stephen Curry's wife, Ayesha Curry trended on Twitter.com over the weekend when she unveiled her newly reconstructed face and body in pictures on Instagram.com.

The mother-of-3 was heavily criticized for posing in a bikini in photos taken by her NBA superstar husband.

Followers called her a hypocrite for "slut-shaming" women who wear skimpy clothes for the 'Gram.

"Everyone's into barely wearing clothes these days huh? Not my style. I like keep the good stuff covered up for the one who matters."

Everyone's into barely wearing clothes these days huh? Not my style. I like to keep the good stuff covered up for the one who matters ???

After the backlash to her bikini photos, Ayesha took to Instagram to defend her new look in a video.

She told her followers she's "down 35 pounds" and "very happy to be me."

"I spent my entire 20s having babies, nursing Babies. Now it's my turn to nurse myself. I'm Jamaican, I'm strong, I'm fast and I'm resilient... Negativity only makes a mom go harder. Word to the wise." 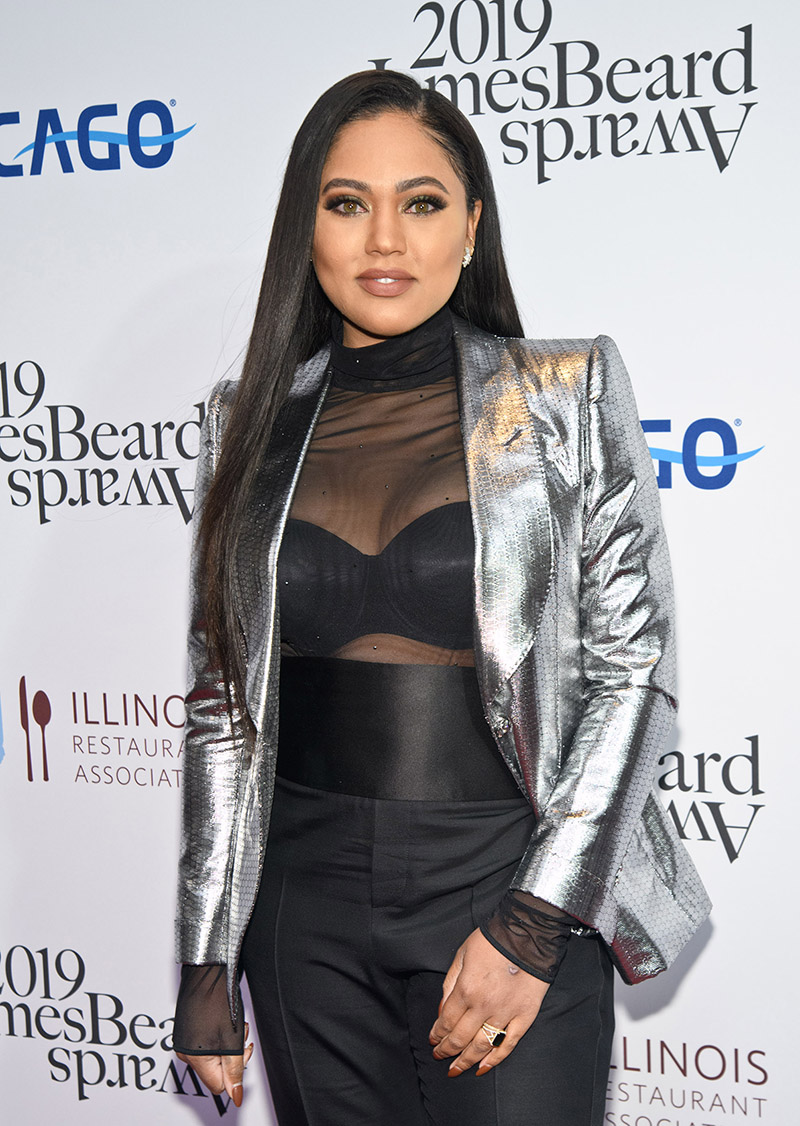 A reality TV surgeon was let go from the University of Miami Health System after he was caught posting images of a transgender patient's severed genitals on his Instagram.com account.

END_OF_DOCUMENT_TOKEN_TO_BE_REPLACED

Socialite Jhonni Blaze is among the millions of Americans who don't want to put in the sweat equity in the gym to develop abdominal muscles naturally.

END_OF_DOCUMENT_TOKEN_TO_BE_REPLACED

Bruce Jenner, aka Caitlyn Jenner, confirms he underwent a sex change operation at the beginning of the year. Jenner, who hopes you buy his book on April 25, says he went under the knife for the final cut “So all of you can stop staring."

END_OF_DOCUMENT_TOKEN_TO_BE_REPLACED

Singer/actress Keke Palmer deconstructs socialite Kylie Jenner's rise to fame thanks to extensive plastic surgery and reality TV. I know this is late. But stop griping and learn something.

END_OF_DOCUMENT_TOKEN_TO_BE_REPLACED

Instagram users are having fun with images from Kim Kardashian's GQ photo shoot. Friends say the mother-of-2 paid close to a million to nip and tuck her body into something that resembles a broken Barbie doll.

END_OF_DOCUMENT_TOKEN_TO_BE_REPLACED

Apparently the tranny look is all the rage among women of a certain age.

Aging female celebrities like NeNe Leakes, 48, have taken note of all the praise and accolades heaped on female impersonators like Bruce Jenner, 66, and Laverne Cox, 32.

END_OF_DOCUMENT_TOKEN_TO_BE_REPLACED

It's hard to tell the difference, but Bruce Jenner's facial skeletal reconstruction, facelift and lip fillers cost a whopping $70,000. The 65-year-old cross-dresser emerged from the closet to seek fame and fortune after living in the shadows of his ex-wife, Kris Jenner, and his stepdaughters.

END_OF_DOCUMENT_TOKEN_TO_BE_REPLACED

Rick Ross's new concubine, Lira Galore popped up on everyone's radar after she was picked over and passed around by rappers and singers such as Justin Bieber.

A savvy groupie with above normal intellect, Galore apparently stacked her chips carefully and used the cash to renovate her face and body.

The results are quite impressive to say the least. Bieber's money was well spent.

Click the link to see the before-and-after photos courtesy of Black Sports Online.

END_OF_DOCUMENT_TOKEN_TO_BE_REPLACED

Sean Combs' concubine, Cassie Ventura, is no longer embarrassed about the facial scar resulting from a head injury she received in a sport utility accident. Unfortunately for her, Cassie was not wearing the recommended protective head gear while riding a 4-wheeler.

END_OF_DOCUMENT_TOKEN_TO_BE_REPLACED 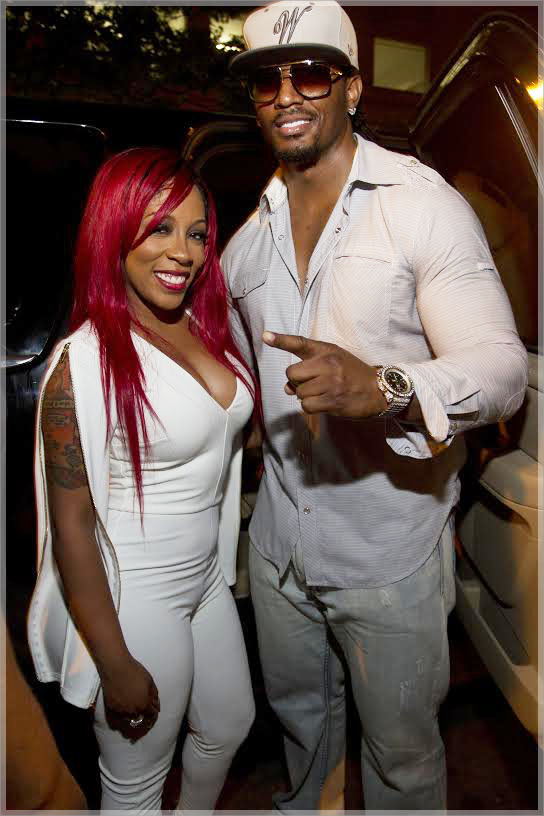 END_OF_DOCUMENT_TOKEN_TO_BE_REPLACED

Angelina Jolie has had both of her breasts removed as a proactive measure to prevent breast cancer.

The 37-year-old actress made the announcement in an op-ed piece she wrote exclusively for today's New York Times.

The Oscar-winning actress, who is in a long term relationship with actor Brad Pitt, said she underwent the double mastectomy after doctors found a gene that makes the probability of her developing breast cancer very high.

She said she made the choice with thoughts of her six children after watching her own mother, actress Marcheline Bertrand, die at a young age from cancer.

Quoting her 6 children, Jolie writes, "They have asked if the same could happen to me."