LL Cool J has restored the red Audi from the cover of his Bigger and Deffer (BAD) album.

LL, who was inducted into the HOF last week, is giving back to the organization by donating the antique car from his second album cover. 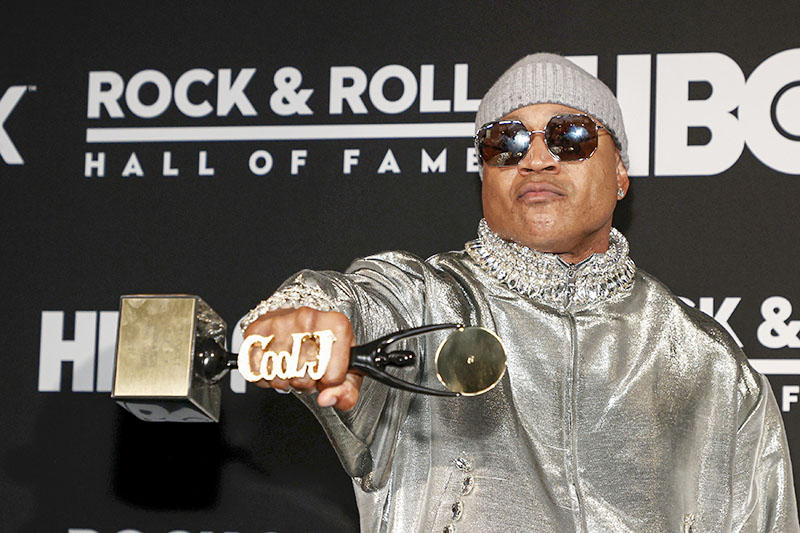 The Audi was LL's first big purchase after signing his initial Def Jam record deal. He kept the car all these years -- storing it in the garage at his grandmother's house -- which he also kept in the family.

According to TMZ, LL towed the car to custom auto body shop Unique Rides in NYC to restore it.

The shop's owner, Will Castro, tells TMZ that LL approached him last year during the pandemic, asking if the UR crew could restore the rust bucket.

The BAD album, released in 1987, featured LL standing on the hood of a red Audi outside his former high school in Queens. 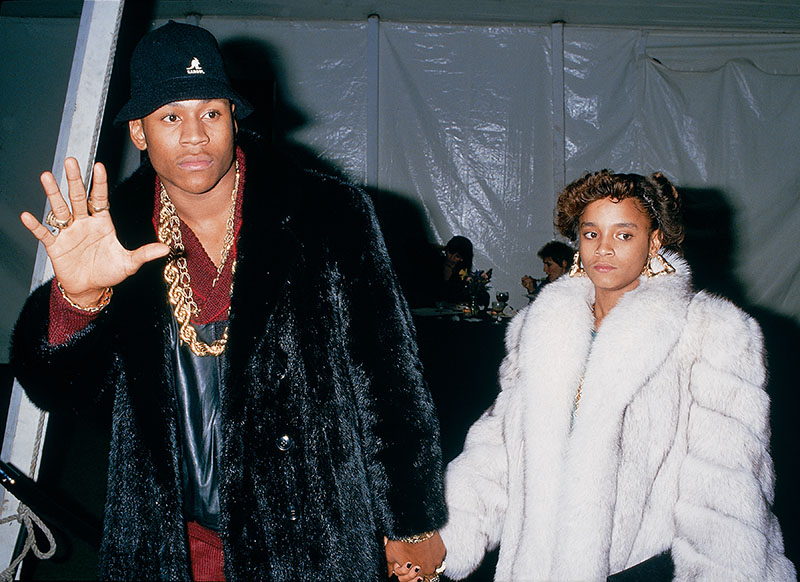 LL, 53, attended Andrew Jackson High School until he dropped out in the 10th grade to pursue a rap music career. LL is pictured with his then-girlfriend Simone Johnson in 1988.

The BAD album, which many LL fans consider a classic, featured the No. 1 hit "I Need Love", as well as the singles "I'm Bad", "The Do Wop", "My Rhyme Ain't Done" and "The Breakthrough." 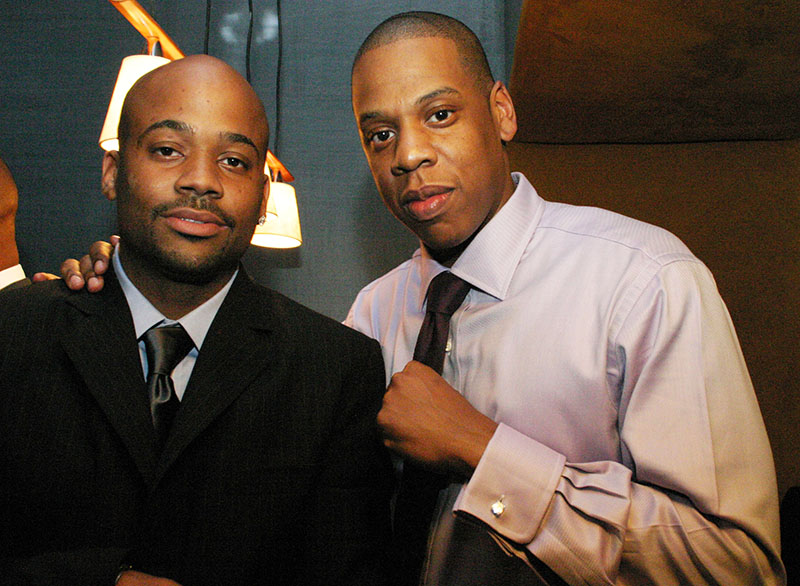 Damon Dash (left) is eager to sit down and talk man to man with Jay Z, after the rapper extended an olive branch to him during his induction into the Rock & Roll Hall of Fame.

The two men were close friends when they co-founded Roc-A-Fella Records with partner Kareem "Biggs" Burke back in 1995 and released Jay Z's album Reasonable Doubt in 1996. However, they fell out when they sold their remaining 50% stake in Roc-A-Fella Records to The Island Def Jam Music Group.

Things came to a head earlier this year when Dash decided to proceed with an auction to sell his share of Jay Z's album Reasonable Doubt, despite legal action from the rapper.

However, Jay Z, 51, spoke warmly about Dash, 50, at the Hall of Fame induction on Saturday, saying:

"Shout out to Dame. I know we don't see eye-to-eye, but I can never erase your accomplishments. And I appreciate you and I thank you for that... Thank you for our journey. Thank you. Thank you for your contribution to this journey." 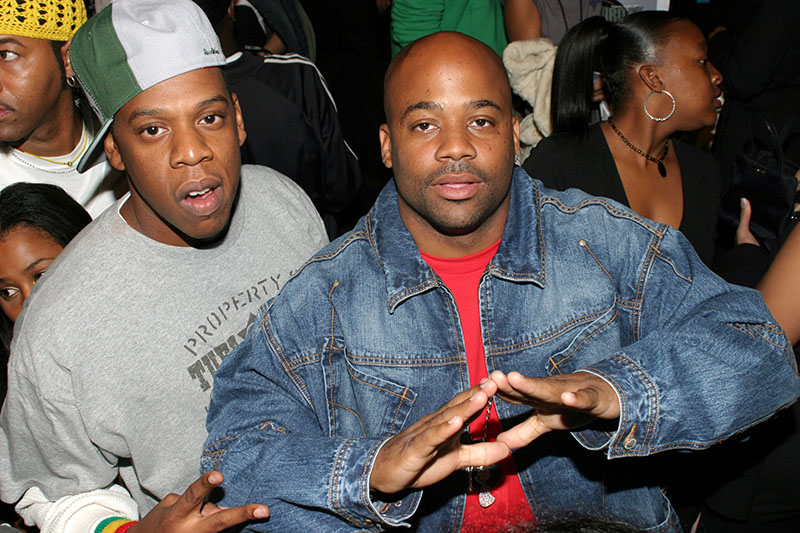 "I'm glad he said it for the culture. We need to squash everything. So hopefully if that was an extended (olive branch) I'll spin one back," said Dame, pictured with Jay Z in 2004.

"I have no beef with (him) if (he has) no beef with me. Let's get the lawyers out of it then. Let's talk like men, but I definitely appreciate it.

"I would never want you to think that we have to go to the court to resolve anything. We can talk it out and the culture needs to see two strong black men working out a problem. Even if they worked together they can go their separate ways they can still be cool."

Despite their differences, Dash said he will always consider Jay Z a "brother".

"We should not be divided. We have accomplished too much to be beefing... There ain't no way I'm never gonna [not] consider [him] my brother — it's just that we don't see eye-to-eye." 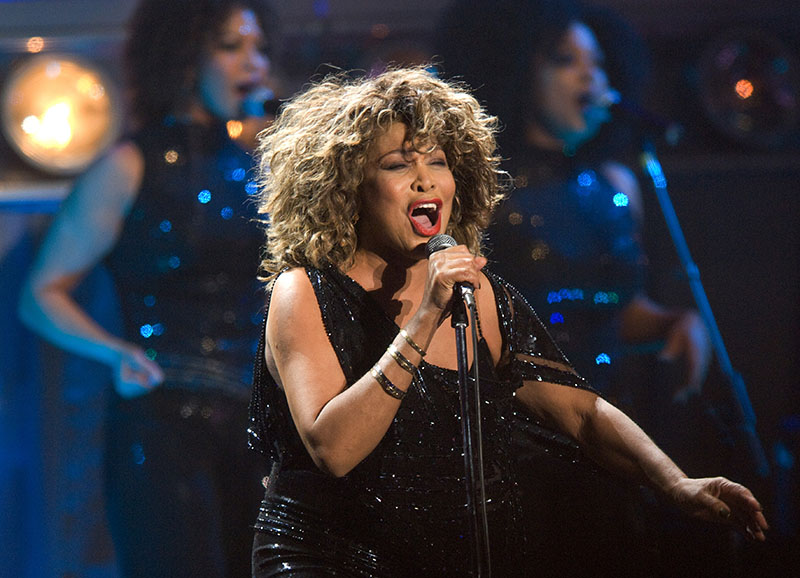 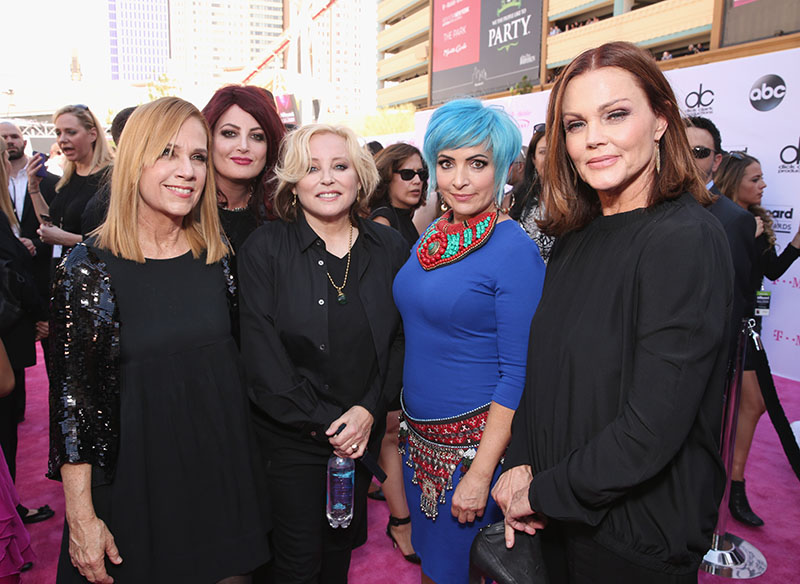 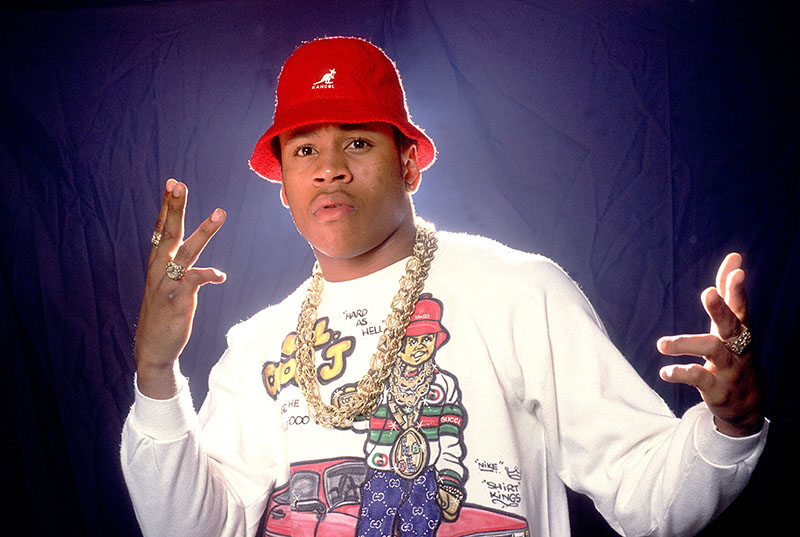 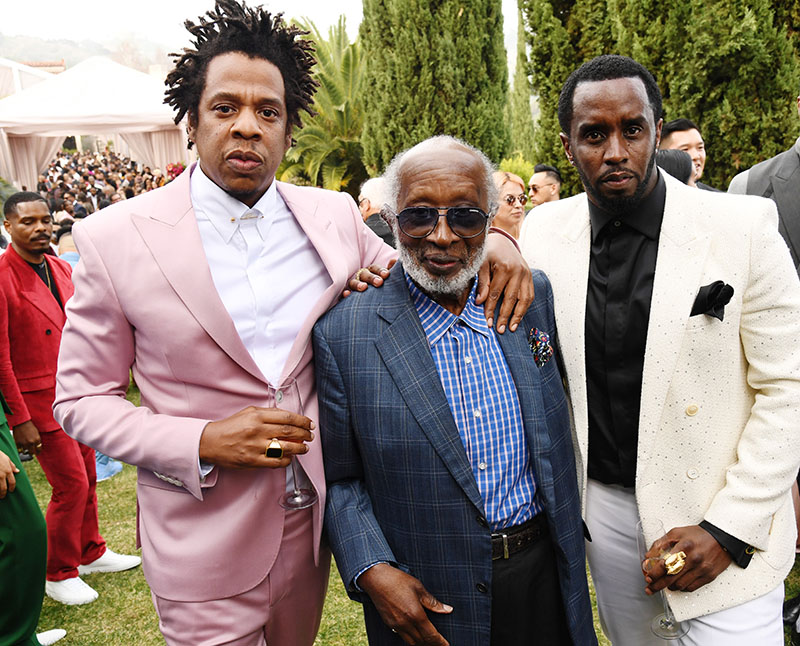 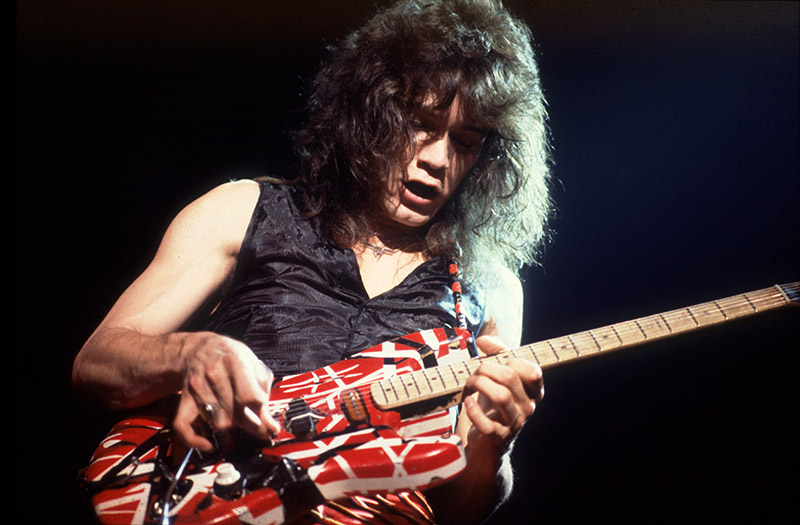 The legendary guitarist and co-founder of Van Halen passed away on Tuesday after a long battle with stage 4 throat cancer.

Sources directly connected to the rock star tell TMZ, Van Halen died at St. Johns Hospital in Santa Monica Tuesday. His wife, Janie was by his side, along with his son Wolfgang Van Halen and brother Alex Van Halen.

Eddie died soon after doctors discovered his throat cancer had metastasized to his brain as well as other organs.

Eddie had been battling cancer for well over a decade. Though he was a heavy smoker for years, Eddie believed he developed the throat cancer from his habit of holding a metal guitar pick in his mouth 20 years ago, TMZ reported.

Eddie formed the classic rock group in Pasadena in 1972 with his brother, Alex, on drums, Michael Anthony on bass and lead singer David Lee Roth. Eddie served as the main songwriter on their self-titled debut album in 1978, which launched the group into rock superstardom in the '80s.

The group Van Halen was inducted into the Rock & Roll Hall of Fame in 2007, and Eddie is widely considered one of the greatest rock guitarists of all time. 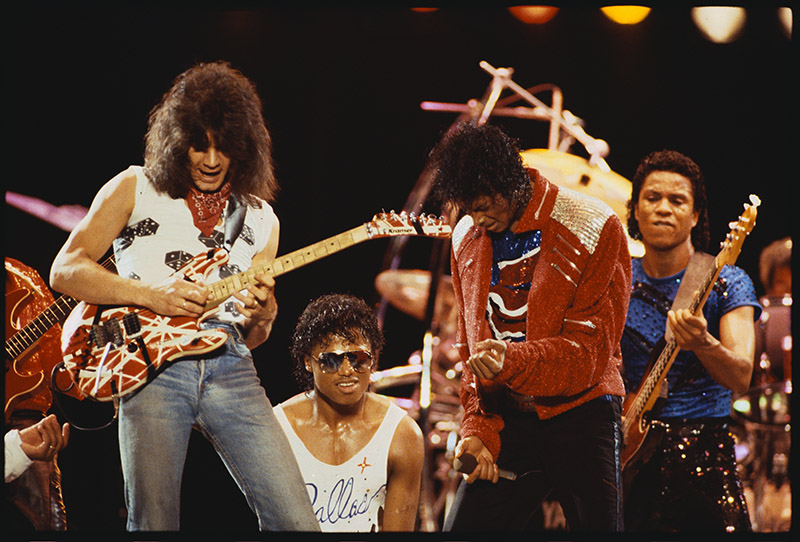 Eddie was uncredited on "Beat It" and he declined to accept payment for his contribution to music history. 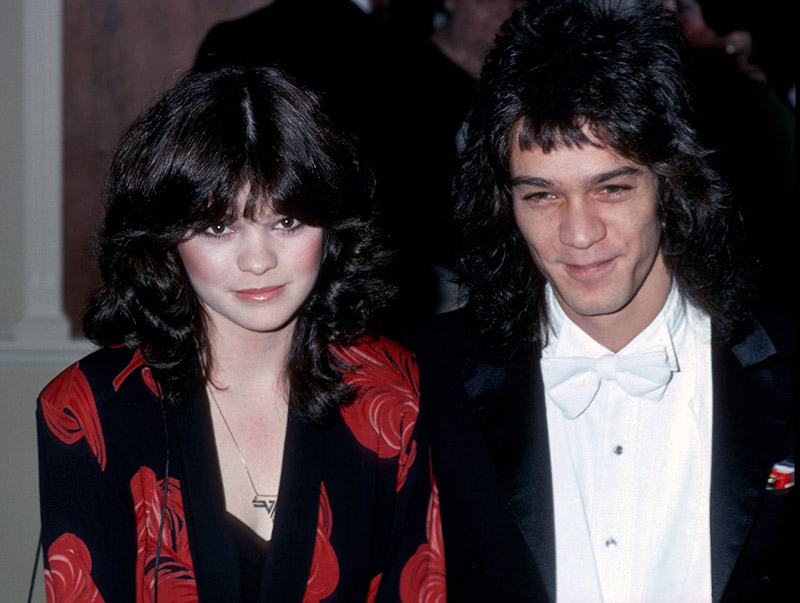 Eddie is survived by his wife Janie and his son, Wolfgang, whose mom is Eddie's first wife, actress Valerie Bertinelli. Eddie and Valerie divorced in 2007 after 26 years of marriage.

In her autobiography, Valerie suggested the main reasons for her divorce were her husband's cocaine addiction and his refusal to quit smoking despite being diagnosed with oral cancer and losing one-third of his tongue after chemotherapy.

Lesane Parish Crooks, aka Tupac Shakur, was inducted into the Rock & Roll Hall of Fame at the Barclays Center in Brooklyn, NY on Friday, April 7.

END_OF_DOCUMENT_TOKEN_TO_BE_REPLACED

Chuck Berry, one of the pioneers of rock & roll music, has passed away at age 90. Berry was pronounced dead on Saturday after EMS responded to a medical emergency at his St. Charles County, Missouri home.

END_OF_DOCUMENT_TOKEN_TO_BE_REPLACED

A NY Times writer is on the hot seat for questioning singer Beyonce's status as a fashion Icon. Writer Vanessa Friedman questioned why the Rock and Roll Hall of Fame in Cleveland included 7 of Beyonce's tour costumes in an exhibit in the Legends of Rock section. Friedman notes that Beyonce is not a legend of rock music, nor is she a fashion icon.