A New Orleans woman spent Valentine's Day behind bars after she reportedly shot and killed the father of her child outside Walmart.

Alexis King, 20, is charged with second-degree murder in the death of her boyfriend in a parking lot outside the entrance of Walmart in Chalmette.

The victim -- who was not named -- was rushed to a hospital, where he died.

Using surveillance video, investigators identified the victim as a Walmart employee, and King as a worker at a nearby business.

King admitted to killing her boyfriend once in police custody, according to the St. Bernard Parish Sheriff's Office.

Walmart reps released a statement to the NY Post on Tuesday:

"We were devastated to learn that one of our own had passed due to this horrific act of violence. Our focus is on supporting the associates in the store during this difficult time and assisting law enforcement in their investigation. Our hearts go out to the family and all those affected by this terrible situation."

The 40-year-old singer posted photos of herself dressed for a night out on the town with her husband, rapper Jay Z, 52.

Beyonce wore a red leather miniskirt (retail $990) with white button-down blouse, which she paired with a matching crystal-embellished belt (retail $506) and pearl-studded pumps.

She accessorized with Alexander McQueen's "The Story" handbag (retail $2,890) and a pair of Valentino logo sunglasses (retail $355).

As usual, the mom-of-3 and stepmom of 2 didn't caption her post - having nothing to say to her loyal fans.

Once known as the hottest chick in the game, Beyonce's body still looks good for her age. She earned high praise from some of her 165 million followers on Instagram.

"Wow BEY YOU BLESSED US," gushed one follower.

And a third fan asked Bey to hire him as her stylist.

END_OF_DOCUMENT_TOKEN_TO_BE_REPLACED

Ciara Wilson dropped the music video for her latest single "Greatest Love" to celebrate the season of Love. Valentine's Day is Thursday, and lovers are already dedicating Ciara's single, "Greatest Love" to their loved ones on Quiet Storm radio shows.

END_OF_DOCUMENT_TOKEN_TO_BE_REPLACED 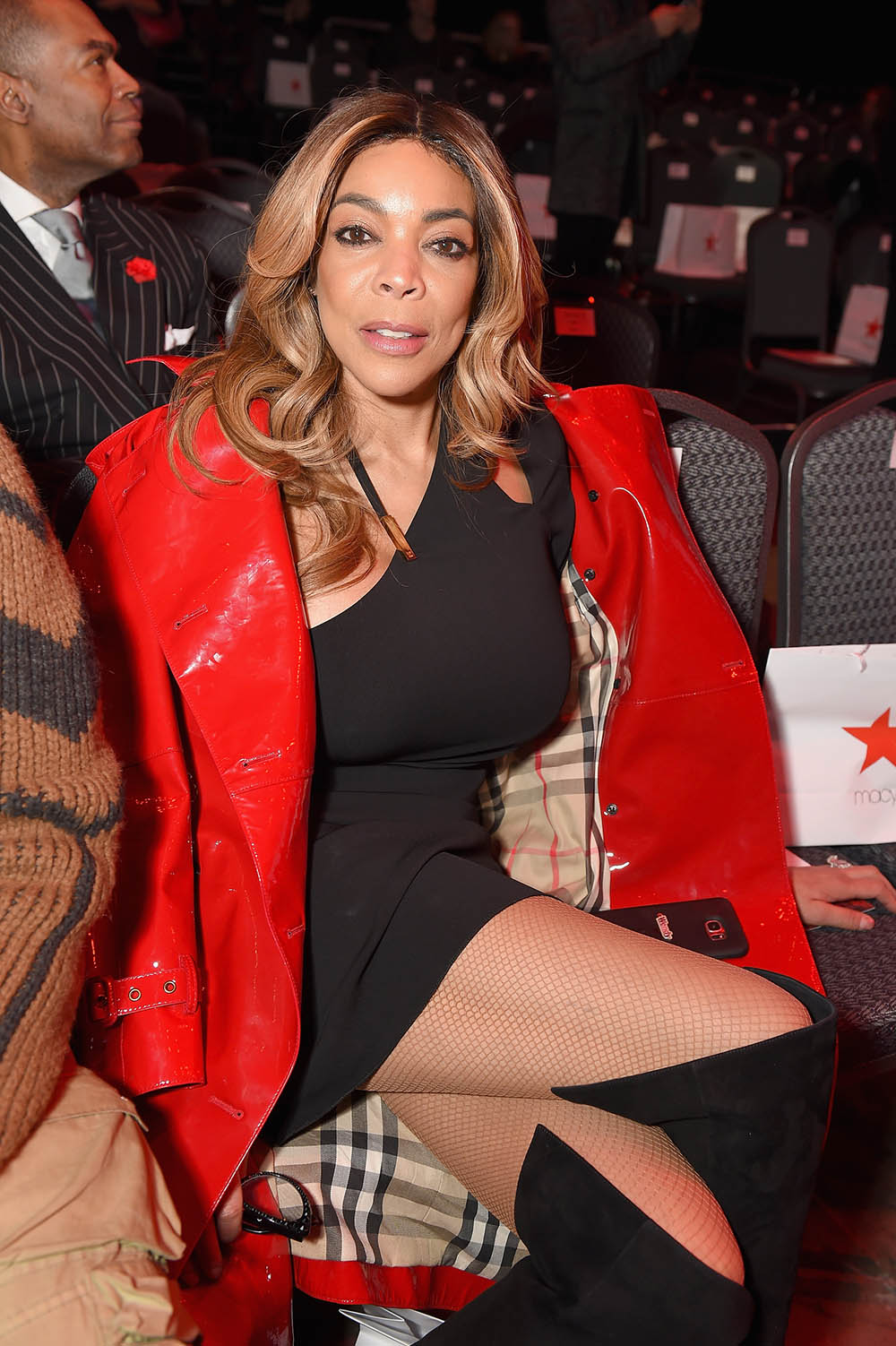 Wendy Williams announced Wednesday's segment of her popular daytime talk show, The Wendy Williams Show, has been canceled. A rerun will air on Feb. 14 instead.

Insiders say Wendy canceled her Valentine's Day show because she couldn't bear to tape the show (and be her usual bubbly self) while her husband, Kevin Hunter, is pulling double duty with another woman.

END_OF_DOCUMENT_TOKEN_TO_BE_REPLACED

British actor Idris Elba sent his female fans into a frenzy when he offered them an opportunity to be his Valentine.

The hunky actor announced a contest in conjunction with fundraising website Omaze.com to offer one lucky female fan the opportunity to be his Valentine and to meet with him personally for drinks and dinner.

END_OF_DOCUMENT_TOKEN_TO_BE_REPLACED

A teenage neighbor of a Las Vegas mother of 4 who was shot during a road rage incident is in police custody.

Las Vegas police arrested Erich Nowsch, 19, on Thursday following a SWAT standoff outside his home just one block from where Tammy Meyer's lived.

END_OF_DOCUMENT_TOKEN_TO_BE_REPLACED

Atlanta police are on the hunt for a suspected shoplifter who boosted 785 pairs of panties from the Victoria's Secret boutique inside Lenox Mall.

END_OF_DOCUMENT_TOKEN_TO_BE_REPLACED

At least 2 celebrities went overboard in expressing their Love for their women on Valentine's Day. Kanye West, a narcissist who craves attention, made it be known that he lavished his baby mama, Kim Kardashian, with 1,000 roses for Valentine's Day. Well, pop singer Jason Derulo put Kanye to shame by ordering 10,000 roses for his fiancée, singer Jordin Sparks.