My spies tell me Keyshia Cole will be taping her reality show in Atlanta tomorrow (3/1). BET is set to tape "Keyshia Cole: The Way it is Reunion Show," featuring Keyshia's mother Frankie, and sister Neffe in front of a studio audience.

According to my source, "security will be very tight." Audience members must pass through multiple checkpoints, and "all bags and purses will be searched."

The show's producer, Tracey Edmonds, is not expected to be on the set. "Keyshia Cole: The Way It Is" premiered on BET on July 12, 2006, and is BET's highest ranked reality show.

Update: According to WSB-TV, rapper Juvenile's 4-year-old daughter, Jelani, was shot and killed by her 17-year-old stepbrother.

LAWRENCEVILLE, Ga. -- A 17-year-old was arrested Friday in the murder of his mother, a Gwinnett County sheriff's deputy, and his two sisters.Anthony Tyrone Terrell is charged with killing his mother, Joy Deleston, and his sisters Micaiah, 11, and Jelani, 4.

Terrell is a junior at Central Gwinnett High School. Jelani is the daughter of rap star Juvenile, according to child support records in Gwinnett County. The rapper's real name is Terius Gray.

The picture speaks for itself.

A source close to Rihanna's camp is disputing rumors that the rock Rihanna is sporting is a gift from her BFF Chris Brown. But another source informed me that Chris Brown and Riahanna's relationship is real. "But I can tell you that Rihanna and Chris Brown have been together since last year at the Billboard or Grammy awards. [Their relationship] is not a farce," he said. "They're not lying."

Thanks to loyal reader Tawanna for sending these pics of man magnet Gabrielle Union frolicking on Miami Beach yesterday. Gabby was on Miami Beach for a photo shoot for an unnamed magazine.

My photographer Freddyo said the club was so packed there was no parking even blocks away. Ballentine sparked controversy when he told his radio listeners that he was voting for Barack Obama because Obama is black.

Ballentine challenged his listeners to "reevaluate your blackness" if they are black and don't vote for Obama too. "Ain’t no white person going to tell me about black issues. He's black, he knows what I’ve been through," said Ballentine.

More photos from the party later.

Thanks to Ray Hamilton for the personal invite! 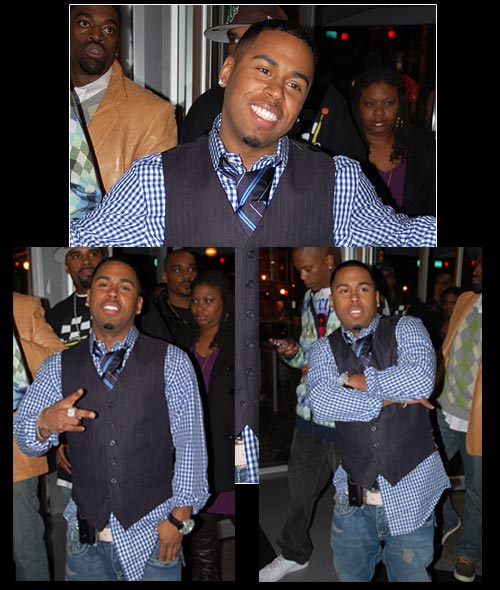 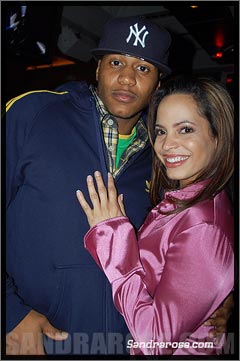 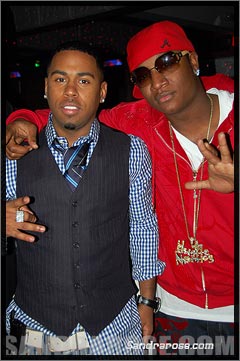 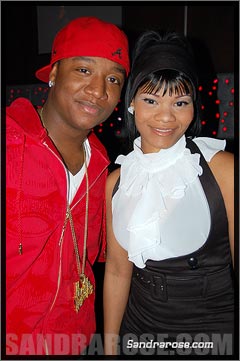 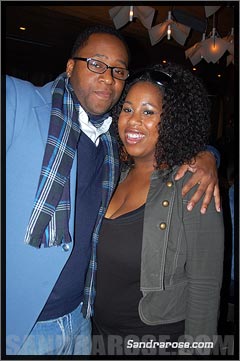 Former DTP/Def Jam artist Bobby Valentino looked so happy at his birthday party at Luckie Food Lounge on Wednesday night. DTP co-owner Chaka Zulu was there looking like he didn't have the heart to tell Bobby he would be dropped from the label the very next day. Yes, I could tell all that from looking at the pictures, lol.

According to Ryan Cameron of the popular Ryan Cameron Show on V-103, Keri Hilson is set to play Usher's love interest in the video for the first official track off his as yet untitled CD.

The track, "Love in This Club" featuring Young Jeezy, is produced by Polow Da Don and currently sits at #19 with a bullet on the charts.

Okay I'm kidding! But I'm sure she'll be on the set.

Star Jones wrote a well thought out letter in response to Bill O'Reilly's racial slur toward Michelle Obama on a recent show. As you all know by now, O'Reilly was talking to a caller who was angry at Mrs. Obama for saying, "for the first time in my adult lifetime, I'm really proud of my country."

O'Reilly responded in his famous tongue-in-cheek way by saying, "I don't want to go on a lynching party against Michelle Obama unless there's evidence, hard facts, that say this is how the woman really feels. If that's how she really feels - that this is a bad country or a flawed nation, whatever - then that's legit. We'll track it down."

To date, only two influential blacks have responded to the slur: Jesse Jackson and Star Jones In Jones' letter - which is reposted in its entirety on Black Voices.com - she said:

What annoys me more than anything is that I get the feeling that one of the reasons Bill O'Reilly made this statement, thinking he could get away with it in the first place, and then followed it up with a lame apology in a half-hearted attempt to smooth any ruffled feathers, is because he doesn't think that black women will come out and go after him when he goes after us. Well, he's dead wrong. Be clear Bill O'Reilly: there will be no lynch party for that black woman. And this black woman assures you that if you come for her, you come for all of us." -- Star Jones Reynolds READ MORE...

Thanks to loyal readers Kisha and Honey for the tip!

Shawty Lo and DJ Unk were the only Dirty South superstars in the building when Lo celebrated the release of his CD Wednesday night at ESSO. Hits Daily Double estimates Lo's CD will sell 35k units based on first day sales reports from major retailers.