How embarrassing is it when a commoner starts a petition to shame a millionaire into combing her daughter's hair -- and it works? 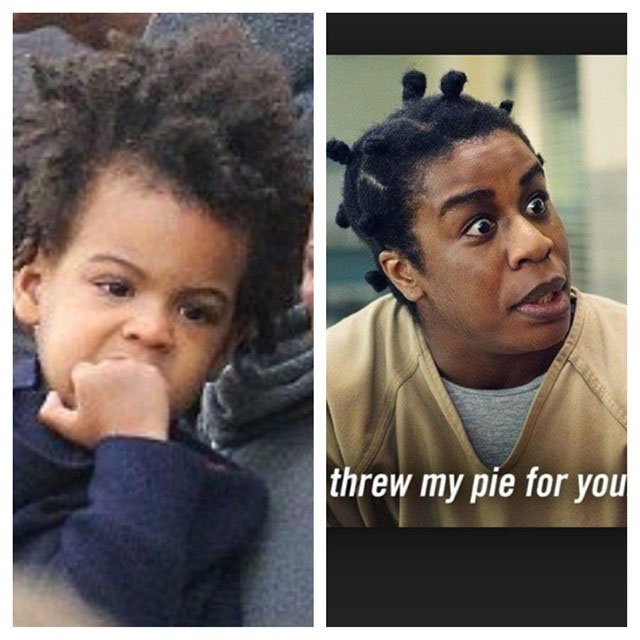 Someone created a Change.org petition requesting that singer Beyonce Knowles-Carter comb and moisturize her daughter, Blue Ivy's hair yesterday. The petition was created in response to photos showing Blue Ivy in public wearing a mess of matted, unkempt, dry hair on her head. The Internet response was swift with condemnation. Even celebrities got in on the act, with one famous celeb comparing Blue Ivy to deceased rapper Ol' Dirty Bastard. After the petition garnered 1,500 signatures -- and made the evening news -- Beyonce finally got the message and combed and conditioned Blue Ivy's hair. Blue may not be Internet savvy now, but she will access the Internet in a few years. Hopefully she won't be traumatized by all of the criticism toward her mother.

Thanks to loyal reader Shanda J. for the tip.

Update: My Facebook readers say the above pictures are from March. 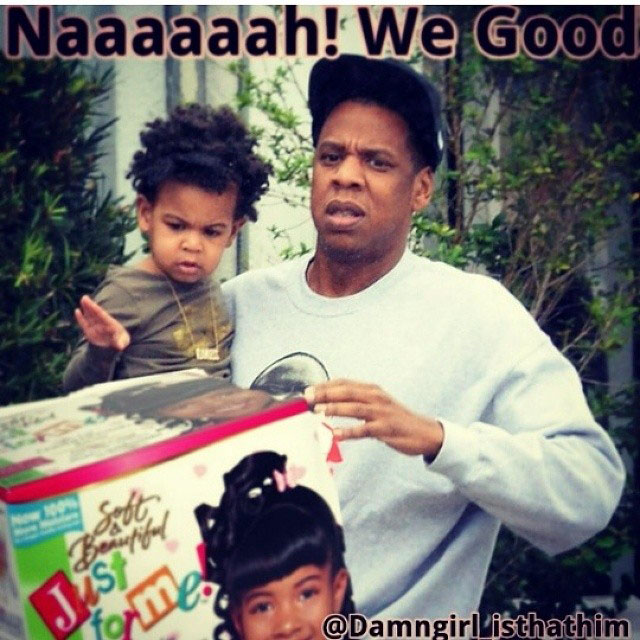 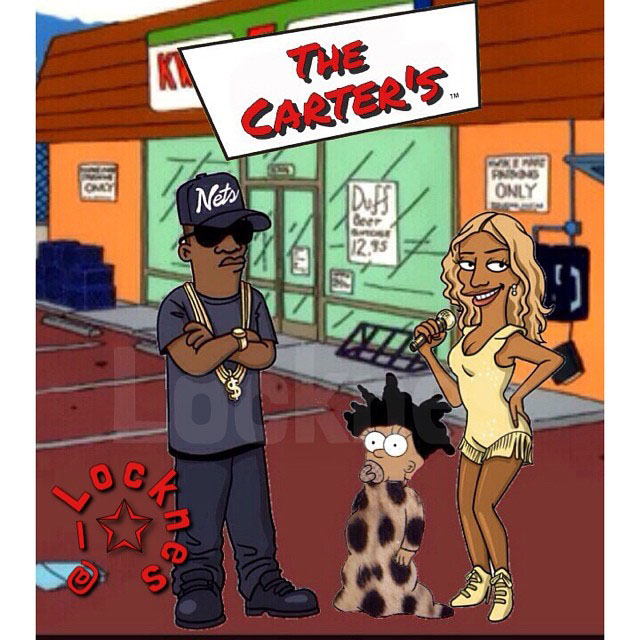 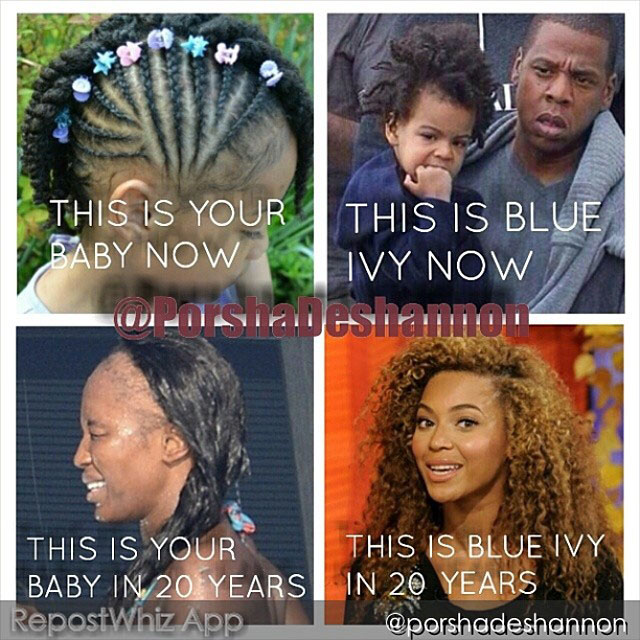