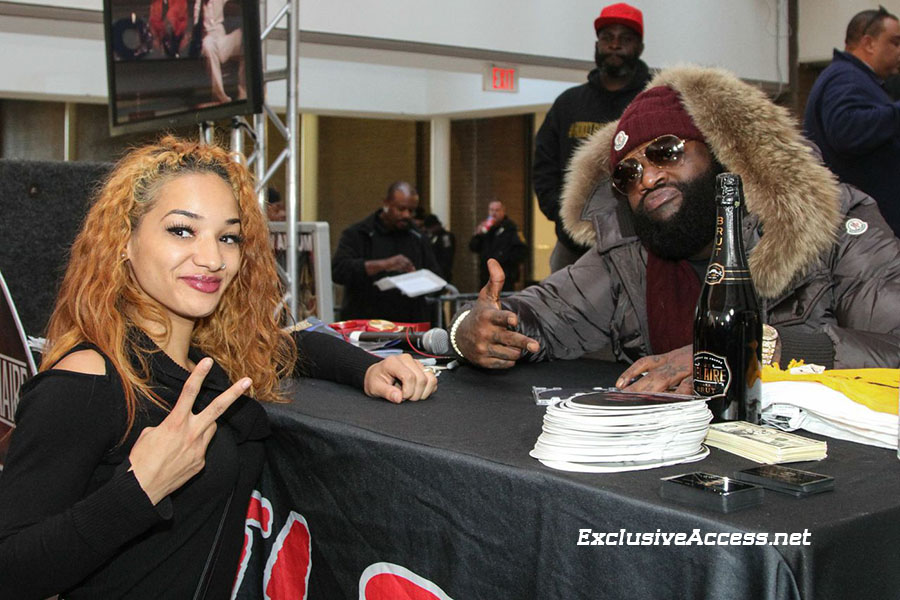 The young and old turned out to greet the "Hood Billionaire" rapper Rick Ross at his in-store record signing in Atlanta. Photos by celebrity photographer Thad of ExclusiveAccess.net 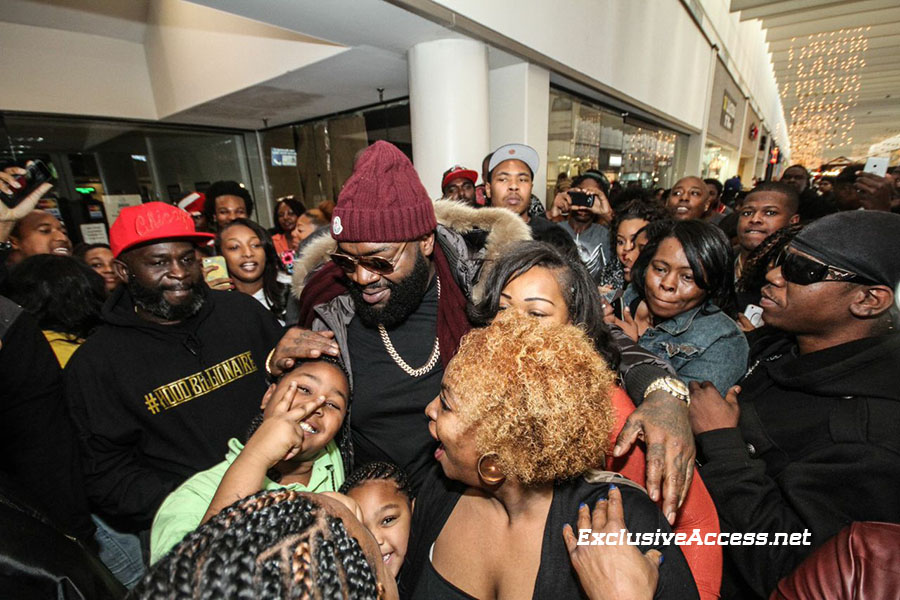 Ross, 38, signed copies of his Hood Billionaire CD at DTLR sporting goods inside the S. DeKalb mall. Afterwards, the former CO handed out cash money with his picture on the front. That went over really well with the undercover Hip Hop police in attendance. 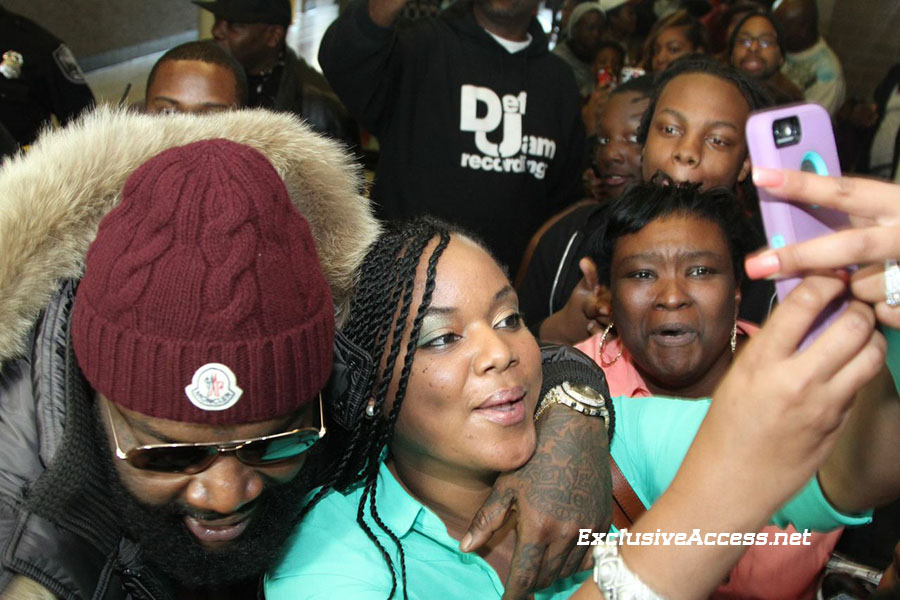 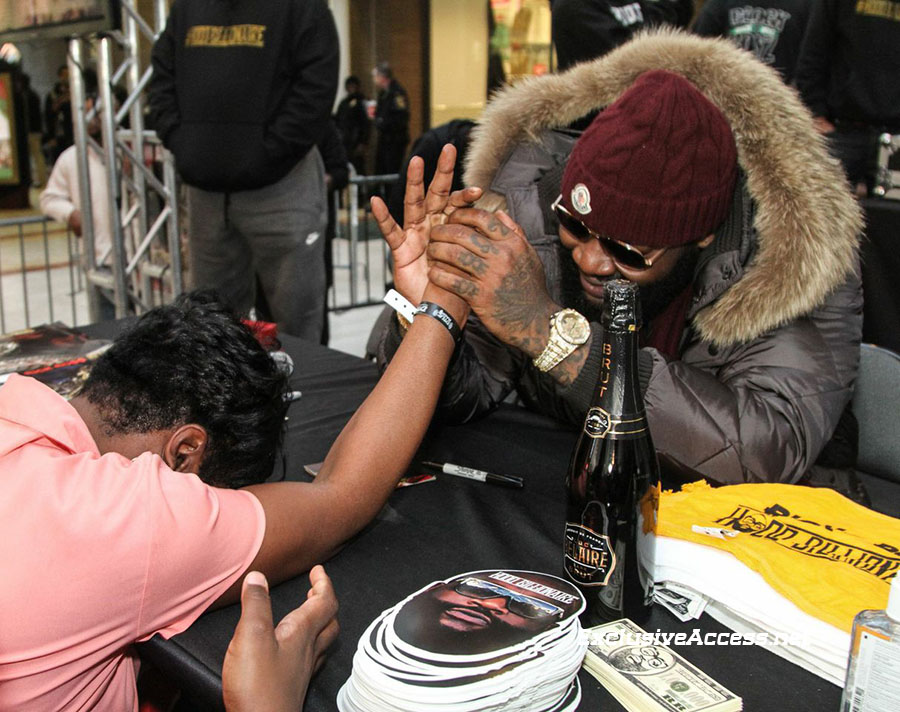 Grown women fell out and little kids cried as Ross stepped out of his chauffeured Bentley. Ross looked about 100 pounds smaller than he was the last time we saw him. Ross told USA Today he stopped snacking on Oreos at 2 a.m. and he works out for 20 minutes a day on a treadmill. The entrepreneur now sticks to a diet of salad and lemon pepper chicken wings from one of his nine Wingstop franchises around the country. 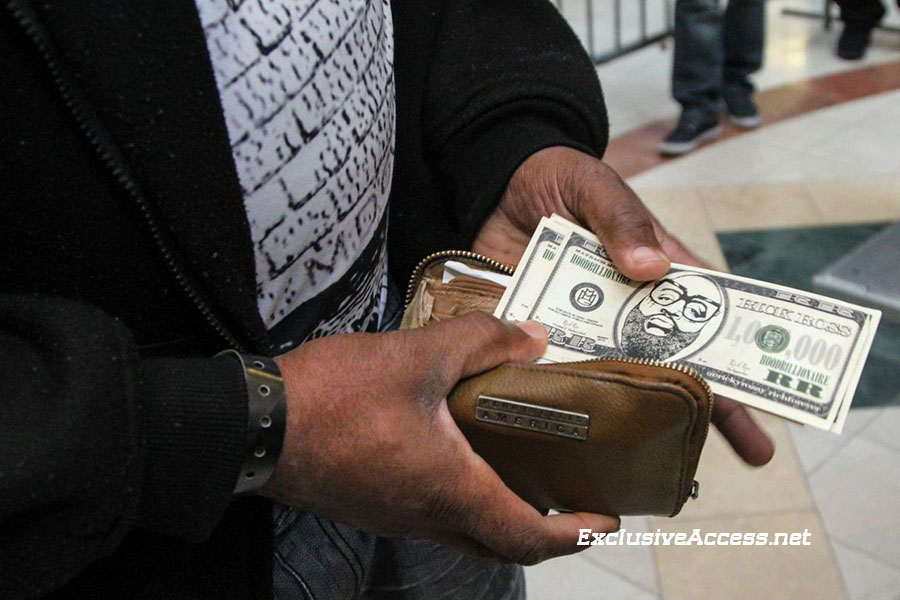 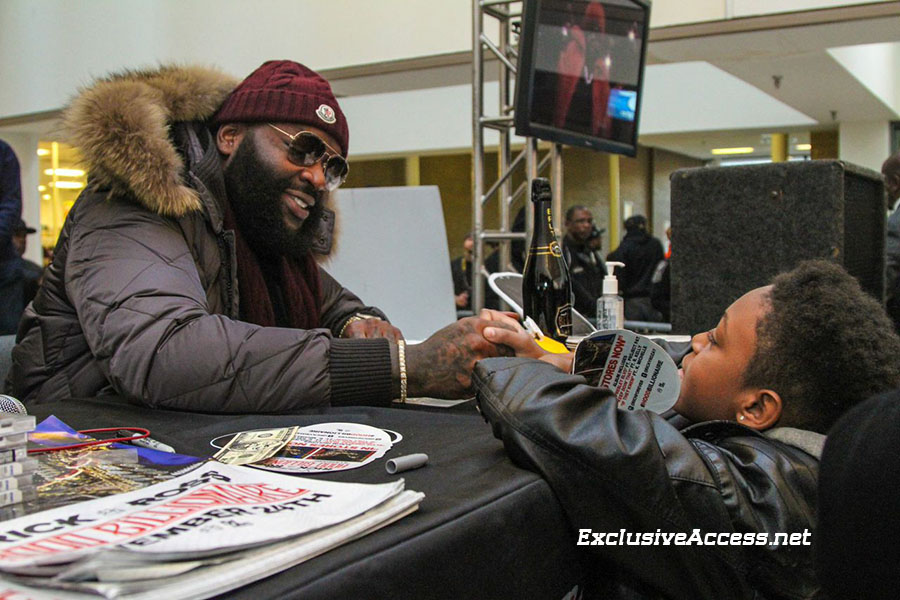