The paparazzi could drive a truck between socialite Kim Kardashian and her musician husband Kanye West as they arrived at JFK International Airport in New York City. A source who is close to the couple says Kim is desperate to birth Kanye's 2nd baby (to help boost TV ratings), but her endeavors are futile because Kanye reportedly went under the knife and forgot to tell Kim. Oops! I wonder if Kanye's operation is reversible?
Photos: Elder Ordonez/INFphoto.com

Butch lesbian Ellen DeGeneres, left, and her alcoholic "wife" Portia de Rossi posed provocatively on the red carpet at the 41st Annual People's Choice Awards at Nokia Theatre in L.A. on Wednesday. Ellen was dressed as a stereotypical male while Portia poured herself (get it?) into a Zuhair Murad jumpsuit.
Photo: Fitzroy Barrett/NP/Splash News 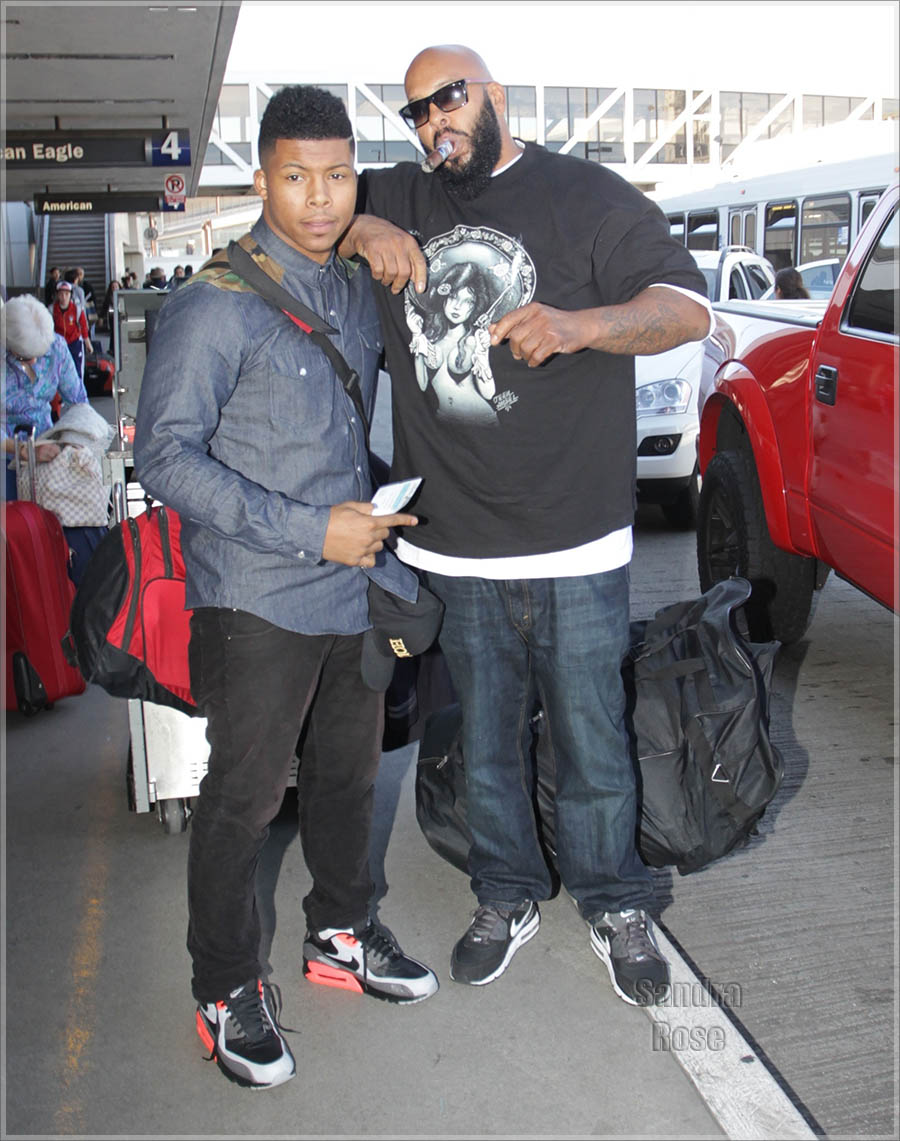