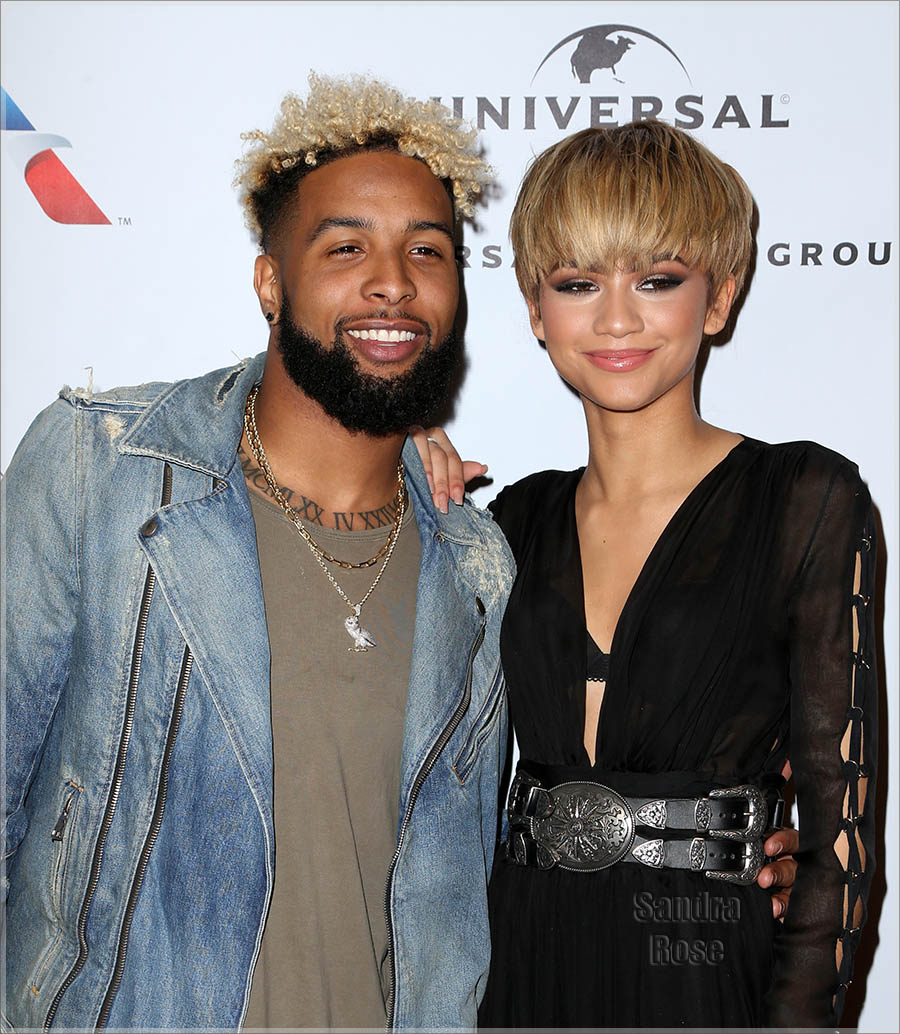 According to People.com actress and singer Zendaya Coleman, 19, and NFL star Odell Beckham, Jr. were spotted hand-in-hand at a Grammy after party on Monday.

PEOPLE reports that Zendaya and Odell were spotted at the Universal Music Grammys after party in Los Angeles holding hands.

"The two stood arm in arm as they posed for pictures – and stuck together like glue until photographers asked them for separate shots," PEOPLE writes.

PEOPLE adds that after the photo op, Coleman and Odell made their way into the party. PEOPLE claims wherever Zendaya went, Beckham, 23, followed close behind.

They do make a cute couple, but there are those pesky gay rumors about Odell. Maybe Zendaya doesn't mind dating a gay man?

Congrats to the happy couple.