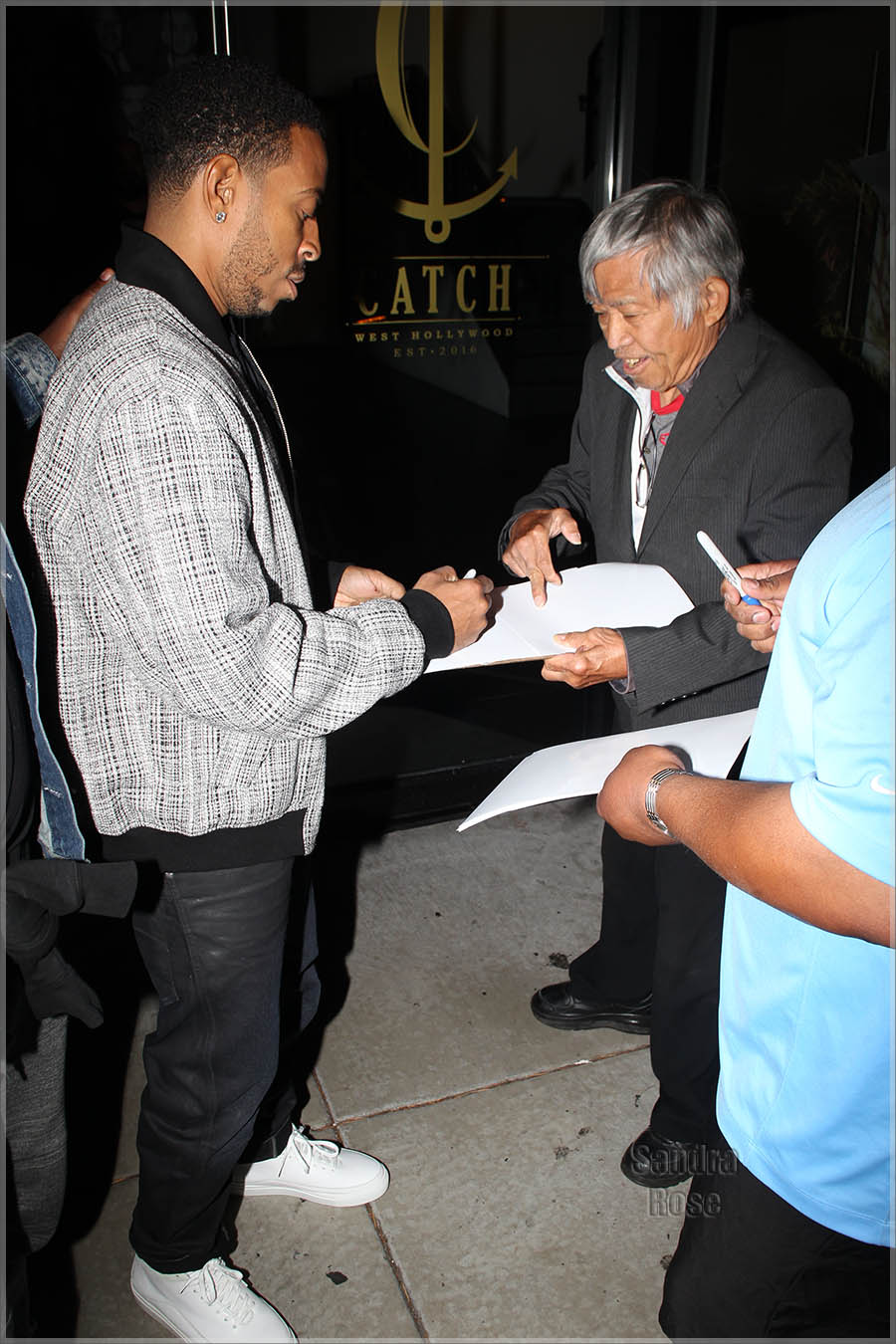 Rapper/actor Ludacris was spotted leaving Catch LA Seafood restaurant and lounge in West Hollywood on Monday night. After taking a few photos, the Fate of the Furious star stopped to sign autographs for fans. Fate of the Furious is the 8th installment of the Fast & Furious film franchise. Am I the only one who has only seen the original Fast and Furious movie?

Madonna's 20-year-old daughter Lourdes Leon was seen taking a leisurely stroll on the beach in Miami, Florida on Monday. Lourdes draped a silk Burberry scarf around her neck as she walked with friends.

Troubled rapper Chief Keef was spotted at LAX in Los Angeles, CA. on Monday. He was fresh out of jail after yet another arrest, this time for a traffic infraction in Miami. Keef was dressed casually in a BAPE print hoodie, black sweat pants and GucciGhost print slides.