Super model Heidi Klum caused controversy when she was photographed kissing her oldest son, Henry, on the mouth. Many observers argue that Heidi's behavior with her 11-year-old son on a beach was inappropriate. Google the photo if you haven't seen it. Heidi attended NBC's 'America's Got Talent' Season 12 Live Show in Hollywood on Tuesday. 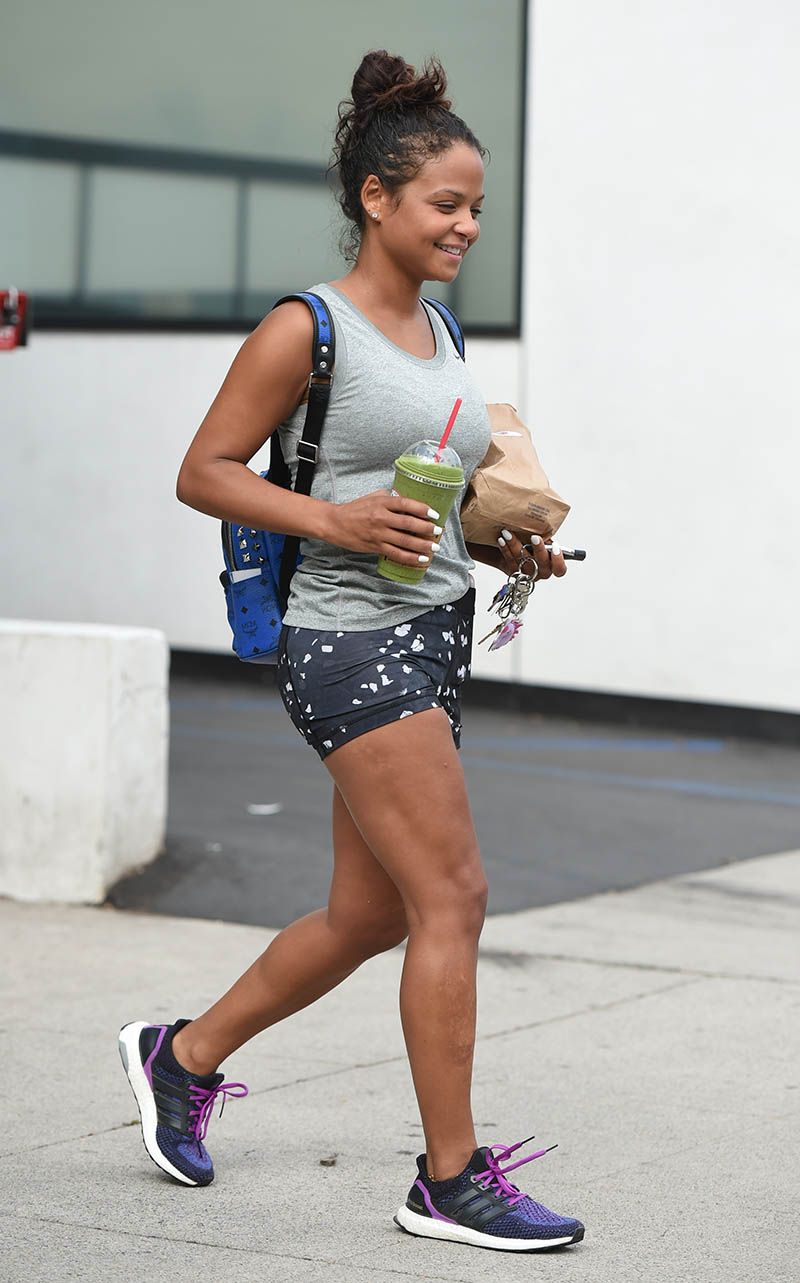 Singer Christina Milian showed off her toned legs as she grabbed breakfast for her and her daughter Violet Nash at a deli in Los Angeles.

Model/host Tyra Banks looked like a baby doll as she posed for photos at NBC's America's Got Talent Season 12 Live Show held at Dolby Theatre in Hollywood on Tuesday.