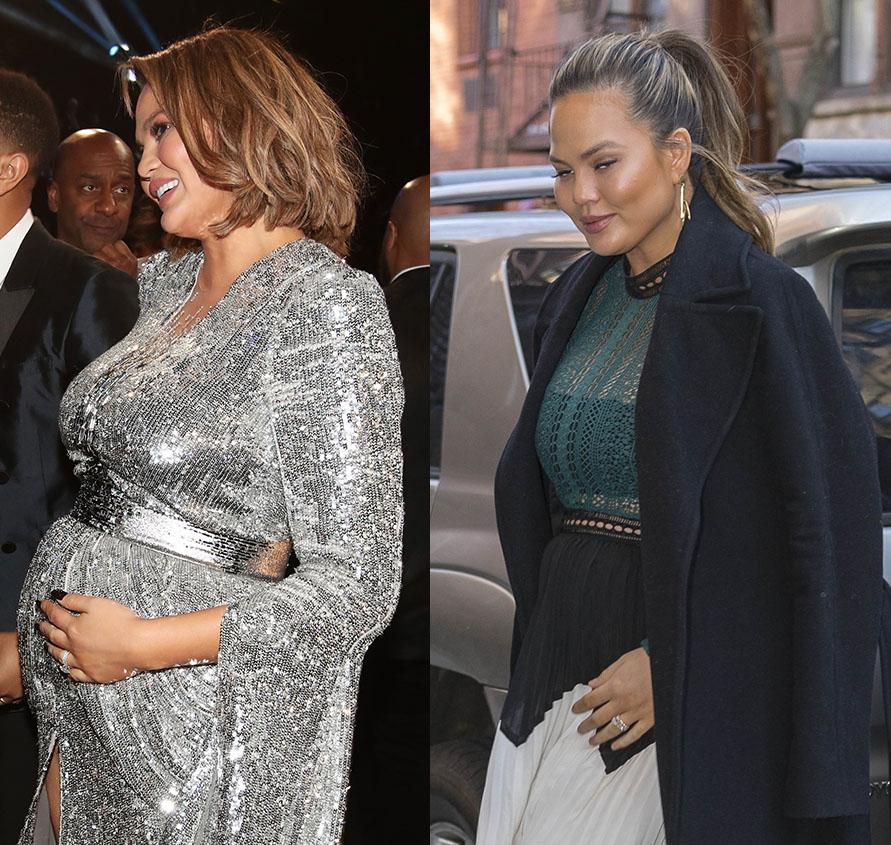 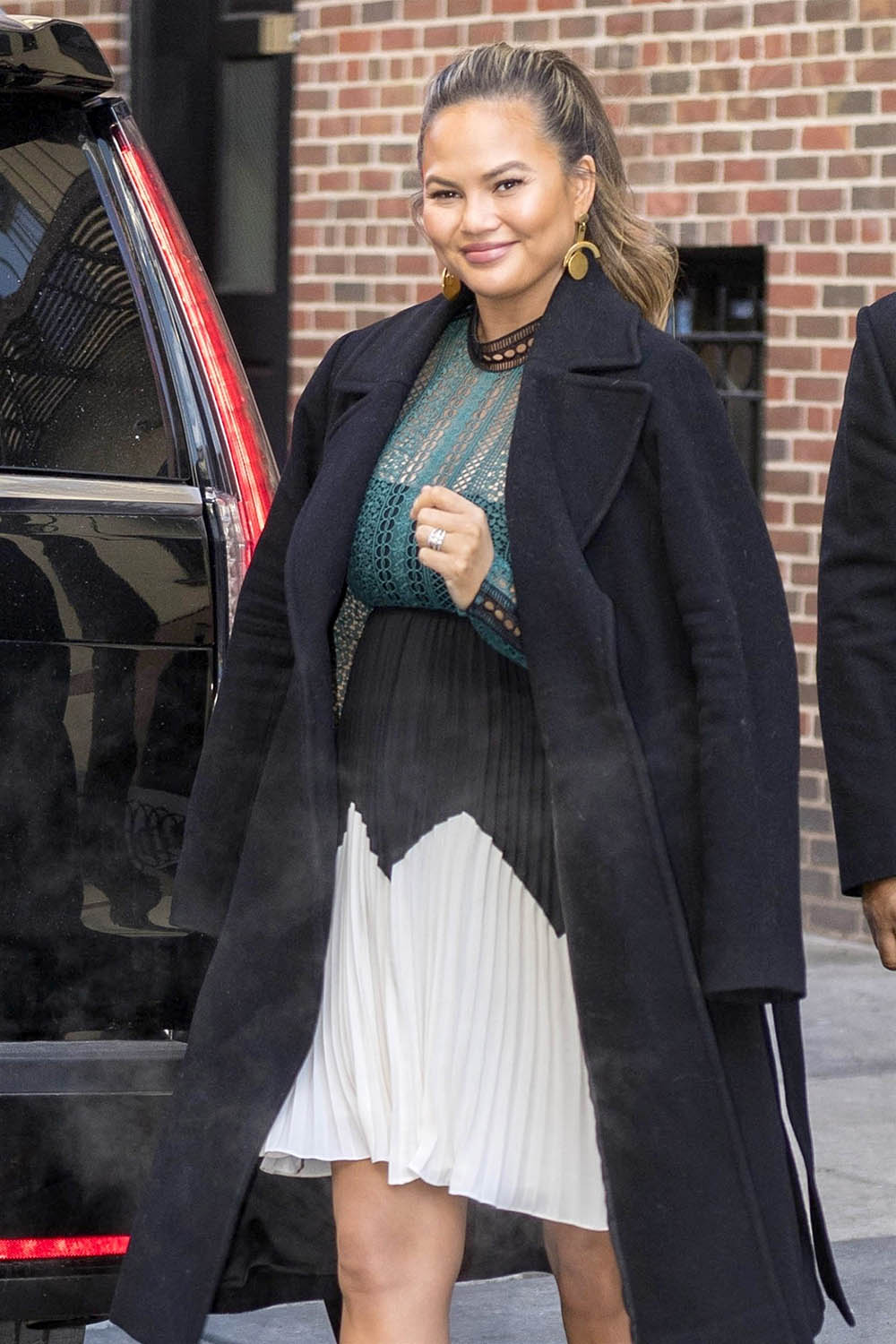 During the Grammys, Chrissy could barely walk under the weight of her baby bump. But on Wednesday she had a bounce in her step as she hopped off the curb.

During an appearance on the Tonight Show Starring Jimmy Fallon on Tuesday, Chrissy revealed she was only 5 months pregnant, despite her rather large baby bump suggesting she might be further along.

"I just had to say it because everybody thinks I'm due tomorrow... Nope. Just second baby!" She laughed.

John and Chrissy are already parents to 21-month-old daughter Luna. 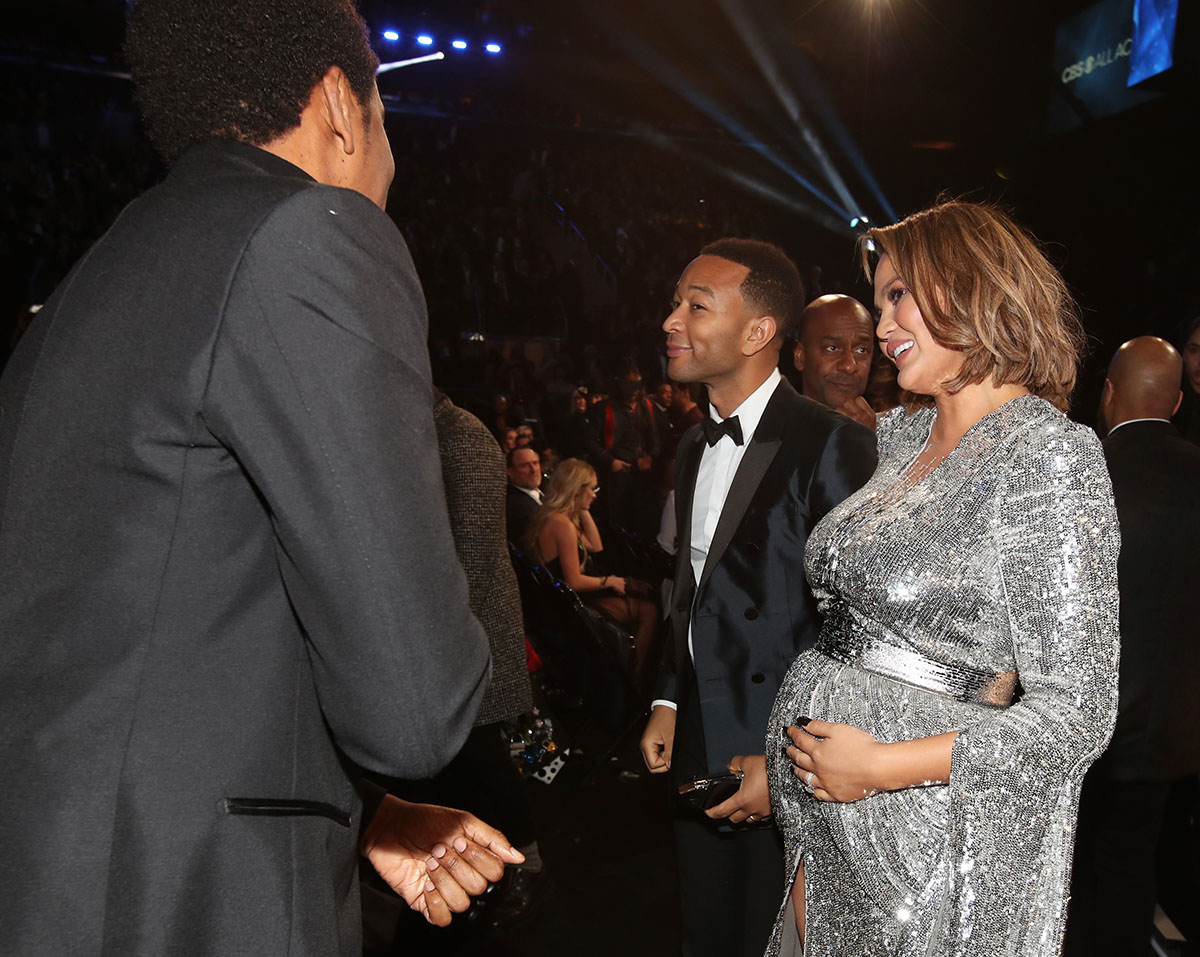 Chrissy and John did manage to take photos with Beyonce and JAY-Z at the Grammy ceremony, with Chrissy admitting she was stunned by Beyonce's beauty.

"She just emits this aura that is spectacular," the Lip Sync Battle host gushed.

Beyonce was also accused of wearing a fake prosthetic device before her 6-year-old daughter Blue Ivy Carter was born to a surrogate.