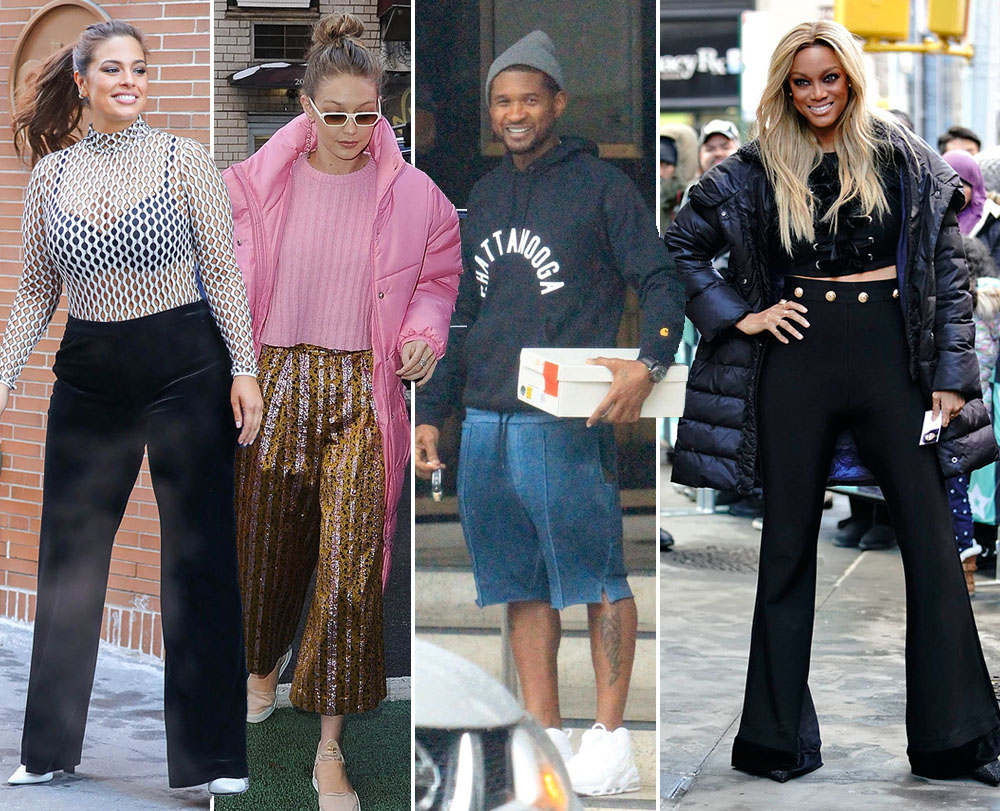 Models Ashley Graham, Gigi Hadid, singer Usher Raymond, and Tyra Banks were spotted out and about on Monday. Gigi, 2nd from left, stepped out for French food Little Prince in New York, rocking a Pink puffy coat over a pink sweater and paired with gold striped pants. 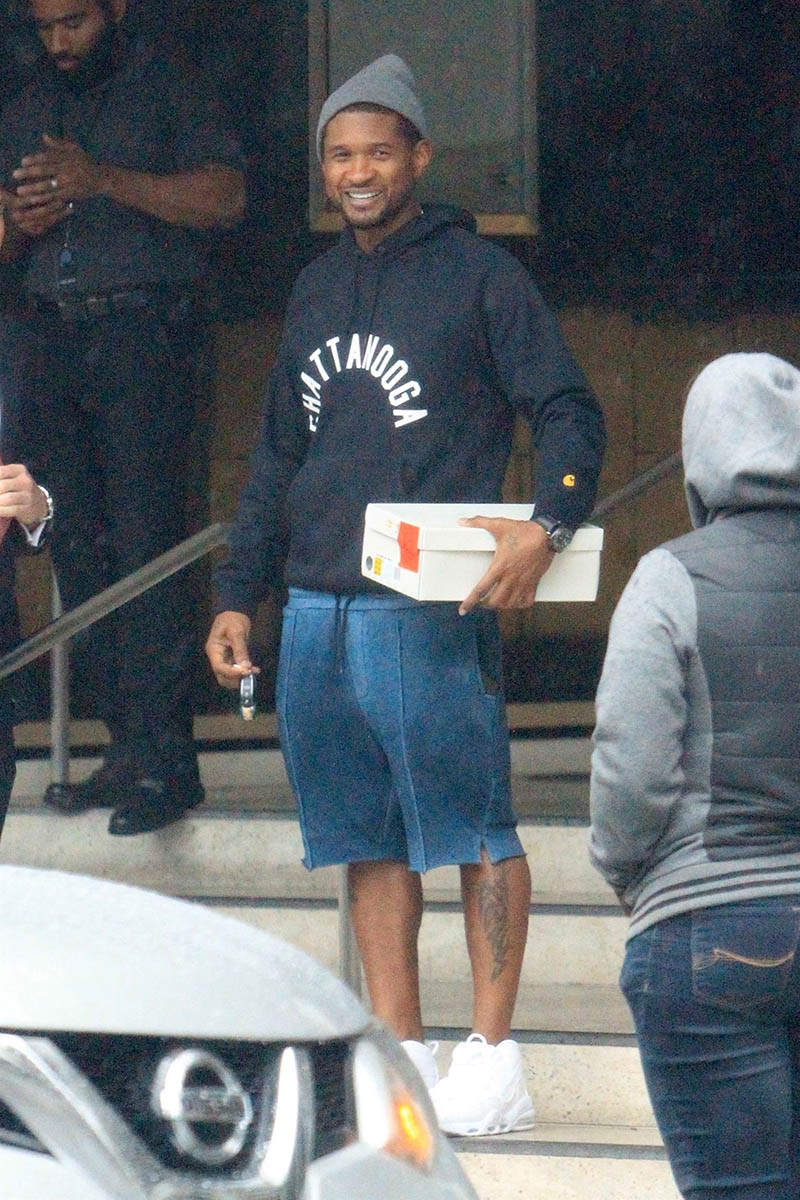 Singer Usher braved the rain as he stopped to buy some shoes in Beverly Hills. As he waited for his car at the valet he paused to take a selfie with a fan.

America's Next Top Model host Tyra Banks was all smiles as she left the studio after attending the AOL Build event in New York City.

Model Ashley Graham looked sexy in a see through crochet top while greeting her fans out side after visiting AOL Build in New York City.