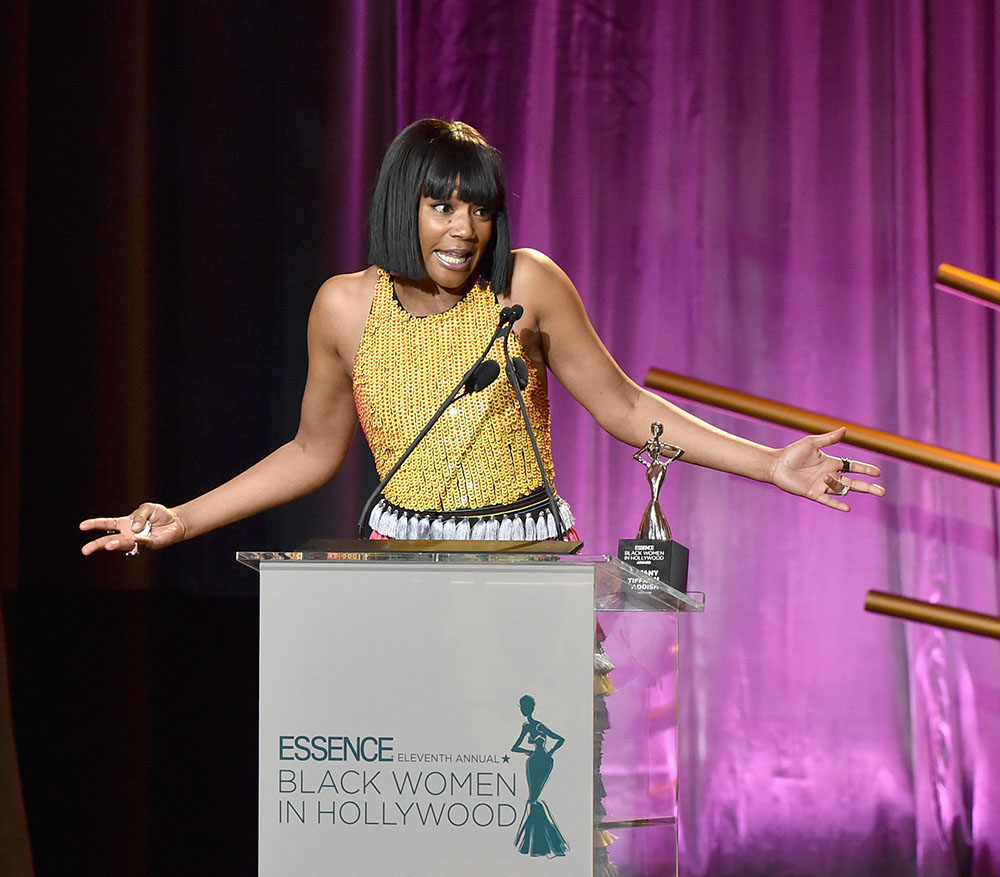 A brazen thief made off with a gift bag that contained Tiffany Haddish's makeup kit and a Fendi bag belonging to her makeup artist, Dionne Wynn. The bags went missing at the 11th Annual ESSENCE Black Women in Hollywood Awards Gala held at the Beverly Wilshire Four Seasons Hotel in Beverly Hills on Thursday.

The 38-year-old comedienne uploaded a video to Instagram.com late Thursday, pleading with the fan who took the bags to return the items, no questions asked.

"Hey y’all it’s me Tiffany Haddish. I just had to keep it 100 with you," the L.A. native began. "I had an awesome time at the Essence Black Women in Hollywood event, but here’s the thing, okay, me and my 'She Ready' team was taking pictures together and they had gave us gift bags. And my make-up artist had put her bag inside the gift bag and then the girl who said she was going to WATCH THE BAGS and not let nobody TAKE THE BAGS let somebody TAKE THE MOTHERF**KING BAGS!"

Someone sitting next to Haddish said, "And the Fendi bag!"

The actress responded, "And the Fendi bag that was in there!"

She added: "So if you was at the Black Women in Hollywood Essence event, check your gift bag and hit me back! Because we need that Fendi bag back. Thank you!"

The Girls Trip actress was just one of the black A-listers who took home an award at the star-studded event in Beverly Hills. She looked stunning in a multicolored, floor-length tassel skirt with matching gold sequined top from Alice Olivia's Spring/Summer 2018 collection.