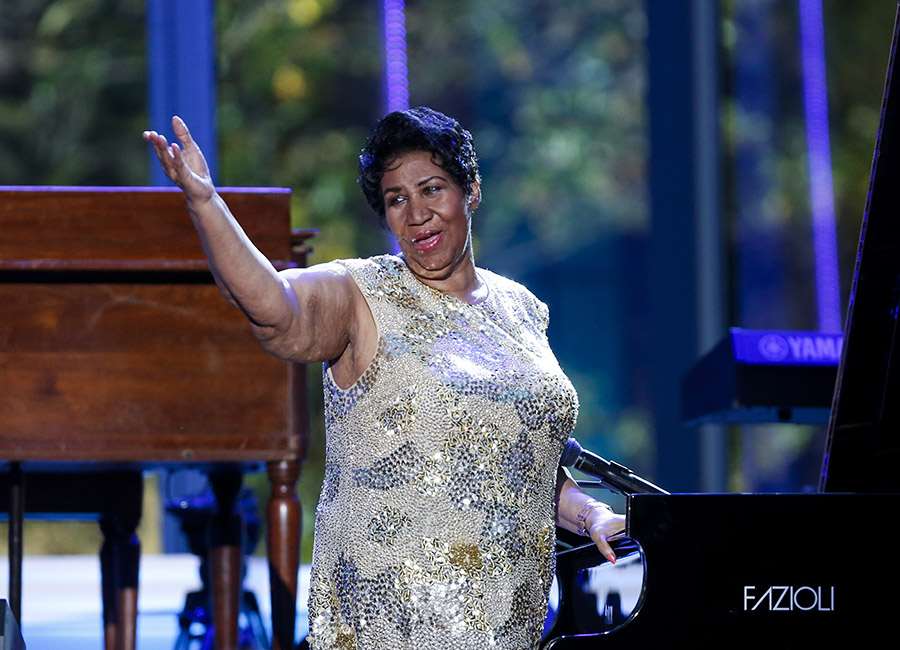 Today marks the first of four days of public viewings in Detroit, MI, for Aretha Franklin who passed away on August 16 at her Detroit apartment after a long battle with pancreatic cancer.

Thousands of mourners queued in long lines that stretched around the Charles H. Wright Museum of African American History where the Queen of Soul lay in repose in a golden casket.

Aretha is dressed in a red gown accessorized with red high heel pumps. Her casket is surrounded by hundreds of bouquets of pink, purple, and yellow roses.

Mourners are traveling from thousands of miles away to view the great soul singer whose classic songs formed the soundtrack of their lives.

“I think it’s incredibly significant — she is being honored almost like a queen at one of the most important black museums in the United States,” said Paula Marie Seniors, an associate professor of Africana studies at Virginia Tech.

The funeral will be held Friday, August 31, at Detroit’s Greater Grace Temple, where dozens of stars are expected to perform, including Stevie Wonder, Faith Hill, Ronald Isley, Chaka Khan, Fantasia, Jennifer Hudson and Yolanda Adams. The funeral is closed to the public.

Aretha at rest. I’m guessing they’ll put her purse next to her after the viewing ends. #RIPAretha pic.twitter.com/VR4sRmeKC1

Hundreds have already lined up this morning to pay their respects to Aretha Franklin – @Local4News pic.twitter.com/4EuuIbUMde

Here’s the card being passed out at the Charles H Wright museum for #ArethaFranklin visitation. Perfect quote. #local4 pic.twitter.com/82FulYL8Fk

The body of #ArethaFranklin arrived at the Charles H. Wright Museum in #Detroit this morning in this 1936 LaSalle from Swanson Funeral Home for the first day of public visitation. @freep pic.twitter.com/XPnpkVkMD7