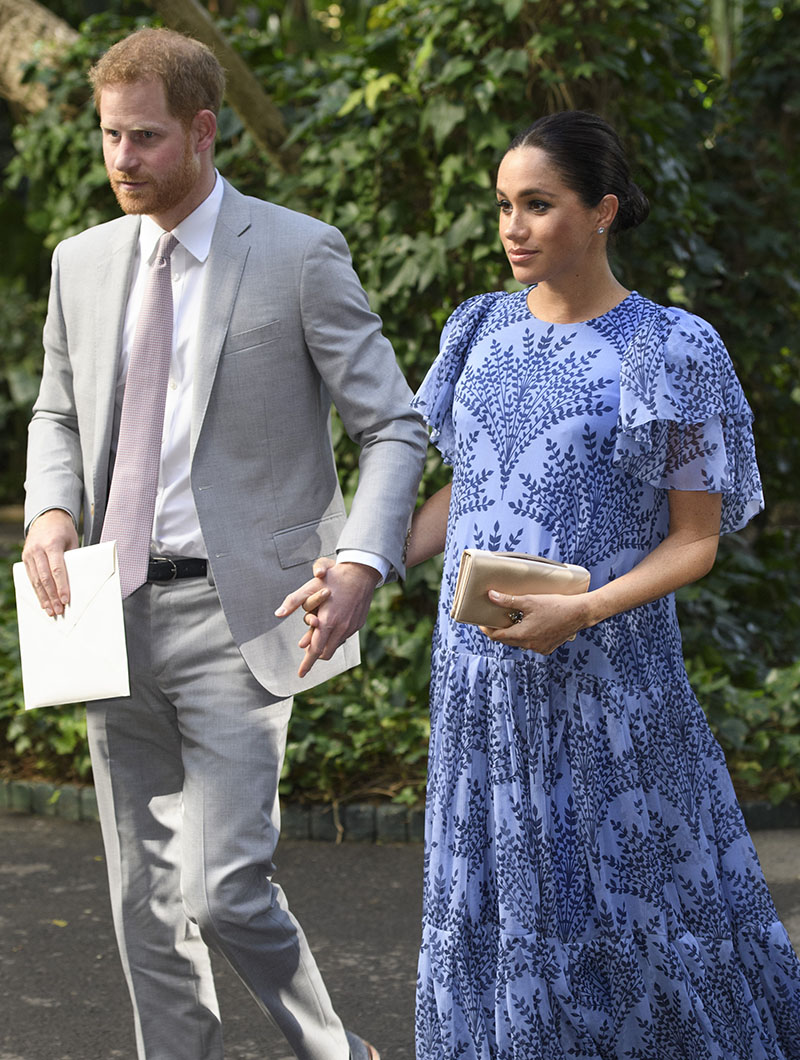 The Duke and Duchess of Sussex Prince Harry and Meghan Markle visited with King Mohammed VI for a private meeting at the monarch’s residence in Rabat on Monday, Feb. 25. The royal couple wrapped up their three-day whirlwind Morocco tour in North Africa. 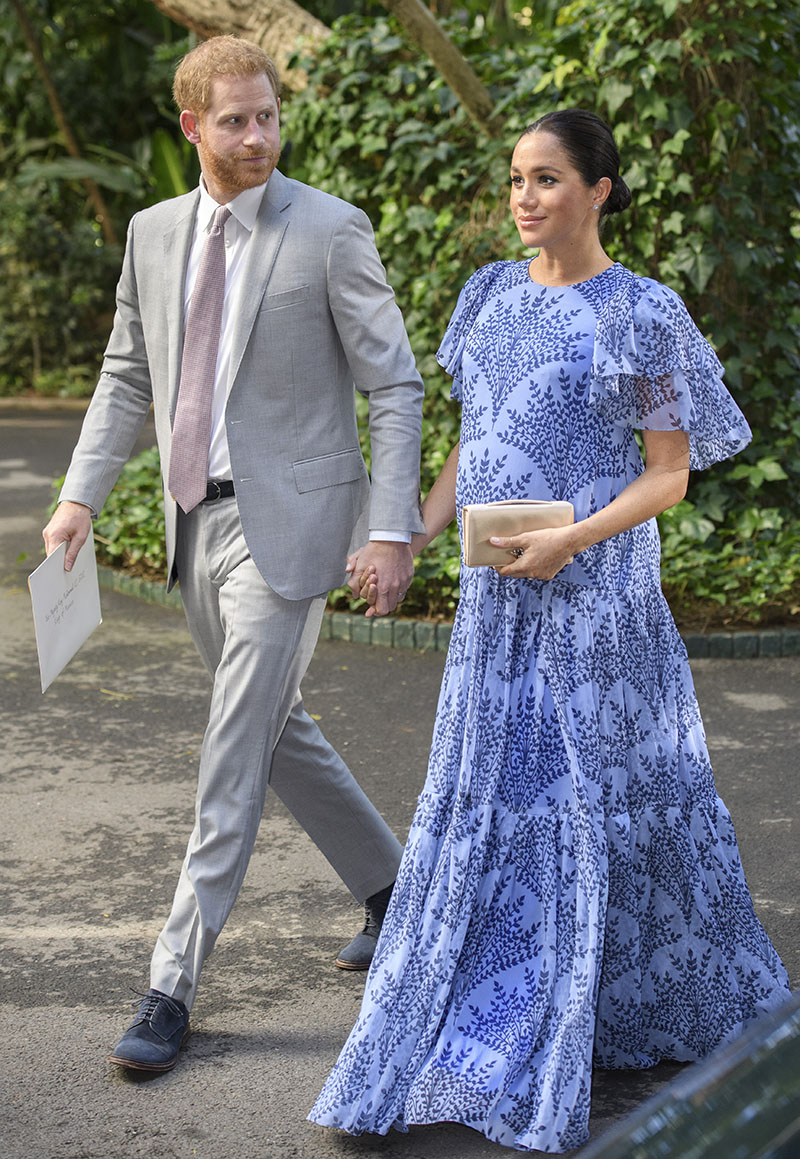 Meghan, 37, looked stylish in a $5,600 custom made blue Carolina Herrera maternity gown as she joined her husband for a meeting with King Mohammed VI at the monarch's traditional residence in Rabat. 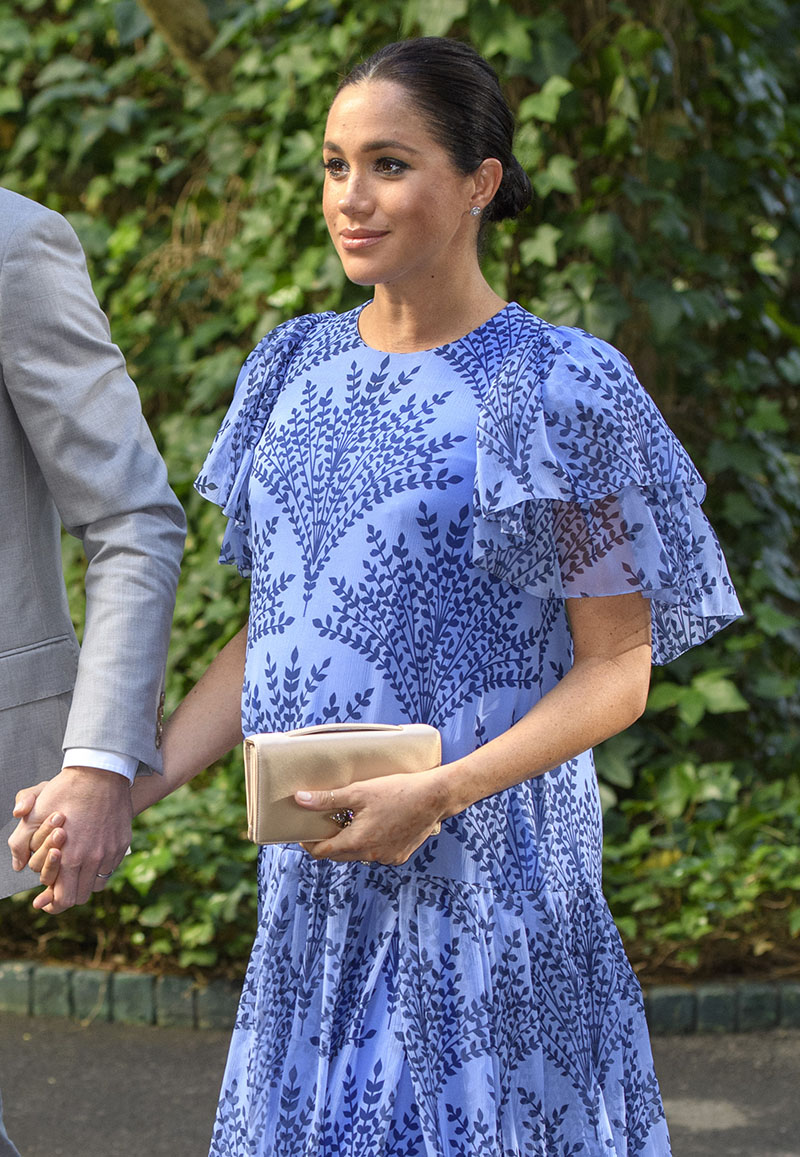 According to the Daily Mail UK, the flowing gown is from Herrera's 2019 collection. The gown features a crew neck and fitted waistline with short flared frilly sleeves. 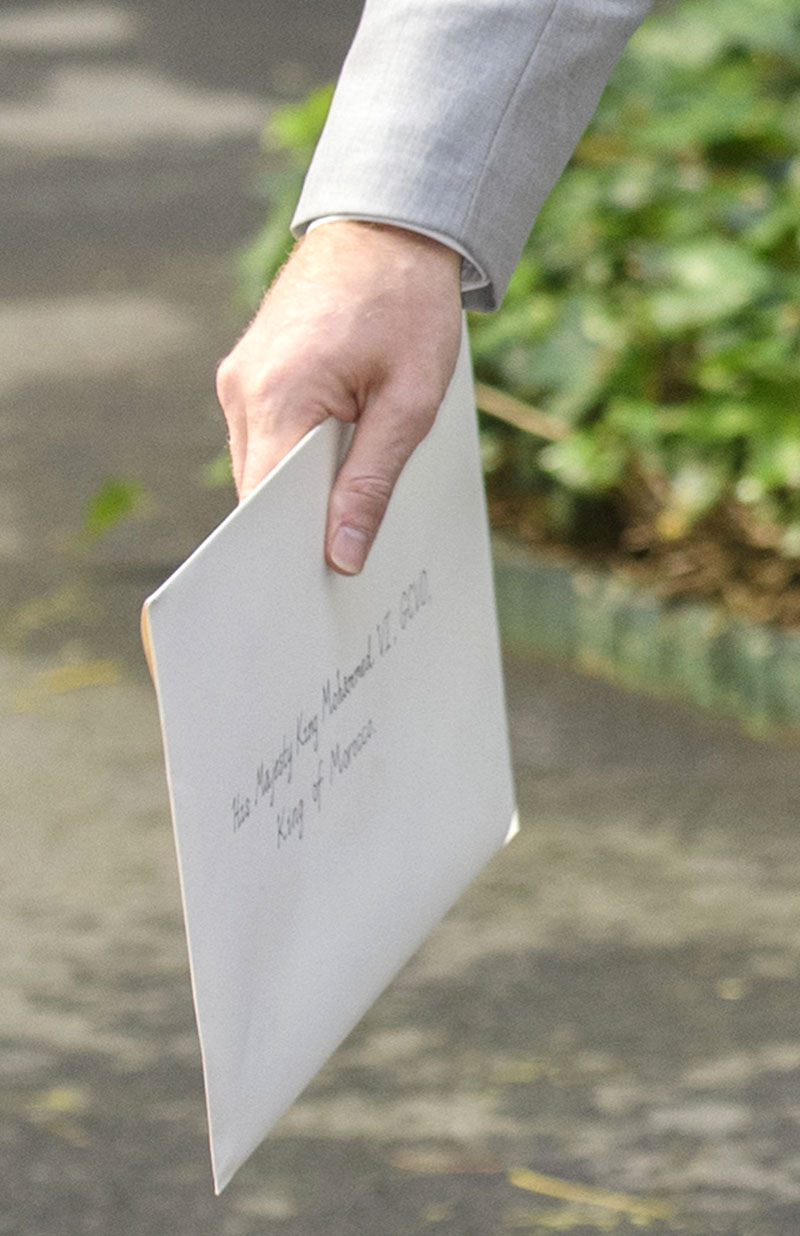 Prince Harry carried a letter addressed to King Mohammed VI as he arrived at the royal residence. 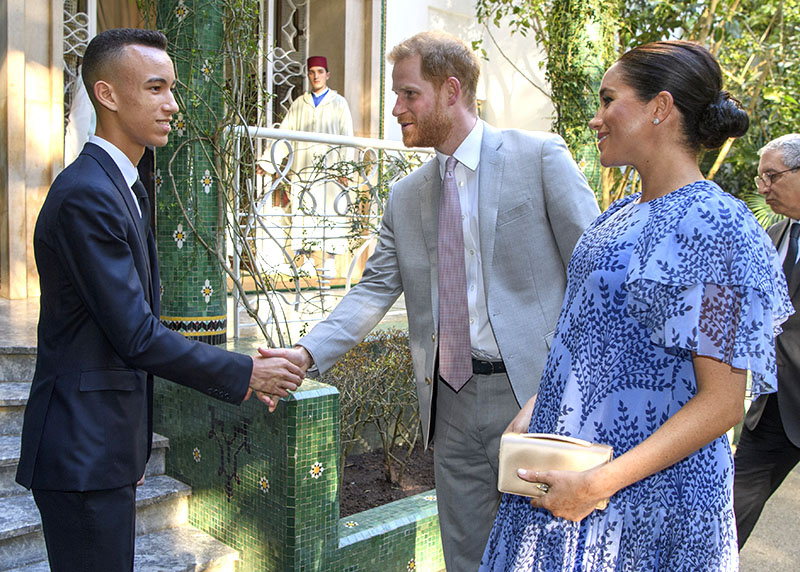 After arriving at the residence in a vintage Mercedes-Benz loaned to them by the King, the royal couple was greeted at the front door of the 1950s mansion by 15-year-old Crown Prince Moulay Hassan.

You may remember young Moulay as the adorable 10-year-old prince who repeatedly objected to grown men kissing his hand in a viral video in 2013 (click to watch). 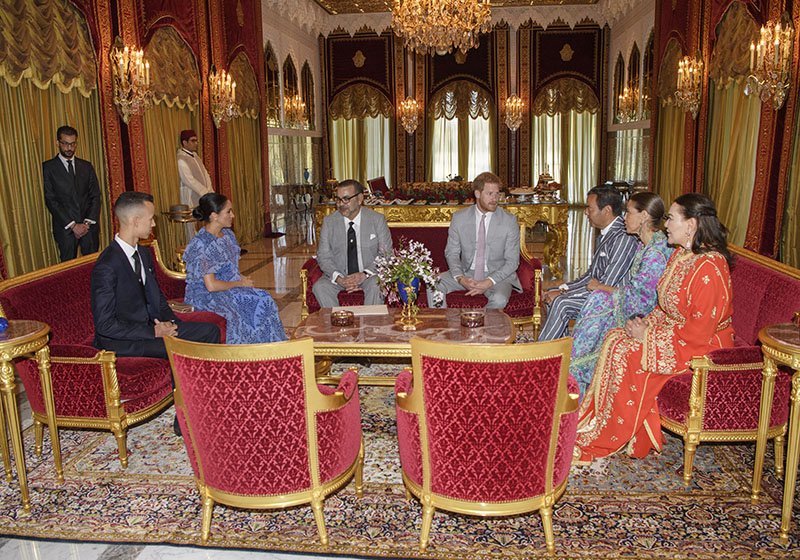 The royals were joined by the King's sisters and brother (seated right).

Noticeably missing was the King's wife Princess Salma. Dubbed Morocco's "missing princess", Moulay's mother Lalla Salma, now 40, has not been seen in public since 2017 when she visited the Mohammed VI Museum in Rabat.

There has been endless public speculation about her whereabouts, according to the Daily Mail. Some speculate that the King and Salma have divorced and she is living in exile in the United States, or on the Greek Island of Kea with the couple's daughter Princess Lalla Khadija, who turns 12 on Feb. 28.

The Moroccan media was instructed to ignore the Princess's disappearance from the public eye. Lalla Salma is known for advocating for HIV/AIDS prevention and encouraging women's empowerment. Meghan is also a supporter of women's rights.

It isn't clear if Meghan asked the King about Princess Salma's whereabouts.