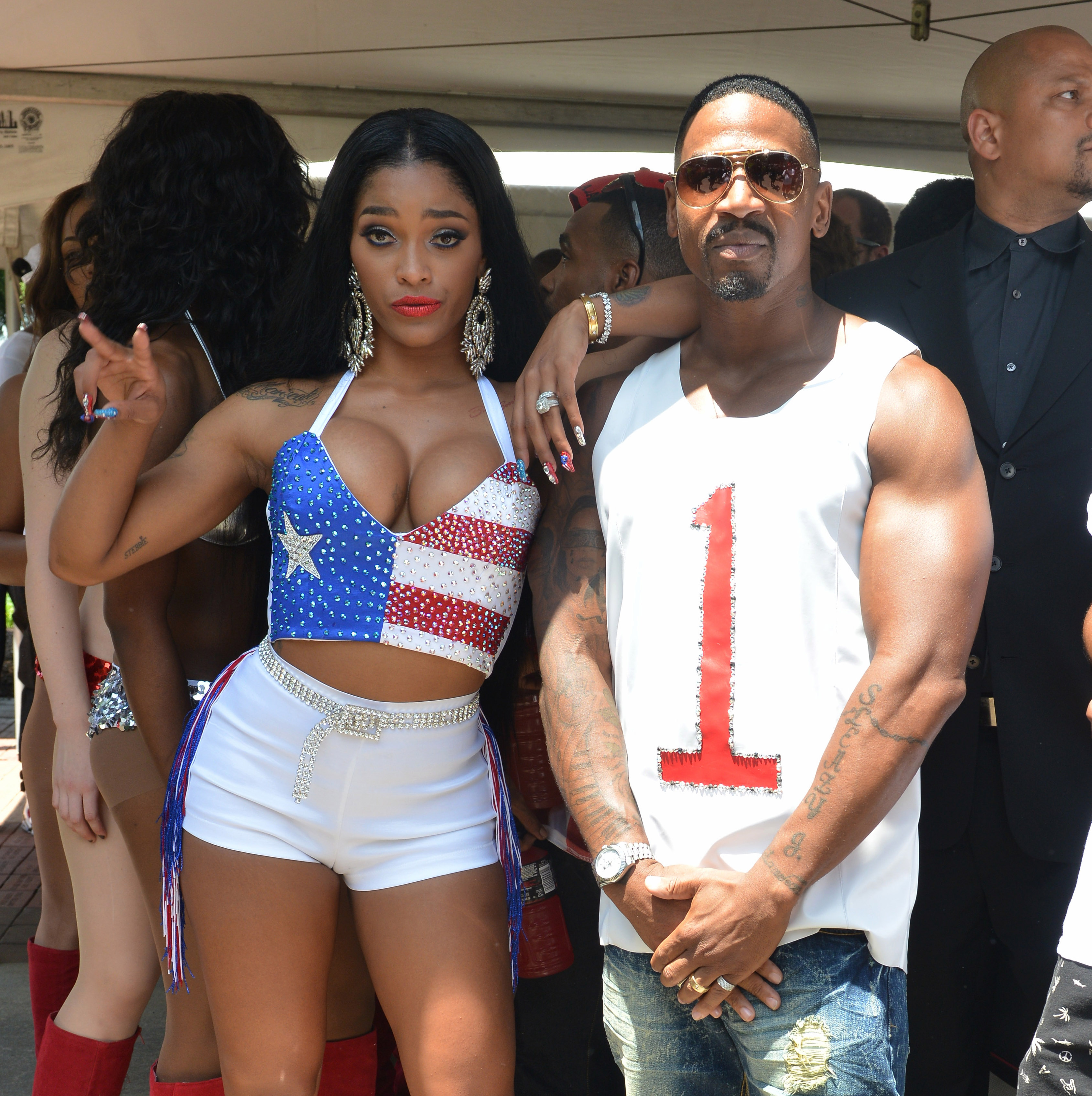 Joseline Hernandez made a heartbreaking plea to a judge to return her daughter, Bonnie Bella, after her ex Stevie J was granted primary custody of the 2-year-old. Joseline lost custody of her daughter after she repeatedly violated a custody order to give Stevie visitations.

According to court documents obtained by The Blast, Joseline, 32, refused to turn over their daughter for Stevie’s court-ordered visitation in Miami.

After Joseline flew from Miami to California with the toddler to film episodes of a reality show, Stevie flew to California to get his daughter. But en route to the West Coast, Joseline and Bonnie caught a flight back to Miami.

After returning to Atlanta, Stevie rushed to court demanding a judge arrest Joseline for violating their custody agreement.

While at court, a loyal Sandrarose.com reader spotted him sitting alone and snapped this photo.

Stevie, 47, claimed Joseline bought a second home in Miami last year. The former couple lived in Atlanta together prior to her moving. Stevie said he was forced to travel five times to Florida to see his kid and was denied access each time. He accused her of willfully and intentionally preventing him from seeing his child.

The judge sided with Stevie and issued an arrest warrant for Joseline, whose real name is Shenellica Bettencourt. The judge also turned over custody of Bonnie Bella to her father. Stevie posted photos of the toddler on his Instagram account.

Joseline filed a motion in court begging the judge to return her daughter. Joseline’s lawyer claims Stevie – and the court – should have known that she was working on a reality TV show in California, and she couldn’t physically appear in court in Atlanta.

She denies Stevie’s allegations that she repeatedly refused to let him have visitation time, and she urged the judge to withdraw the arrest warrant which is still active.

The former exotic dancer was discovered by Stevie. The couple appeared on Love & Hip Hop: Atlanta together. They married in 2013.

The custody case is ongoing.