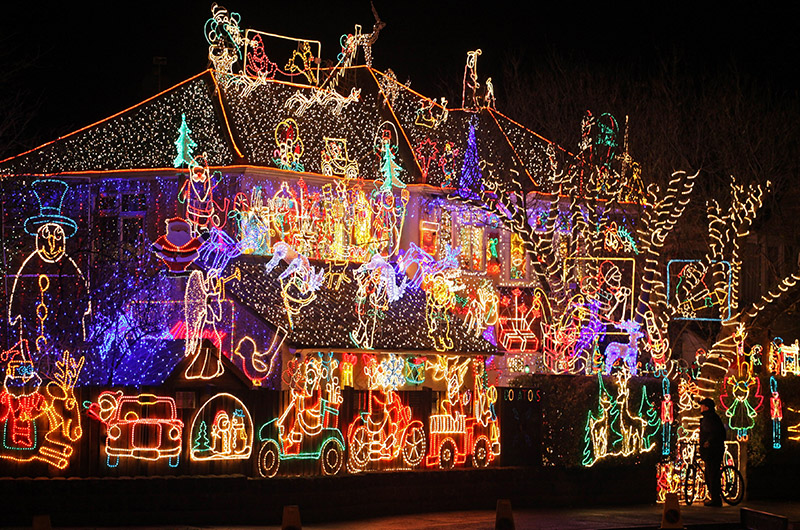 A Texas family has been ordered to take down their festive Christmas display after neighbors complained it's too early.

The San Antonio police have a lot more to worry about than Christmas decorations, but the homeowners association for Nick Simonis's neighborhood threatened to call the cops when he refused their demands to take the display down.

The Simonis family received notice from the Diamond Association Management & Consulting on Nov. 4, three days after they put up their holiday decorations.

The homeowners association said the elaborate Christmas decorations — including a life-size inflatable snowman - must come down because it's too early for holiday decorations.

Claudia Simonis, who is eight months pregnant, said they put the decorations up now because, after she gives birth, she will be too busy to help put up the decorations later.

"Because probably in two more weeks, I'm not going to be able to build all this," she told WOAI News.

The display includes reindeer and a Santa Claus holding on to a helicopter. But the HOA complaint only mentioned the snowman. The family told WOIA that they refuse to remove their decorations.