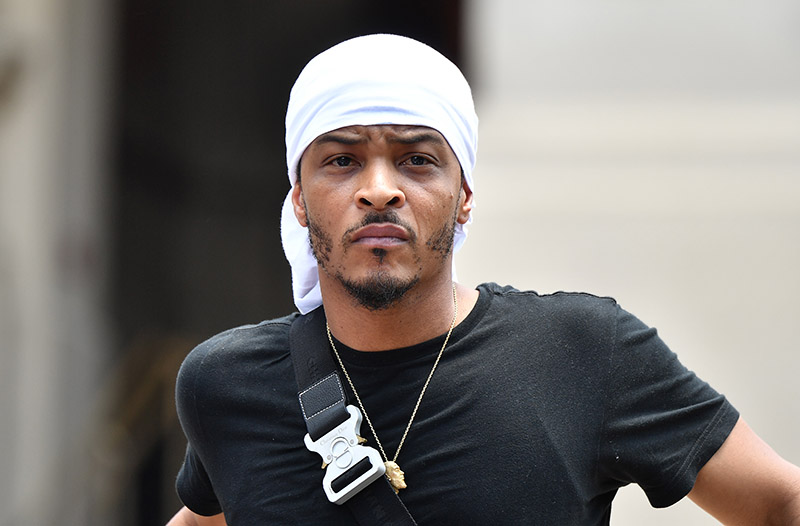 Tip "T.I." Harris had a strong reaction to a viral video that shows a Clayton County police officer holding 5 Black teens at gunpoint.

The incident happened on Monday night in Clayton County, Georgia after police received a 911 call about a group of teenagers who allegedly robbed a convenience store while waving a gun.

Clayton PD released audio of the 911 call to the local news media. In the 911 call, the clerk tells the dispatcher the boys appeared to be fighting in the parking lot.

According to 11 Alive News, an officer arrived within minutes and was told the direction that the boys ran in.

Body camera footage shows a group of Black teens on foot. He got out of his police cruiser and pointed his service weapon at them.

"Stop! All of y'all stop! Get your hands up! Up! Walk toward me," he shouted at the teens. "Get your hands up or you're going to get hurt... Just relax. Please, I don't want to hurt any of y'all."

The incident was captured on cellphone video and quickly went viral.

Someone is heard saying, "Please, sir. They kids. Don't shoot."

"Why you got a gun out?" another person shouted.

"Because I'm being safe," the officer responded.

When backup units arrived, an officer searched the boys and recovered a BB gun from one of them.

T.I. was irate after viewing the video on Tuesday.

"Why don't we ever see little white kids being held at gunpoint?" the "ASAP" rapper asked.

Other activists and community leaders called for the cop's immediate termination.

A protest march is scheduled for Wednesday.