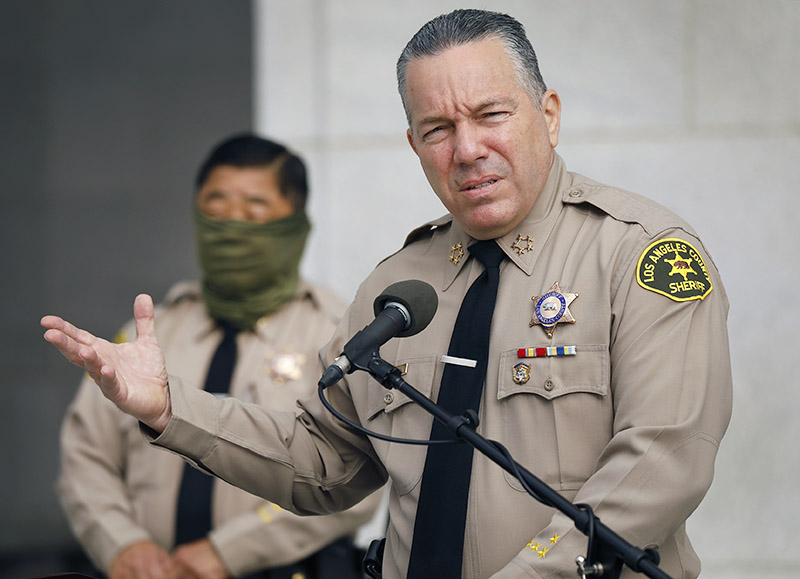 A 36-year-old man has been charged with the shooting of two Los Angeles County Shriff's deputies during an ambush earlier this month in Compton.

Deonte Lee Murray was charged with 2 counts of attempted murder in the September 12 ambush as they sat in their squad car outside a Metro bus station.

The motive is believed to be "gang rivalry" with members of the Sheriff's department.

Sheriff Alex Villanueva (pictured above) announced that public outrage over the shooting sparked private donations had pushed the reward for the suspect's capture to nearly $700,000.

Both deputies, a 31-year-old woman and 24-year-old man, were shot multiple times, but have since been released from the hospital.

Murray was arrested Sept. 15 after being accused of shooting a man during a carjacking on Sept. 1 in Compton.

According to investigators, he shot the carjack victim in the leg and stole his black Mercedes sedan, which he used for his getaway. Murray was arrested following a high-speed car chase and standoff, authorities said.

Bail is set at $1.24 million. If convicted on all charges, Murray faces a possible maximum sentence of 25 years to life in state prison.