Holly Robinson Peete claims President Donald Trump once called her the N-word on the set of his popular reality TV show Celebrity Apprentice.

Peete, a former contestant on Celebrity Apprentice 3 season 9, made the claim during an appearance on The Karen Hunter Show on SiriusXM Urban View. 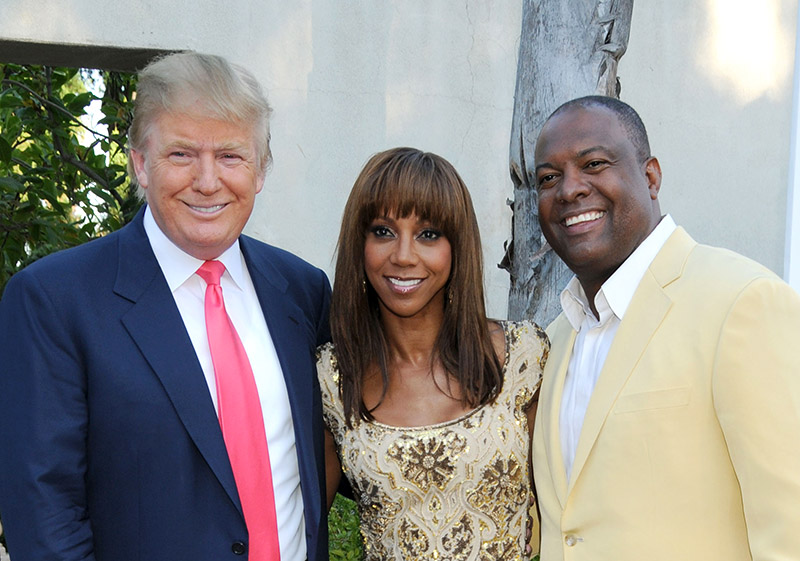 Peete is pictured with Trump and her husband Rodney Peete at their HollyRod Foundation event in 2010.

She said before she agreed to appear on Celebrity Apprentice 3 season 9, she asked producer Mark Burnett, "You're not going to try to make me the new Omarosa, make me the mean Black lady or anything, are you?"

"I found him to be kind of piggish and bullish and stuff," she said of Trump, "but I didn't find him to be just this - who he is now, I did not see that."

Peete, who is still salty after her loss to Bret Michaels in 2009, said she heard that Trump was talking about her behind her back.

She said she heard "rumors" that Trump "had tossed out an 'N-word' referring to me."

"When the producer told me when it happened, during the finale, I remember the moment. I wasn't in earshot, but I could see them deciding between me and Bret Michaels."

She recalled seeing Trump "talking with producers and they're really animated and that was when I heard that he said, 'They want the 'N-word' to win.' Because I guess the network wanted me to win or me to be chosen and Trump wanted Bret."

To clarify, Peete didn't actually hear Trump utter the N-word herself. Hopefully she's not setting herself up for a slander lawsuit.